The Top 10 Things To Do And See In Barrio Brasil 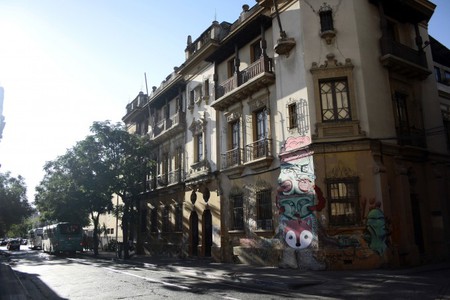 Nestled in the center of Santiago, Chile, is Barrio Brasil. Once home to some of the country’s wealthiest families, the area was neglected for many years before developing into a cultural and artistic stronghold around the turn of the millennium. Nowadays, it’s one of the most popular neighborhoods in the city. Here, we list the top ten things to do and see. 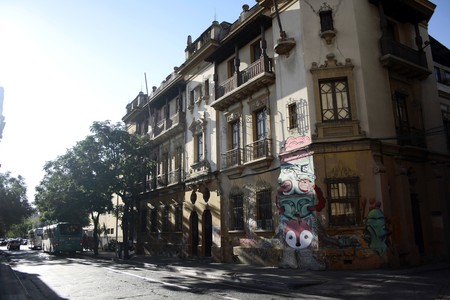 Wandering around Barrio Brasil is like taking a crash course in grand architecture. In the space of two minutes, you’ll pass old mansions built in art nouveau, neo-gothic, Haussman and neoclassical-Spanish styles, all standing shoulder to shoulder and all now put to more communal use. Some are divided up into apartments, others house everything from boutiques to artists studios. Strolling through these streets that feel simultaneously old and new is a fascinating experience, and is an excellent way to spend a couple of hours. 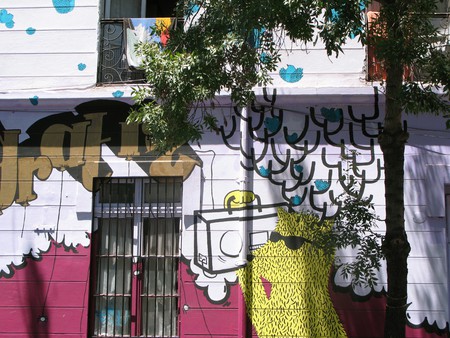 Plaza Brasil is the cultural hub around which the rest of the neighborhood revolves. During the day, young children play on the brightly colored sculptures scattered among its shady palms. At night, it’s where locals gather to hang out before making a beeline for one of the numerous bars and clubs in the surrounding streets. It also plays host to all sorts of outdoor events throughout the year. On its southern edge is a cultural center founded to commemorate Víctor Jara, a poet and political activist who lived and worked in Santiago. A great place for soaking up the arty, community-oriented atmosphere that typifies the area. 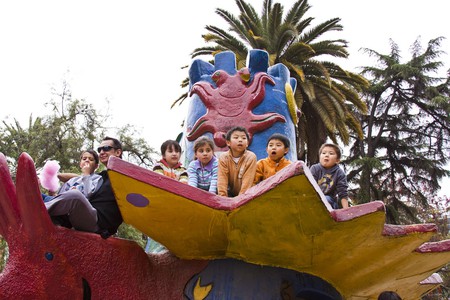 Admire The Roof At The Estación Central (Central Station)

Situated at the neighbourhood’s western corner is the Estación Central. Officially known as Estación Alameda, it is Santiago’s only railway station. Even if you don’t have a train to catch, it’s worth visiting the station to gawp at its huge art nouveau roof. Built by French steel firm Le Creusot at the end of the nineteenth century, the structure was declared a national monument in 1983. The abundance of beautiful buildings is one of Barrio Brasil’s many charms, and the Estación Central is right up there, literally and figuratively, with the best of them.

The elegant Zully Restaurant occupies the ground floor of a mansion that was once home to Chilean poet Vicente Huidobro. One of many redevelopment projects in this architecturally grand section of the neighborhood, Zully has three high-ceilinged dining rooms with walls adorned with funky paintings and photos of Chilean soccer players. On offer are a mix of Chilean and European dishes plated up fine-dining-style. Try the sesame-encrusted seared tuna or the wild boar loin served with pistachio crumbs and blueberries. There is a courtyard out the back, a fountain in the square out front, and a snazzy cocktail bar adjoining the main restaurant. 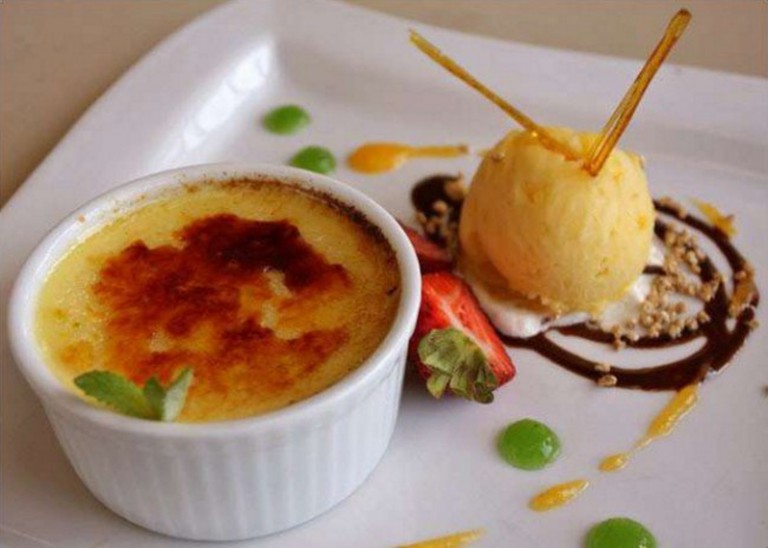 Go To The Basílica del Salvador

The Basílica del Salvador stands on the corner of Huèrfanos Street and Almirante Barroso Street, a short walk east from Plaza Brasil. Designed by a German architect, it is an imposing, neo-Gothic building which from a distance looks a little like a piece of melted candle wax. It was damaged by an earthquake in 1985 and then again in 2010, but the Basilica del Salvador is still hanging in there. It is usually closed except for on special occasions, but it’s still worth a visit since the exterior alone is mighty impressive. 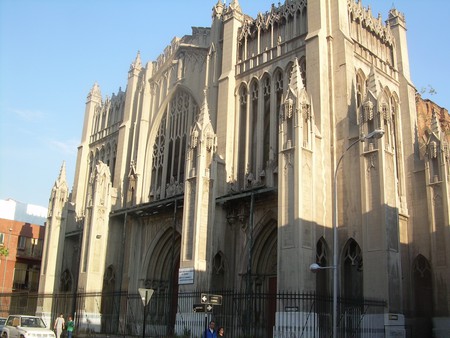 Play In The Museo Artequín

The Museo Artequín must be one of the world’s best museums for children. It is located on Avenida Portales, at the southern edge of the Quinta Normal, Santiago’s oldest public park, which is also home to the Museo de Historia Natural (see below). The wrought iron and glass building that houses the museo is over 100 years old, but its grand exterior has been made playful-seeming by coats of red, blue and yellow paint. Inside, the halls are bright, spacious, dome-ceilinged and filled with paintings and interactive exhibits. A fantastic place for kids, the museo is good fun for adults too. 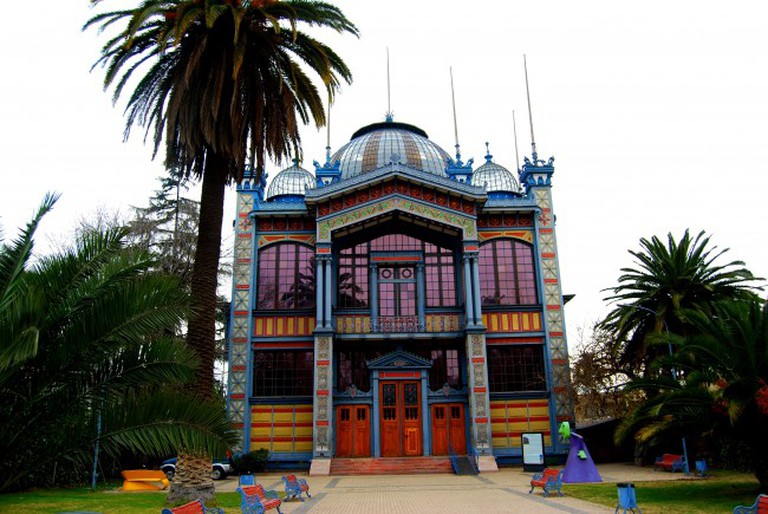 Yet another regeneration project, the Biblioteca de Santiago (Santiago Library) is situated in a former government building near Quinta Normal. Envisioned as part library, part community center, the biblioteca opened its doors in 2004 and since then has regularly hosted exhibitions, theatrical performances, lectures and workshops for adults and children. Further, of course, there are lots of books and plenty of places for reading and studying. The biblioteca really encapsulates the things that make Barrio Brasil such a cool area: art, culture and creating vibrant social spaces out of old, beautiful buildings. 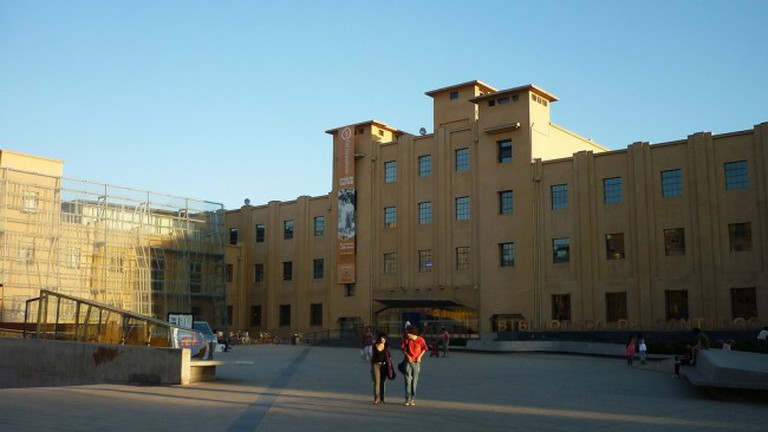 Founded in 1830, the Museo de Historia Natural is one of the oldest natural history museums in South America. Originally dedicated exclusively to the history and ecology of Chile, it now has five departments and twelve permanent exhibits covering everything from mollusks to copper mining. On display in its central hall is the 17 meter skeleton of a blue whale, flanked by rows of stuffed animals. The anthropology department contains the world’s largest collection of rongorongo artifacts, that is, artifacts inscribed with what some people suspect to be the written language of the ancient Easter Islanders. That’s just the start. Set aside a whole afternoon, if not a whole day for your visit. 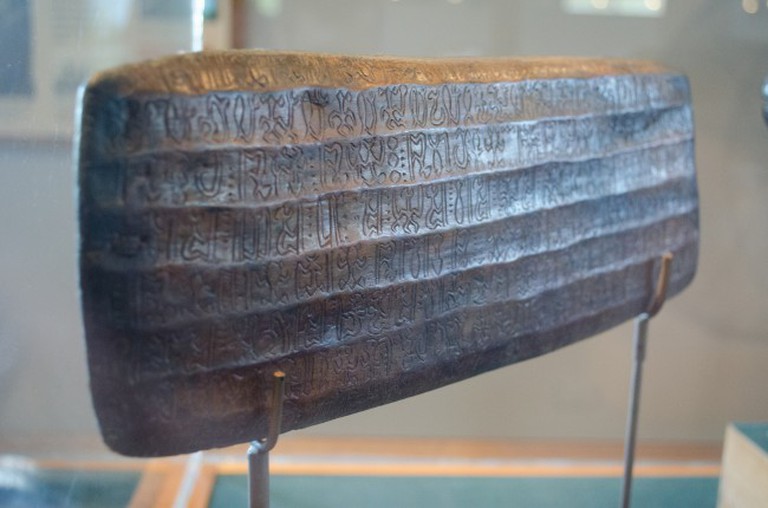 Soak Up Some Culture At Centro Cultural Matucana 100

Situated in a former rail-car repair station, the Centro Cultural Matucana 100 is a relatively recent addition to the neighborhood and is the place to go if you’re interested in Barrio Brasil’s creative scene. First of all, check out its hangar-like main room; the walls are covered, literally, with paintings by local artists. Then there’s the plethora of theatrical productions and film screenings that take place throughout the year. Add to that a host of workshops covering everything from photography to contemporary dance, and you start to get an idea of what this hardworking cultural center contributes to the area. 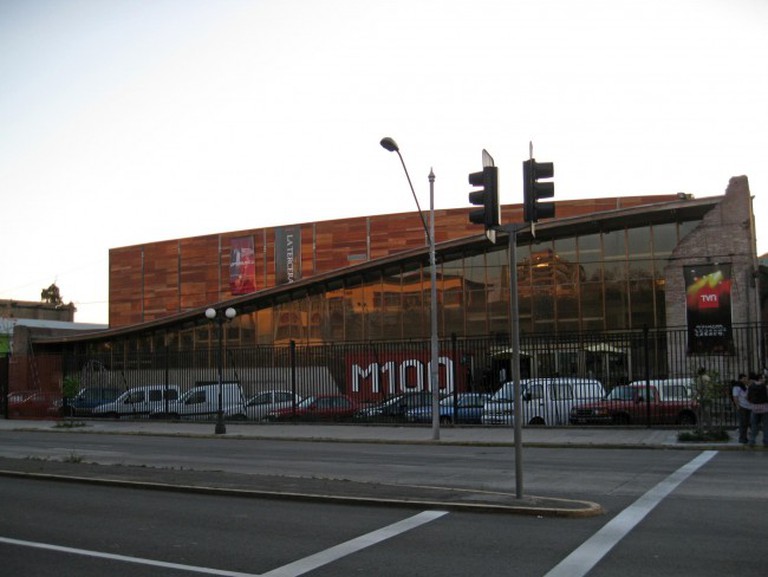 What better way to decompress after a day of wandering in Barrio Brasil? The area boasts so many great bars and clubs it’s impossible to say which one is the best; stroll around and find your favorite. Ones to watch out for include the Springfield, a Simpsons-themed pub with a giant statue of Homer Simpson leaning against the bar, and The Clinic, a laid-back little place that does cocktails and a range of traditional Chilean dishes. But really, wherever you end up, you’re guaranteed a friendly crowd and a lively atmosphere.