The ‘Jewel of the Pacific’, the beautiful, vulnerable, bustling hillside port of Valparaíso, is known for its susceptibility to earthquakes and as being one of the homes of the Chilean poet Pablo Neruda. It is also home to exquisite street art that flourishes virtually everywhere, attracting thousands of travellers that visit the city specifically to see the open-air artworks. We explore a handful of creations from the best artists designed to both amaze and inspire. 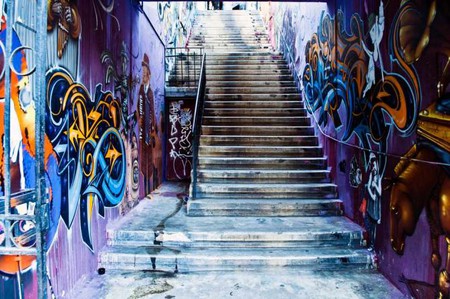 Valparaíso is famous for its association with Pablo Neruda, Chile’s Nobel Prize-winning poet, who lived in and adored the city. His eccentric house, La Sebastiana, perpetuates his presence in Valparaíso. As does his ode to the city:

“Valparaíso, what an absurdity you are, how crazy: a crazy port. What a head of dishevelled hills, that you never finished combing. Never did you have time to dress yourself, and always you were surprised by life.” – Pablo Neruda 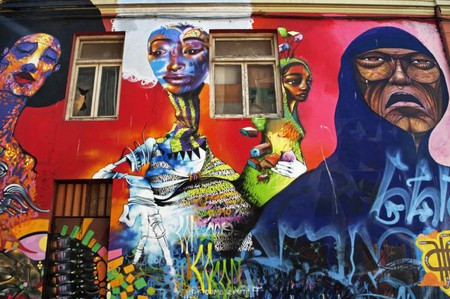 Valparaíso’s local government supports and promotes the local street art culture, and many cafés, restaurants and bars are happy to have artists turn their plain walls into works of art. As a result, the city is covered in world-class street art, and is a feast for the eyes.

The number of visitors attracted to Valparaíso for its outdoor artwork has led to development of several well-organized street art tours. There are several routes across Valparaíso that are great for discovering the local art. The best places for this are in the cerros (hills) of Carcel, Miraflores, Alegre, Pateon, Concepcíon and Bellavista. Templeman Street on Cerro Alegre is the best street to see street art.

Most works are not signed, and it’s up to us to discern who is who. The artist often begins with tag (meaning painting their signature in spray), then progresses to find their style and thus define their art. 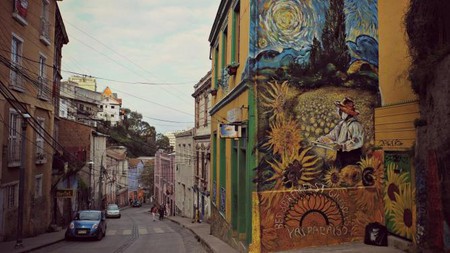 Another must-see for lovers of street art is the open air museum. Located in the neighborhood of Bellavista, the museum is populated with graffiti, paintings, murals and mosaics. The vision of this museum, launched in 1969, was to upgrade a popular part of the city, but the project was abandoned due to the dictatorship of Pinochet that ruled Chile between 1973 and 1990. However, in 1992 more than 70 artists came together around this project. These included Francisco Méndez, Eduardo Perez, Maria Martner, Roberto Matta and Nemesio Antúnez. This contributed to a renaissance for street art in Valparaíso. Here you will find works from many well-known artists such as Pure Evil, Inti, Aislap, Dana Pink, and the graffiti crew Un Kolor Distinto. 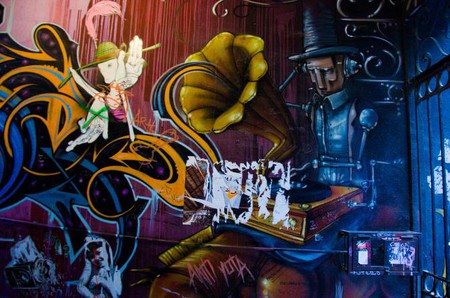