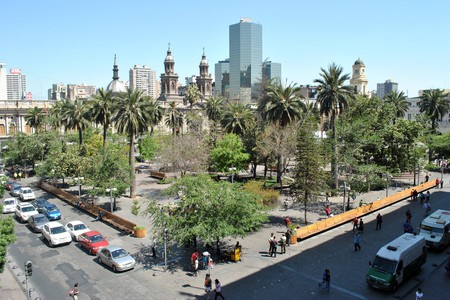 Santiago, Chile, is situated in one of the most earthquake-prone regions of the globe. Before there was seismic technology, the city’s inhabitants had to look for other methods of protection. One of these objects, once believed to protect against earthquakes, can still be viewed today inside the church of Iglesia de San Agustín – a simple, unassuming wooden crucifix known as Cristo de Mayo.

In 1647, Santiago was not the buzzing metropolis it is today. It was inhabited by only approximately 5,000 people and was remote and isolated. When a devastating earthquake (believed to have been an 8.5 magnitude on the Richter Scale) hit the city for over three minutes on May 13, a fifth of this small population lost their lives.

The surviving inhabitants saw it as an act of vengeance from God for some unknown sin, and stormed to the Plaza de Armas to plead for answers from Bishop Gaspar de Villarroel on why they had been chosen for such destruction. 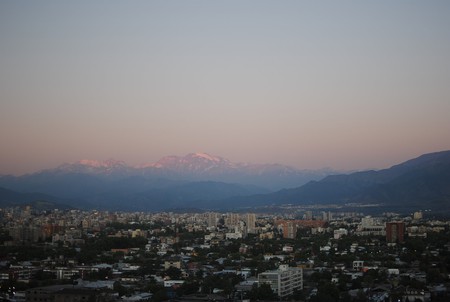 While the majority of people were seeking salvation on Plaza de Armas, the surviving Augustinian monks were mourning the destruction of their temple. They had found the massive sanctuary almost completely destroyed, with the exception of one single wall that had been able to resist the earthquake. It was the wall supporting the so-called Cristo de la Agonía, a crucifix made entirely out of wood, which to their great surprise had endured the earthquake completely unharmed. The only detail that had changed was that its crown of thorns had slid down to Jesus’s neck, leading one of the monks to try to put it back to its right position. This attempt coincided with a strong aftershock, convincing the suspicious monks to refrain from trying to move the crown again.

When Bishop Villarroel was informed about this mysterious discovery, he decided to take advantage of it to calm down the desperate crowd he was facing on Plaza de Armas. In order to persuade the citizens of Santiago that God had not abandoned them, he organized a procession which brought the crucifix from its temple through the destroyed city to Plaza de Armas. It was erected there as a protective shield against more earthquakes, and as a demonstration of God’s unbroken love.

The crucifix is now known as Cristo de Mayo (Christ of May) and the tradition of carrying it to the Plaza de Armas on May 13 still exists today. For the rest of the year, the crucifix hangs in the Iglesia de San Agustín in Calle Estado, with the crown still hanging around the neck of Christ. 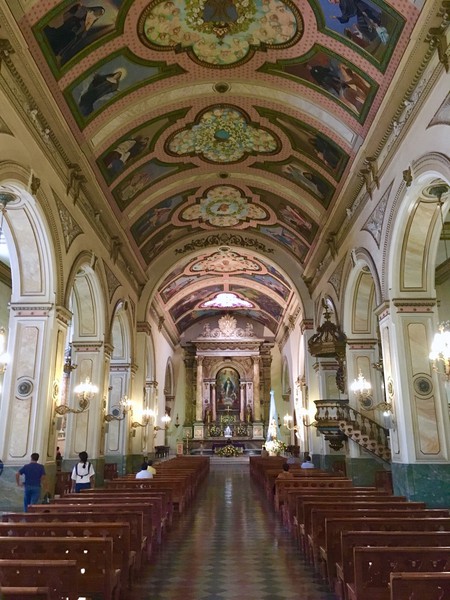 The procession has only been cancelled two times since 1647, in 1960 and 2009. On May 22, 1960, just one week after the procession was supposed to take place, the heaviest earthquake ever recorded in human history hit the area of Valdivia in the South of Chile with a magnitude of 9.5 on the Richter scale. Another earthquake, with a magnitude of 8.8, hit the area of Concepción in February 2010, leaving people around the world wondering whether the procession is simply folk superstition or something more.