Holy Blood And Holy Mountains: The Cinema Of Alejandro Jodorowsky 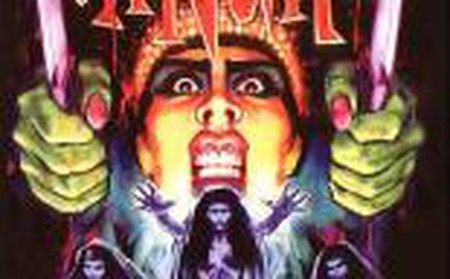 From deranged acid westerns to head-scrambling esoteric epics, the Chilean avant-garde filmmaker and author Alejandro Jodorowsky is revered by both critics and cult cinema enthusiasts alike for films like El Topo and The Holy Mountain. With his latest magical-realist fable Danza de la Realidad premiering at the 2013 Cannes Film Festival, the 84-year prankster, philosopher and provocateur remains a controversial and vital auteur.

Jodorowsky’s cinema playfully upends tired notions of genre and embraces the surrealist logic of dreams. Often featuring shocking, erotic and gleefully bizarre symbolism — an armless man carrying a legless dwarf on his back, birds flying out of bullet wounds, the baroque procession of an elephant funeral — the imagery is both beautiful and ugly, equal parts profundity and profanity. Typically anti-bourgeois, his central characters are usually lone figures, degenerates, and physically deformed outsiders wandering on the outskirts of society. When John Lennon first saw a midnight showing of El Topo (The Mole) in 1970, he declared it a counter-cultural masterpiece, and persuaded his manager Allen Klein to immediately buy the distribution rights.

This low budget acid western is a true oddity, a violent desert voyage of mysticism and mayhem which cemented Jodorowsky’s status as an auteur residing somewhere between the art-house and the grind-house. Jodorowsky stars as the eponymous leather clad (anti)hero accompanied by his son on a mission to kill four rival gunslingers. Disturbingly violent and wickedly funny, El Topo is the western genre reconfigured with the avant-garde, a skewed vision of Americana filtered through surrealist art, Zen Buddhism and Gothic horror. Opening with the image of El Topo riding on horseback with an umbrella and his naked son, the film plays out like Sergio Leone with art direction by Salvador Dali, a retina-scorching assault of grotesque and beautiful imagery. The success of El Topo, along with David Lynch’s Eraserhead and John Waters’ Pink Flamingos, is credited with the rise of the midnight movie phenomenon in the 1970s.

Born in Tocapill, Chile in 1929 to Russian Immigrant parents, the young Jodorowsky was obsessed with literature and performance art. He briefly enrolled at the University of Santiago to study theatre and puppetry before relocating to Paris in 1965 where he formed a circus troupe and studied mime under the tutelage of Marcel Marceau. Jodorowsky became involved in the Panic movement, an avant-garde group he co-founded with the Spanish playwright Fernando Arrabal, and were known for staging live experimental theatre pieces, provocative and grotesque spectacles which caused scandalous responses from the audience.

Jodorowsky began to spend time between Paris and Mexico City, where he staged productions of works by experimental playwrights and also founded a surrealist magazine. In 1957, he directed his first short film La Cravate (The Severed Heads) based on a Thomas Mann story. Unmistakeably Jodorowsky, the 20-minute silent short about a street-seller who deals in human heads stars the director as a young man who has his head replaced in the hopes of wooing a young woman.

His first full length feature, the bizarre, monochrome love story Fando Y Lis (1968) based on Arrabel’s play of the same name, caused such a stir that it was subsequently banned in Mexico following riots at the film’s premier. The unexpected counter-cultural success of his next feature El Topo helped Jodorowsky fund his even more ambitious and creative follow-up, The Holy Mountain (1973).

A scatter-shot and often times hallucinogenic film of religious satire, esoteric provocations, modernist set designs and outrageous humour,The Holy Mountain is an extraordinary piece of experimental 70s pop-art. The narrative is anarchic and raggedy at the edges but it is awash with ideas, outlandish visuals, bold colours and breathtakingly inventive set pieces such as the film’s most famous sequence — a re-enactment of the Mexican colonial wars with lizard as Aztecs and toads dressed as Spanish conquistadors. A mind-altering, psychedelic experience, it is a film of indelible and incendiary images — excrement turned into gold, a man with his face covered in flies, an hermaphrodite with leopard-head breasts — that has few precedents in modern cinema. The plot is a muddle but concerns a Christ-like young man who encounters a mysterious figure known as the Alchemist (played by Jodorowsky) and is set on a quest with six disciples to find the source of immortality. Jodorowsky the eternal prankster ends the film with the breaking of the cinematic fourth wall, a sly joke on the nature of film-makingitself. After an aborted attempt to film Frank Herbert’s seminal science fiction novel Dune, and the uncharacteristic children’s film Tusk in 1980, Jodorowsky went on to make arguably his masterpiece.

If El Topo is an acid western, and The Holy Mountain is a heady spiritual epic, then Santa Sangre (Holy Blood) finds Jodorowsky tackling the horror genre with predictably Jodorowskian results. Released in 1989, this inventive Mexican/Italian art-horror was described aptly by one American critic as a cross between Psycho and Bunuel. Carny horror, Oedipal slasher and semi-autobiographical coming of age tale, Santa Sangre is one of his most straight-forward narratives but like much of his work is hard to place in genre specific terms. The film opens with the disconcerting image of a naked young man perched atop a tree inside the cell of a mental institute and then flashes back to his traumatic circus childhood, and his descent into murderous adulthood. A study of childhood memory, psychosexual obsession, and an attack on the hypocrisy of religion, this remarkable, visually vibrant surrealist horror is a scramble of a number of high and low sources from Freud, Fellini and Bunuel to Hitchcock, B-Movies, Italian Giallo, and most noticeably Tod Browning’s perverse 1932 circus horror Freaks

Jodorowsky has not matched the productivity of his output in the 1970s and 80s in recent years. His last film was the failed studio effort,The Rainbow Thief in 1993 with Peter O’Toole, which was later dismissed by the director. However, after a 23 year dormant period and semi-retirement from film, Jodorowsky is set to return to the medium with his new picture Danza de la Realidad. The radical cinema of Jodorowsky still continues to shock and astound with their challenging narratives and outlandish visuals, and he remains one of the most original, boundary breaking and distinctive cinematic voices of the last century. An influence on artists, musicians and filmmakers as wide ranging as Bob Dylan, John Lennon, David Lynch, and Nicholas Winding Refn, his small but extraordinary filmography is slowing getting the critical re-appraisal it so justly and richly deserves.