Easter Island’s monolithic Moai statues are among the most recognizable ancient wonders on earth. Although many questions about these gigantic stone sculptures remain, years of scientific research has uncovered some fascinating insights into their purpose, construction and history. Let’s take a closer look at what we know about these enchanting sculptures.

The Moai are a collection of large monolithic statues built by the Rapa Nui people of Easter Island. The heads of the statues are disproportionately large, in some cases constituting almost the entire figure. 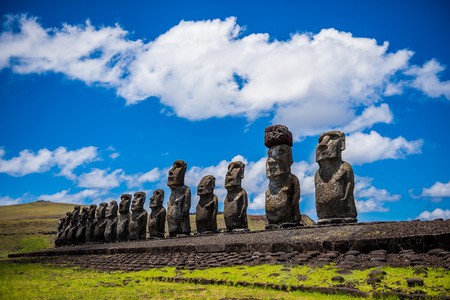 When were they built?

This is a question of much debate among scholars in the field, although there is a consensus they were built sometime between 400 and 1500 AD. That means all the statues are least 500 years old, if not much more.

How big are they?

The size of each Moai varies significantly, but on average they are 13 feet (4 meters) tall and weigh 13 tonnes. Some are much bigger, however, with the tallest measuring a whopping 33 feet (12 meters) and weighing in at 82 tonnes. The largest unfinished Moai would have been 69 feet (21 meters) and weighed as much as 270 tonnes. It’s not known why this behemoth was never completed. 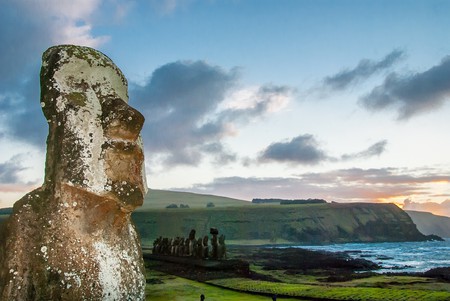 How many are there?

Some 900 statues have been discovered throughout the island. In reality, there are likely many more still buried underground or that were shipped off to faraway lands.

Why were they built?

Each statue most likely represents an important ancestral inhabitant of the island. They are thought to have been built to serve as a kind of repository, with the bigger statues providing their relevant communities with a huge amount of spiritual and political power.

Almost all were set facing inland to watch over and provide protection to the communities who built them. Seven, however, face out to sea instead. Legend has it these represent seven islanders who would gaze off into the ocean each day to keep an eye out for incoming ships. 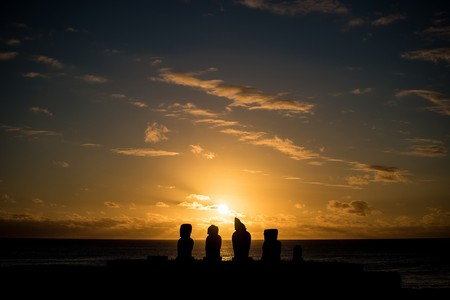 Why did they all fall over?

When Dutch explorer Jacob Roggeveen first discovered Easter Island in 1722, all the Moai on the island stood proudly upright. Sadly, over the next 150 odd years most had toppled over. Nobody is quite sure why, but it could have been the result of a series of very strong earthquakes or infighting between the islanders as their society degenerated from a centralized government into a warlike tribal system. 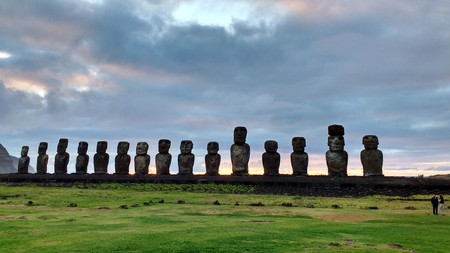 How did they move them?

Almost all the statues were crafted with volcanic rock from the Rano Raku quarry in the south-east of the island. So how could the Rapa Nui people have moved these epic constructions such enormous distances?

Oral legend dictates that chieftains commanded the statues to stand up and walk by harnessing their divine power. In reality, it turns out Easter Island was actually once quite heavily forested with massive palm trees, a perfect resource for making sleds and rope.

Most researchers agree that the statues were placed on wooden sleds and slowly pulled across the island through a series of back-and-forth titling motions. Experiments have shown this to be possible, including one by the great adventurer Thor Heyerdahl who calculated they could have been moved up to 300 feet (100 meters) per day. But this would have been no easy feat – an astonishing 1,500 people would have been required to move the biggest statue. 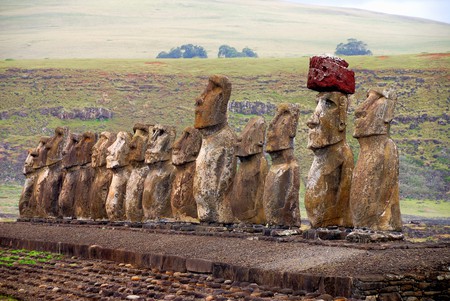 How did they make them?

It’s not known exactly which members of society crafted the statues, but it’s likely they were the work of an elite group of craftsmen who dedicated their lives to the art. All the carvings were made from singular pieces of volcanic rock and would have been crafted using crude basalt stone picks. Needless to say, each one would have taken considerable time to complete.