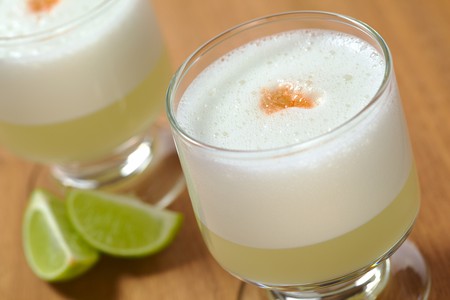 Country rivalries in Latin America run deep. Though Argentina and Brazil like to brawl over who plays the best soccer, a fierce rivalry between Chile and Peru over their beloved spirit, pisco, is underway. For years, the two countries have ferociously fought over bragging rights for the real birthplace of the Latino grape brandy known as pisco and the world-famous cocktail. While the debate may still be alive and kicking, we’re not here to take one side over the other, or even encourage such a feud. It’s important to remember that the spirit is a Latin American treasure that should be enjoyed with company, not fought over. Curiosity piqued? Let’s have a look at what all the fuss is about. 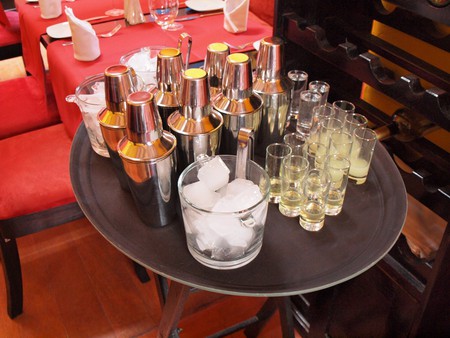 While both countries are entitled to claim the right to say they invented pisco, as well as its partner in crime, the Pisco Sour, the Chileans have long battled for sole ownership of South America’s most prized grape brandy. But on what grounds? Rising to argue for their side, the Chilean people’s first line of defence is to claim that pisco was invented on Chilean soil and, therefore, belongs to them. But was it really their turf? A dispute over territory borders dating back to the 1500s places the matter of where the liquor might have originated in murky water.

Today, South American neighbours Chile and Peru co-exist independently and enjoy their separate cultures, traditions and identities, but this wasn’t always the case. Way back in 1613, Peru and Chile were not different countries but two distinct parts of the same territory, both located within the Spanish viceroyalty of Peru. ‘Everyone was sending their alcohol and wine to the international port of Pisco,’ Charles de Bournet, the creator of the new Chilean KAPPA Pisco has vehemently argued.

Chile does have a village called Pisco, even if this was all part of their scheme. The Chileans believe that the Aymaras, an ancient Chilean tribal civilisation, were the first ones to make their version of pisco in Valle de Elqui (near La Serena). In 1936, undoubtedly predicting the trademark battles to arise from the two Latin American brothers, Chile’s former president Gabriel Gonzalez took the sensible if not cynical attempt to change the name of Valle del Elqui to Pisco Elqui. ‘They changed the name of the town to give themselves some heritage’ – the Peruvian people cry.

We have history and etymology in our favour; Pisco is ours – Peru tells Chile

Unquestionably, there is evidence for both sides. Thanks to a multitude of historical sources as well as an accepted claim for the sole right to produce by the World Intellectual Rights Organisation for Peru, the Peruvian side seems to have the stronger claim as a matter of history alone. The Peruvian claims to the spirit have been rooted in the notion that the spirit derives from the port city of the eponymous name, 143 miles (230 kilometres) from the country’s capital, Lima, which has existed since the pre-Hispanic era. English and American documents deriving from the 1800s point to the fact that Chilean pisco only began to pop up after Chile won the war of the Pacific. ‘They won the war, and now they want Pisco too?’ – the Peruvians aren’t having any of it.

The issue is particularly sensitive in Peru, which has a weaker economy than its southern brother and much more of a turbulent past. Throw in the fact that Chile actually produces over three times more pisco each year, some 30 million litres, compared to 9.5 million litres in Peru (2013), as well as the fact that they drink more pisco, and the Peruvian resentment runs deep. Luckily, many Peruvians also point to the etymology of the word ‘Pisco’ to settle the dispute.

For the Peruvians, one only needs to look at the oldest use of the word ‘pisco’ and the multiple applications of the same term – ‘a bird’, ‘a valley’, ‘a river’, a part, a type of liquor, a vessel – to support its historical underpinnings. Before the creation of the liquor, pisco was already the name of a valley, river and a port in Peru, which is why it’s often said to be Peruvian. Originally referred to as a ‘bird’ in ancient Quechua, the word was used all along the Pacific coast as it was believed that this particular bird inhabited certain areas of the Inca state, including the Valley of Prisnous, later referred to by the Spanish as Pisco.

A ‘sour’ debate over their cocktail

Two points to Peru? While some countries recognise Peru’s claim, and others acknowledge Chile’s, as for us, we’re undecided. The world-famous cocktail, Pisco Sour, is also a source of conflict. The Peruvian version holds American bartender Victor Vaughen Morris as the prime inventor – who, after moving to Peru to work for a railway company, opened his bar, Morris’ Bar in Lima, Peru – where he first concocted this Pisco Sour as a variation of the whiskey sour.

But Chileans are insistent that the cocktail was invented in their country – many people believe it’s from the town of Iquique. The traditional Peruvian Pisco Sour recipe includes Peruvian pisco, lime juice, simple syrup, egg white, ice and Angostura bitters. Meanwhile, in Chile, the drink is prepared similarly, but with Chilean pisco, pica lime and without the bitters and egg white. 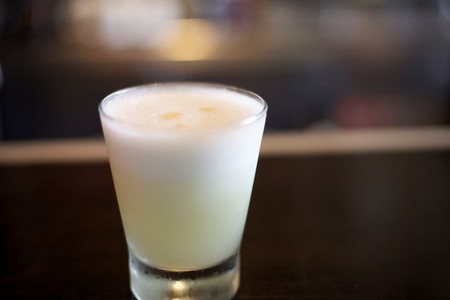 While the ongoing dispute is about who really invented both pisco and its cocktail, the important point to address is that such a debate is utterly pointless and only motivates a continued hatred among both countries that should be brothers. ‘It is raw’, states Jerry Mitchell, a geographer from the University of South Carolina, who has written an academic paper on the long-standing battle. ‘They’ve been trying to resolve this now for the last half-century,’ but why keep fighting?

To pit two South American countries against each other when both nations are so similar will only help to fuel the rivalry. You could say that Peruvians get more or less claim to the origins of pisco and the Pisco Sour, while Chile actually produces and consumes more of the stuff, but rather than arguing, the two innovative nations should be rejoicing over the invention of South America’s most famous grape brandy. No matter which country created it, pisco is a flexible and delicious beverage that offers a great alternative to the standard ‘wine’ and beer options so prevalent amongst the two countries. It’s unwise to even utter the words ‘just pisco’ in either Santiago or Lima, two places which might strike a cord against national honour.

A better option is to raise a small glass and say ‘iSalud‘ in beloved pisco’s honour.