10 Things to See and Do in Easter Island

This isolated island may not be at the top of your bucket list, but it’s the perfect destination for adventure travellers as well as history and culture enthusiasts. The way of life here is by no means ordinary, with myths and magic contributing to the island’s past. Here are ten things to do while visiting this spellbinding island.

Easter Island has around 600 moai statues, some still standing, some not. Of the 600, 397 to be found in the Rano Raraku quarry. These statues were thought to have been carved between 1250 and 1500 AD in an attempt to create the faces of deceased ancestors. You will see moais in all shapes and sizes on the island, with many different facial expressions. 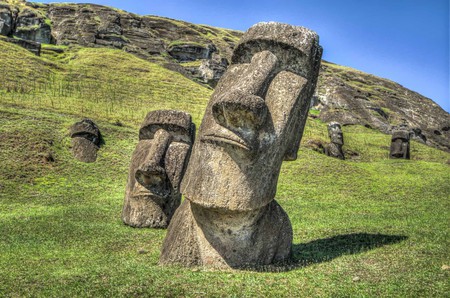 The underground caves on Easter Island were created by the sizzling lava of this volcanic island. The inhabitants have since used the caves and rocks as their canvases, creating red, white and black drawings of animals and boats. Both the popular Ana Kai Tangata and Ana Kakenga caves look out to sea, so you can watch the powerful waves crash into the rugged charcoal black volcanic rock. The sunsets at Ana Kakenga are incredible, too. Some on the island believe that the spirits of ancestors inhabit the caves, so you should ask permission before entering. 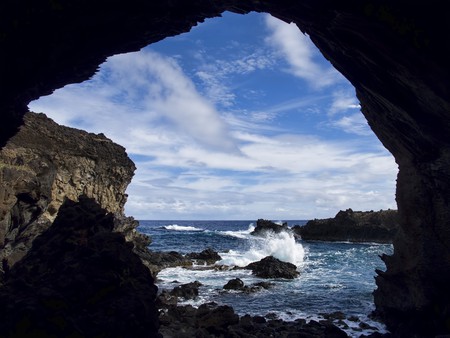 Walk around the Rano Kau Crater

This wonderful island was created by three successive eruptions from a now-extinct volcano, and the evidence of this activity can still be seen today. Visit the massive Rano Kau Crater to view the large lake that lies within. The main viewpoint is sublime: you can see the ragged edge of the crater against the vast drop down to the Pacific Ocean. You can also see a panoramic view of the crater from Orongo Ceremonial Village. 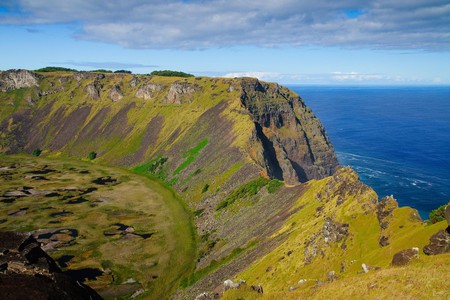 Orongo is a ceremonial village made up of 53 basalt stone slab houses, whose name means ‘the Call’. It’s in a very inaccessible spot, situated on a narrow strip of land between the Rano Kau crater and a cliff’s-edge drop into the Pacific Ocean, so it was never a proper village where people lived. The village was used primarily for initiation rites that were undertaken when children entered adulthood. 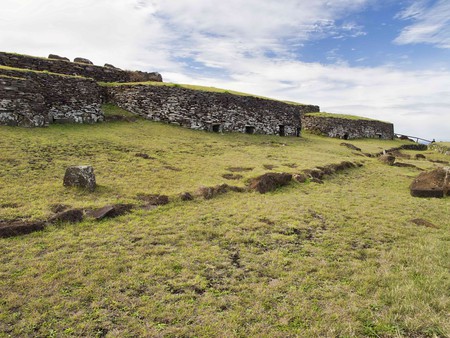 Relax on the Beaches

The white sandy beaches of Anakena are exactly what you picture when you think of an idyllic beach, with clear turquoise blue waves lapping the shore and long, swaying palm trees blowing in the wind. The sea is warm, so you can swim all year round. If you’re looking for some privacy, Ovahe beach is fairly secluded and untouched. 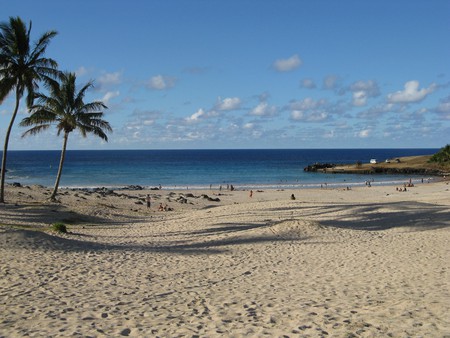 Watch the Sun Rise and Set

Watch one of the peaceful sunrises in front of the Ahu Tongariki, as the moais slowly become illuminated with the orange hues of the morning light. Over on the other side of the island, you can watch the sunset at Ahu Tahai, a smaller tribe of just five moais, some of whom have decapitated heads; the experience is just as magical as the sunrise.

They may sound like something drummed up just for tourists, but in fact these authentic dance performances are wonderful, and are a way for the islanders to present and preserve their culture. The dances portray love, war and snippets of day-to-day life. The best-known group is the Kari Kari, while the Ra’ai performances can be enjoyed with a curanto, a traditional Easter Island meal. 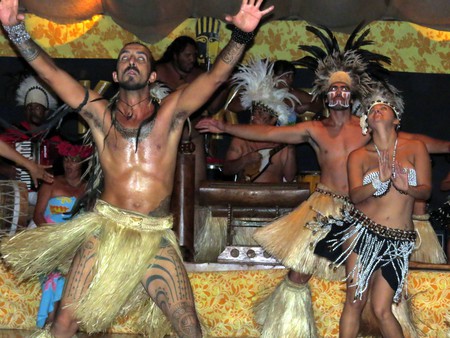 Papa Vaka is an archaeological site in the north of the island, known for its petroglyphs, designs carved into large slabs of rock. Translated, papa means ‘stone’, while vaka means ‘canoe’, and indeed many of the motifs resemble fishing boats, as well as fish, which would have been one of the main resources for the first inhabitants of the island. 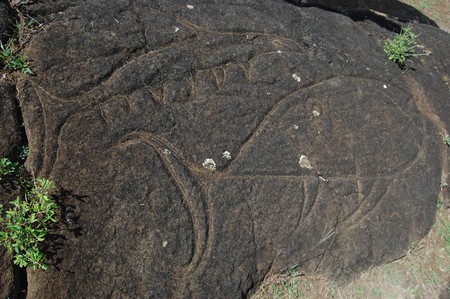 Ride around the Island

Cruise around the island by bicycle or gallop around on horses, feeling the sea breeze on your face as you roam around, reaching areas that can’t be accessed by car. There are many wild horses on the island, but the horses you can ride are tamed and calm. They are able to climb up to the highest peak on the island, meaning you can just sit back, relax and enjoy the magnificent scenery. 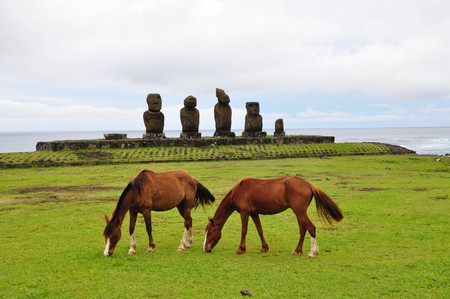