Traditions Only Locals in Rio Can Understand

Rio de Janeiro’s exotic appeal comes from a rich mix of cultural traits and ethnic diversity that, combined with a general love of celebrations, has led to some spectacular local traditions and events. We round up some of the most popular ones that take place in this exciting city.

While carnival is found throughout Brazil, Rio’s carnival is one of the biggest, most vibrant and electric to be found. It witnesses the city’s largest and most influential samba schools parade down the Sambodromo with an exuberant catwalk of elaborate costumes, outrageous headresses, jaw-dropping dancing and the rhythmic beats of the samba steel drums. Out on the streets, locals and tourists swarm to the blocos (street parties) to engage in the most liberal, fun and exciting week-long party that a city can offer. Much to the pride of the locals, Rio’s carnival is unlike any other.

This old catholic celebration takes place in a small town known as Paraty in the south of the Rio de Janeiro state. The week-long celebration happens 50 days after Easter and is one of the most important folkloric festivals in the area. Meat is cooked at home to donate to the less well-off and the continuous dancing in the street attracts large numbers of tourists each year.

A celebration that stems from Umbanda, an Afro-Brazilian religion, gives thanks to Iemanja, the mother of the waters and all of the gods and goddesses. It is celebrated on December 31st and whilst the fever of the crowds on Copacabana beach intensifies as the new year approaches, small numbers of people quietly slip away to the shoreline to offer white flowers and candles to Iemanja, in the hope she will grant their wishes. The offerings are left in the water with the understanding that if the gifts are brought back to shore, their wishes will not be granted. It is common to see people determined to deliver their gifts as they wade past the waves and let go of their offerings in the deep waters. On February 2nd, it is the official day of Iemanja and celebrations take place throughout the city. 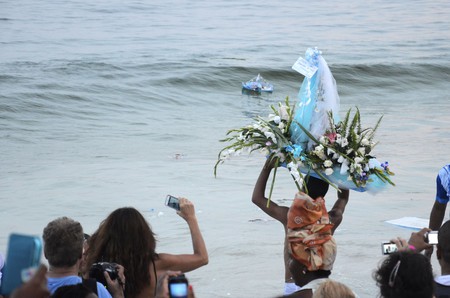 The lighting of the Christmas tree of Lagoa is an iconic event that takes place at the start of December and marks the official countdown. The colossal 82 meter high structure is made from metal and a seemingly endless string of light bulbs that are wrapped around the floating Christmas tree, noted as the greatest Christmas tree on water by the Guinness Book of Records. After carnival and New Year’s Eve, the lighting of the Lagoa Christmas tree is the third most attended event in Rio and includes live music performances, food trucks and drinking spots. 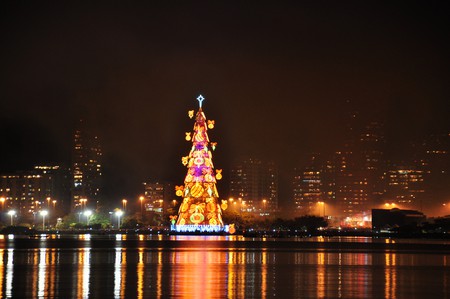 A public holiday that is exclusive to Rio de Janeiro, the day of Saint Sebastian is a celebration of the unwavering faith in Christianity that this patron saint was famed for. The celebration includes a parade throughout the city center in honor of the holy figure.