The Best Things To See & Do In Botafogo And Urca, Rio De Janeiro 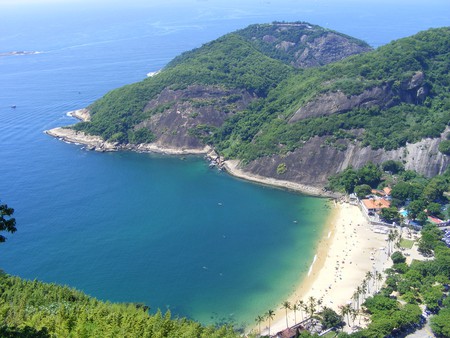 Botafogo and Urca are two neighborhoods in the south zone of Rio de Janeiro that tend to get overlooked in favor of the more glamorous beach regions of Copacabana and Ipanema. However, Botafogo has a lively nightlife scene and plenty of great things to do during the day. Urca is the more relaxed out of the two, yet still is unmissable in any trip to Rio de Janeiro.

Relax On The Beach At Praia Vermelha

Tucked into a small bay with surrounding peaks and vegetation, Praia Vermelha is a beautiful and charming little beach that sits at the foot of the famous Pão de Açúcar (Sugaloaf Mountain). The rocks that protect the shores keep the seas calm and smooth, making perfect conditions for canoeing, stand-up paddle boarding or a relaxing swim. The beach is in the quiet neighborhood of Urca where there are plenty of bars and restaurants to visit after a day at the beach. 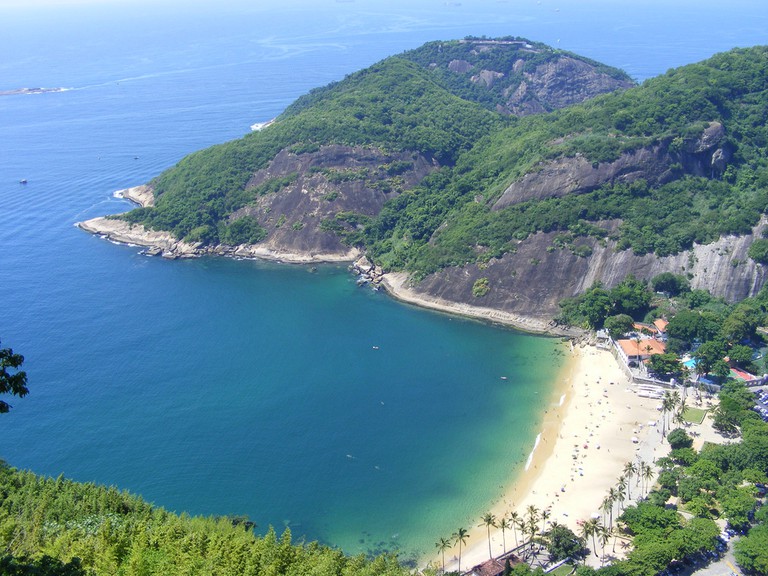 Check Out Urban Art At GaleRio

GaleRio is a space dedicated for graffiti and urban art, and displays the works of some of Brazil’s best street artists. It houses collections of paintings, installations, sculptures and objects that are transformed into art, such as phone booths made into furniture and much more. GaleRio also contains EixoRio, an ongoing open-air project to create the largest urban art gallery in the world.

Visit The Museu Do Índio (Museum Of Indigenous People)

Museum
Facebook
Email
Twitter
Pinterest
Copy link
Share
With artifacts spread throughout 11 rooms, the Museum of Indigenous People is a fascinating museum that explores the indigenous societies within Brazil. Its rich collection of photos, ethnographic studies and relics represents nearly the entire Indian population in Brazil and is the only institute in Brazil dedicated to these cultures. Additionally, the museum hosts temporary exhibitions of photos and painting samples.

One of the most iconic points in Rio de Janeiro is Pão de Açúcar (Sugarloaf Mountain) and it attracts visitors all year round for its stunning views across the city and the sea. Getting up there is half of the fun; visitors must take two cable carts that connect between the base point at Praia Vermelha, Morro da Urca and the Sugarloaf Mountain itself. 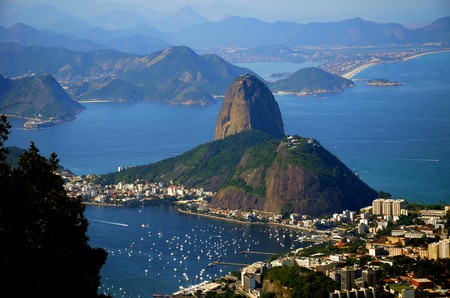 Sing Your Heart Out At A Karaoke Night In Botafogo

For those that want to belt out a few karaoke classics, then there is no better spot to be at than Botafogo on a Wednesday night. One of the best nightclubs in the area, Casa da Matriz, hosts a karaoke party every Wednesday with renditions of old classics and new indie music. Also on Wednesdays, Cabaret Lounge has a live DJ to accompany the karaoke singers (great for those who are shy!) with a mix of rock, indie and pop songs.

Estação Botafogo is a showcase for Brazilian films. Here, the cinema screens new and old films, all produced and made by Brazilian filmmakers and actors. The center captures Brazilian culture through moving picture and is a great way to discover new and upcoming foreign films. ‘Eu Sei que Vou te Amar’ (I know That I Will Love You) by Arnaldo Jabor was the first film to ever be screened at this cinema in 1985.

Go On A Bike Ride

A fantastic and popular service in Rio is the Itau bike stations. Bikes can be rented for R$10 per day with a limit of one hour per bike. There is a bike station right next to Praia Vermelha in Urca. Rent a bike from there and cycle through Urca and across Praia de Botafogo to see beautiful views of the bay and see Sugarloaf Mountain from different perspectives. 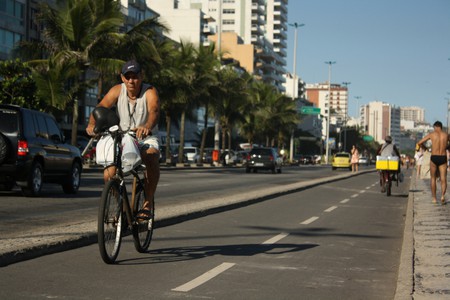 With food truck events being the current craze in Rio, the humble hamburger is the ‘in’ food right now. Comuna, a bar and casual restaurant in Botafogo, is one of the best places in Rio to get a delicious homemade burger. The X-Wilson is one of the most popular burgers on its menu and is made up of a 160 gram beef burger served with gouda cheese and a choice of sauce; vegetarian options are available, too.

Have A Beer At Bar Urca

Famous for its generously filled pastels and serene views across Guaranara Bay, Bar Urca is popular among tourists and locals alike. Go to the bar, grab a few beers and some pastels, and sit across the street on the wall that overlooks the bay. The casual yet lively atmosphere is friendly and it’s a perfect stop after a day of sightseeing around Urca.

Have A Splurge At Shopping Rio Sul

Botafogo is home to one of the most popular shopping malls in the south zone of the city known as Shopping Rio Sul. This mall is a great place to check out popular Brazilian brands such as Osklen for clothes, and Agua de Coco and Bumbum Ipanema for swimwear. There is also a large dining area with great restaurants to dine at.