The Most Beautiful Beaches in Bahia 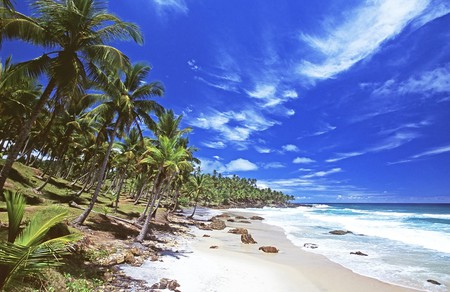 The coast of the state of Bahia, in northeastern Brazil, runs hundreds of kilometres north-south along the cool Atlantic. Despite its proximity to Rio de Janeiro and São Paulo, and with the country’s third biggest city, Salvador, as its capital, it is remarkably empty. The entire coastline is a dreamy wonderland of pristine sand, nodding coconut trees, mangroves and wildlife. Here is our selection of the state’s most beautiful beaches.

Trancoso, a small town that has been built around one of Brazil’s oldest churches, is pure laid-back tropical charm. It became popular with hippies in the 1970s and is now swarmed by celebrities and models. Praia dos Nativos sits just south of the church which, and it retains its wild beauty despite the influx of visitors. To reach it, walk through a mangrove swamp across a wooden walkway. It’s not unusual to see a football game played by locals as the sun sets or horses walking by.

Though only twenty kilometres farther down the coast than Trancoso, Praia do Espelho feels like a million miles away. Only dedicated beach-goers make it; its remote exclusivity is part of what makes it so special. The slightly curved beach contains rich, golden sand and is bookended by rugged white cliffs and palms. Silvinhas, a tiny restaurant with no menu and only the dona de casa cooking, is another great reason to visit. 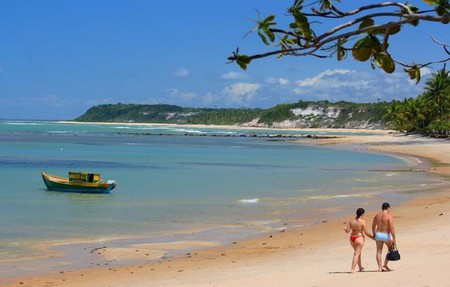 From above, Taipu de Fora is a breathtaking sight. As the palm trees begin to thin out and the beach emerges, a network of natural swimming pools reveal themselves in the shallows. When the waves pull back over the reefs they leave trails of whitewash that make the azure blue of the water and sky pop. Snorkellers can paddle around and follow the fish and marine life that live in the coral.

The scenery is worthy of a painting: there are more than 7 km of beach, with white sands, huge coconut trees, light blue sea water and coral reefs. The greatest attraction of Taipus (or Taipu) de Fora, in Maraú, Bahia, is its natural beauty. At the beach, you will find huge natural pools, especially when the tide is low, during full moon and new moon – check information regarding the ocean tides. These pools are even more special because they’re found among the coral reefs, making them even more beautiful.

Prainha, or “little beach” in Portuguese, is a gem in Itacaré’s already glittering crown. The surf town is situated on an outcrop at the mouth of the river, giving it a coastline of little bays and hidden corners topped with thick, unspoiled rainforest. To reach Prainha, travelers have to walk for about half an hour through the jungle. There are rarely ever many people around—just the sounds of the waves crashing along the shore and the gentle rustle of palm fronds in the breeze. 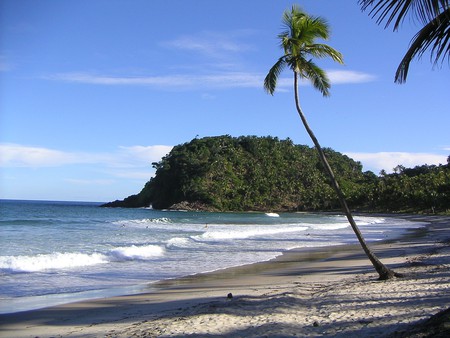 The beaches on the island of Morro de São Paulo are named by number. Quarter Praia (“Fourth Beach”) is not only the pick of an impressive bunch but it is a haven of shimmering shallows and fine, flawless sand. Loll in warm pockets of water watching the fish when the tide is in or galavant on the expanse of wet beach when it retreats and the sun’s long shadows bounce off the ridges in the sand. 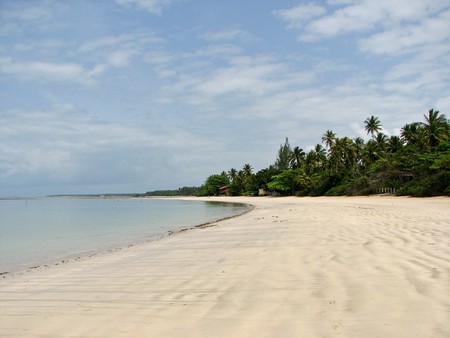 Much of Boipeba, Morro de São Paulo’s neighbouring island, is made of wild mangrove swamps. With just a few parts of the island inhabited by people and no cars, it bursts with birds, monkeys, dolphins, whales, and turtles, and many other animals. What’s remarkable about the island’s most beautiful beach, Praia de Moreré, is that at low tide the expanse of sparkling sea meets every inch of the horizon and boats lie askew on the sand.

Despite being on Bahia’s Discovery Coast, Caraíva feels exactly the opposite—undiscovered. Getting there requires a fleet of transport, usually ending with a donkey to the door. The result is a place steeped in calm and tranquility The tiny town’s beach is lapped by idle waves and silken-like sand stretches back into a thin forest of handsome coconut trees. 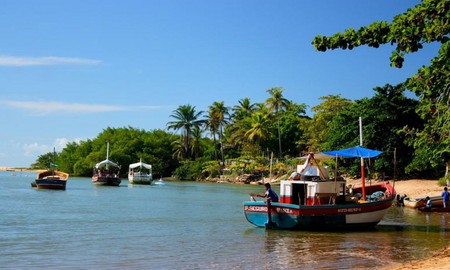 The Marau peninsula is a sharp spit of land flanked by the Atlantic on one side and Camamu Bay on the other. The coastline is an almost straight bar of wide sand that runs for miles and miles. One beach merges peacefully into another, and in the distance the tree line, sand and sea eventually merge and fade away. Praia de Algodões, a section of these glorious shores, is a sanctuary of rugged natural beauty.