The Fantastic Life of Paulo Coelho: Between Insanity and Spirituality 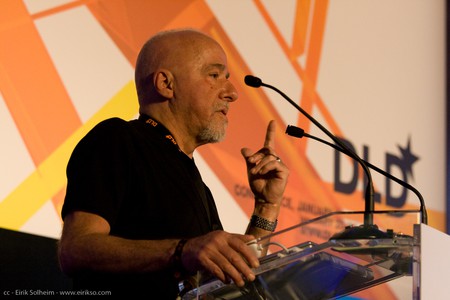 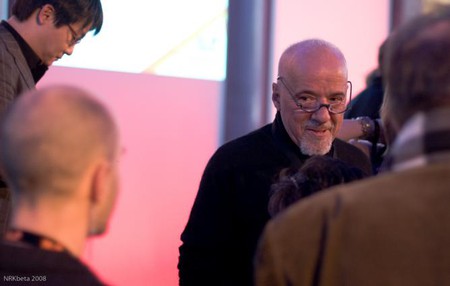 When Paulo Coelho was born on 24 August 1947, he saw his grandmother standing next to him and remembered the moment for the rest of his life — or so he claims. Seventeen years later, he landed in an insane asylum, sent there by his parents who were worried by his anti-social tendencies; he escaped three times before finally being released in 1967.

The Pilgrim, Lost and Found

After a sudden break with the rock’n’roll lifestyle that followed his capture, Coelho wandered the world with no greater purpose. He remembered his parents’ decision to send him to an asylum, remembered their objections to his childhood dream of being a writer, and finally resigned himself to their opinion. He got a job as a lawyer and married a woman in church. Between 1975 and 1982, he was, as he says, ‘normal’, leading a life of routine encounters, regular meals and stable pay checks. But it soon turned out that ‘I could not stand to be normal’. Coelho left his wife and left his country to travel the world with Christina Oiticica, his current spouse.

Then, in 1987, Coelho wrote The Pilgrimage, titled O Diário de Um Mago (Diary of a Mage) in Portuguese. Essentially, the book is about Coelho himself, and his journey (of discovery) down the Route of Santiago de Compostela. Coelho did actually make the voyage – the man who had tried atheism, Buddhism and a bunch of other faiths finally returned to Catholicism after walking down the 500 kilometer-long path. The Pilgrimage was received quite well, but his other book, written only a year later – The Alchemist – was discontinued after an initial print run of just a few hundred copies. Equipped with his ‘positive thinking above all’ attitude (more on that later), Coelho approached a different publishing house, which printed the book – and made it a legend of self-help literature. 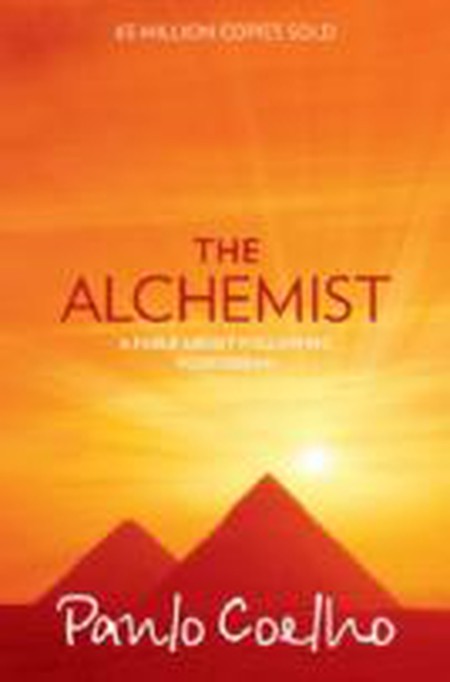 Since then, 65 million copies of The Alchemist have been sold worldwide, an unprecedented number exceeded only by a handful of classics. All in all, Coelho has sold over 150 million books, which have been translated into about 60 languages. From Pinochet to Clinton, Putin to Madonna, celebs and political figures all over the world have sworn their allegiance to the Coelho fan base.

In addition to this, Paulo Coelho may well be the most quotable living author, while The Alchemist may well be the world’s most quoted book after The Bible, with all manner of universally applicable, easily comprehensible gems. The story is simple: an Andalusian shepherd boy follows his prophetic dream and sets out on a journey to find a treasure in faraway Egypt. From ‘Tell your heart that the fear of suffering is worse than the suffering itself‘ to ‘No matter what he does, every person on earth plays a central role in the history of the world’ and ‘when you want something, all the universe conspires in helping you to achieve it’, The Alchemist itself is a treasure trove of popular wisdoms, a characteristic that must have contributed to the book’s resounding success; it spent years on the best-seller lists in countries like Germany, France, Poland and Spain. It was – and still is – the biggest-selling book ever published in Portuguese.

Coelho’s other books are not lagging behind. From Veronika Decides to Die (1998), a text largely based on the author’s own experiences in mental asylums, to The Zahir (2005), which echoes Coelho’s pilgrimage in the 1980s and his very first novel; from Manuscript Found in Accra (2012), a ‘faked’ historical document featuring P. Coelho as ‘the Copt’ to his newest release, Adultery (2014), Coelho’s books have been instant hits across nations. 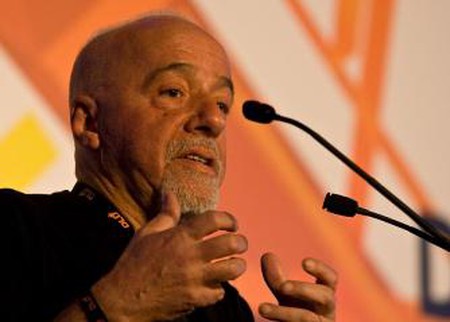 The Father Figure of Pop Philosophy

While Coelho’s books are understandably engrossing, featuring stories that interweave personal drama with universal questions, much of their appeal lies in their seemingly ‘philosophical’ quality. Coelho is no Wittgenstein, of course, but he does bear a fraction of a semblance to the likes of Nietzsche and Sartre in that he dresses his own philosophy in stories, using universally appealing, memorable characters and situations to illustrate ‘the layer below’ or, indeed, ‘above’. His ideas and opinions revolve around creation, the self, dreams, love and purpose, giving his work a pop philosophical slant; Coelho’s readers often accept him as their spiritual guru; critics tend to say it’s all pseudo-philosophical mumbo-jumbo, the kind that would fit in nicely in a Baywatch episode.

Books, however, are not enough for the man who said ‘everything tells me that I am about to make a wrong decision, but making mistakes is just part of life.’ PaulocoelhoTV, the author’s YouTube channel, has a potentially huge reach, and with videos spanning interviews, promotional videos and philosophical monologues, Coelho is out on a mission to spread his word online. ‘Let’s talk about the meaning of life’, he says at the beginning of one of the videos. ‘The meaning of life is the meaning you give to your life (…)’, he continues, before going on to explain how he had bestowed the meaning on his. The speech continues in the same vein, again returning to the themes that run through his books – dreams, purpose, love – and relying heavily on the coelhian anecdote. Other videos in the series include ‘Fear of changing’, ‘Feeling useless’, ‘Humans and energy’, adding another self-help spin to Coelho’s body of work. To summarize the words of a man of many quotable words, all that matters to lead a successful, happy life is positive thinking. Not circumstance, not divine intervention, not any intrinsic factors – all that matters is positive thinking, Coelho assures his philosophy-hungry viewers. ‘It was always the tendency of my life to be clear without being superficial’, he revealed in an interview in 2013.

Coelho’s Twitter feed is as all-embracing as his books, opinions and video channels: from retweets of fans’ pictures to inspirational quotes that may or may not come from his books, from glamorous selfies with the sunset in the background to multilingual reminders that his books are available on bookshelves around the world, @paulocoelho is a universe unto itself. Undeniably, an army of over 9 million followers makes Coelho an Internet celebrity, a status which he wholeheartedly embraces: ‘Twitter I think is an art’, he stated in a 2013 interview with The Guardian, when the count was still at a measly 6.3 million. Retweets abound, with some of the more popular Coelhoisms being: ‘Never apologize for being yourself’ (2,162 RTs); ‘When we repeat a mistake, it is not a mistake anymore: it’s a decision’ (2,374 RTs); ‘If you understand life, you need a reality check’ (3,542 RTs). 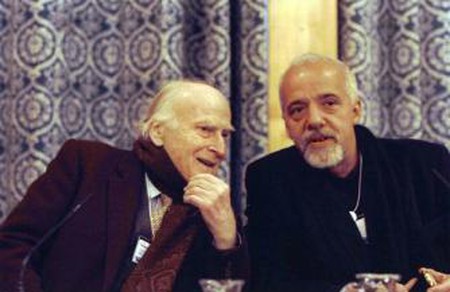 In reality, Coelho’s incessant tweeting has reached the status where it no longer requires an Internet connection. Happy Moments, what Coelho refers to as his ‘tweetbook’, was published in South Korea in 2013, complete with numerous quotes taken directly from his Twitter feed and colorful illustrations with a red heart as the graphic leitmotif.

With +PauloCoelho boasting over 2.1 million subscribers, and his Facebook page attracting more than 28 million followers, Paulo Coelho is here to stay.