The Definitive Guide to Getting to Barra Grande 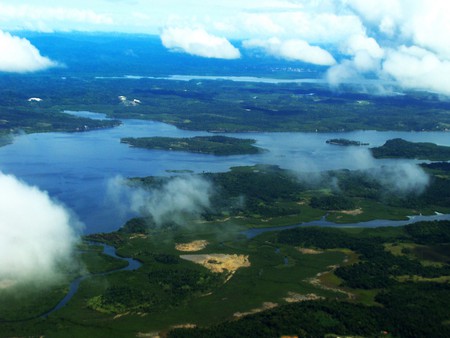 Barra Grande from above © Decio Baptistucci/Flickr

A large part of why Barra Grande is such an exceptional destination is due to its inaccessibility. Keeping itself to itself on the tip of the Maraú peninsula in Bahia, it has escaped development and mass tourism. It is, without a doubt, worth the effort to visit but plan your journey carefully and don’t whatever you do try to rush. This is Bahia after all. Here are the best ways to travel to Barra Grande.

To set the scene Barra Grande sits at the mouth of Brazil’s third biggest bay, the Baía de Camamu, surrounded by a vast, calm expanse of water on one side and the rolling, frothing waves of the Atlantic on the other. The narrow peninsula is home to relatively few people but is a haven to all kinds of wildlife that live in the rainforest, among the palms and that populate the lagoons and surrounding sea. 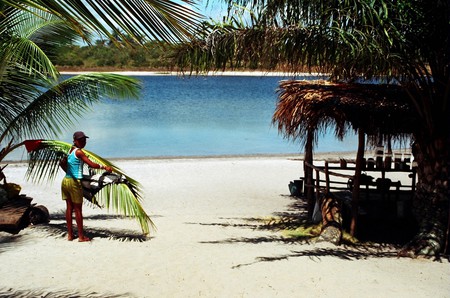 It was only in 2007 that a road was built creating access to the Maraú peninsula from the south and from Bahia’s coastal highway, the BR-101. The road that runs along the peninsula to Barra Grande, the BR-030 is, however, still unpaved so it is a rutted, pot-holed orange dirt road that covers your car in dust in the hot weather and mud in the wet. It is about 40km long and takes around an hour and a half to reach the town once you leave the main road.

Be advised: small cars don’t cope well and often come a cropper on the bumps and undulations on the road. Rent a 4×4, which tend to be in short supply in the high season (New Year to carnival). Many people hire quad bikes in town to explore the peninsula.

The two closest airports to Barra Grande are Salvador, which is international, and Ilhéus which is domestic. If you are flying to Ilhéus it is easily to get a taxi from the airport to Camamu and from there to take a boat across the bay. You can also take a ten-minute taxi to the rodoviaria and catch one of the direct buses which leave twice a day or an hourly one to Itacaré and get a connecting bus from there to Camamu or all the way to Barra Grande. Alternatively you can hire a car or taxi and drive a similar route around the bay to join the dirt road for the bumpy ride to the town. 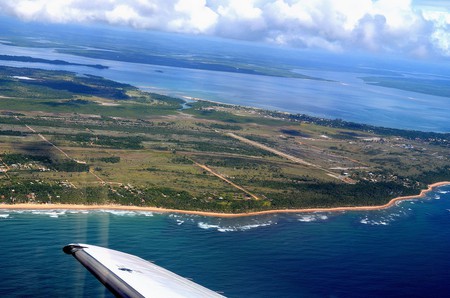 If you are coming from Salvador, it is best to cross the city’s Bay of All Saints by ferry from Terminal Marítimo de São Joaquim to arrive at Bom Despacho on Itaparica island. From there you can get a coach to take you to Camamu. Buses leave hourly through the day from close to the ferry terminal and the journey takes around four hours. A sneaky tip to save you time and money: if you want to take a taxi transfer all the way to Camamu, catch the passenger ferry from near to the Mercado Modelo in Salvador to Mar Grande on the far side of Itaparica and meet your driver there. It is best to pre-arrange your transfer which can be done through various tour companies online or via your hotel or pousada.

From Camamu, you have two options. The public ferry chugs across the bay at a leisurely pace, taking approximately an 1 hour 40 mins and costing around R$6. Or speedboats, lanchas rápidas, leave every hour between 6am and 5pm and cost close to R$30. Quite often they are fully booked at peak times so be prepared to wait for the next one. 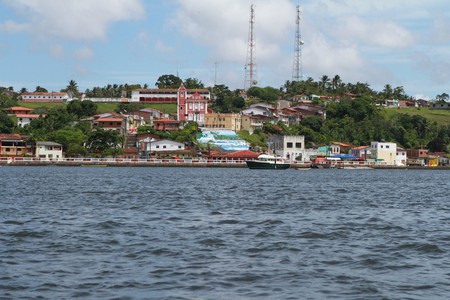 When the boat arrives in Barra Grande you will be deposited on the pier. Straight ahead, only a short walk into the town, you’ll come across the taxi rank. Efficient but expensive, drivers can take you to your pousada. To reach further away beaches, like Taipu de Fora, look out for the ponto das jardineiras where you can jump in the back of a pick-up truck with benches which will take you over once it is full up. Alternatively, if you are staying in the centre, men with barrows or carts will wheel your bags while you walk. 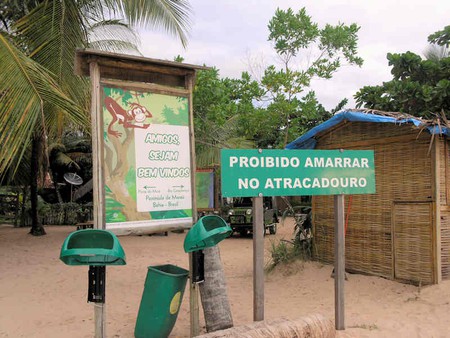 Take note: if you are leaving from Salvador, be sure to catch a ferry sufficiently early and make the second ferry connection from Camamu before nightfall. Equally if you are heading back to Salvador, leave enough time to make the ferry from Itaparica and cross the city to the airport.

The journey to Barra Grande can be time consuming but it is not boring and well worth the effort. Each leg of the journey has its merits and if you are beginning your holiday it will hopefully help you unwind and relax into the pace of Bahian life. The ideal itinerary, however, is to fly to Ilhéus, take a taxi to Camamu and hop on a speedboat to Barra Grande and then walk or taxi to your billet. Easy.