The Best Towns to Visit in Santa Catarina, Brazil

The towns in the state of Santa Catarina are truly diverse. On the coast you will be treated to stereotypical Brazil – golden beaches, samba, and sun-kissed locals. Move inland and you swap caipirinhas for beers, sparkling beaches for rolling hills, and latin flare for German precision. Here are some splendid Santa Catarina towns.

Approaching the northern border with the state of Parana, the Itapocu River empties into the ocean and creates a sandbar and thin pocket of water that leads all the way down to the town of Barra Velha. Here you will find a community that is not quite a city, but not a small town, settling right in between. It has a relaxed vibe, and great strip of beach with the waterway just beside the ocean creating a peaceful natural swimming pool. 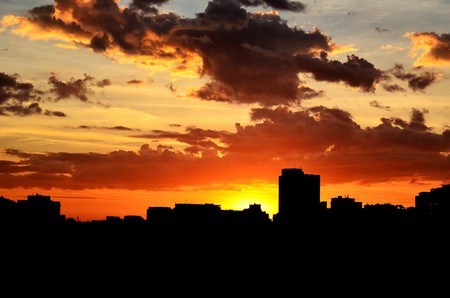 The island of Florianopolis, or ‘Floripa’ is home to a conglomeration of towns sprinkled around the island and one of the favourites is simply referred to as Lagoa. You are treated to a gorgeous view of the tranquil lake from almost anywhere in town, including great coffee shops, restaurants, and activities like kiteboarding, windsurfing, paddle boarding and even sandboarding. 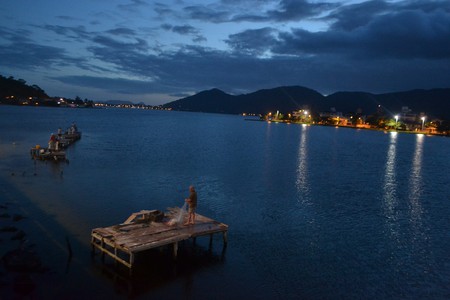 The lake that centers the island empties through a slow moving, but powerful river that bends and twists its way through the shanty town houses built on the water’s edge. It then empties out into the ocean right at the beautiful beach, in the center of the equally handsome town. As with many things on the coast, everything revolves around the water and the whole town seems to be right where the river and ocean meet as the restaurants, bars and cafes all peer out to the stunning view. 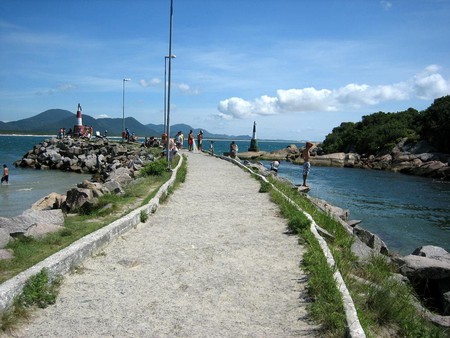 This is the Brazilian equivalent to a place like Surfers Paradise in Australia, where it revolves less around the surf, and more around the nightlife. Highrises line the shore, which makes for a happening little metropolis that also provides a great strip of beach for nursing that hangover. A few caipirinhas from one of the vendors to help you forget the lesson last night should have taught you, and you’ll be feeling good enough to repeat! 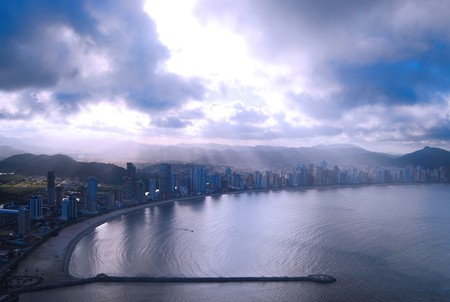 If the thought of bustling Balneário Camboriú makes you a little uneasy, then you are most likely a Garopaba person. On the other side of Florianópolis than Balneário, Garopaba is a tourist destination that has remained authentic in that it is not all lined with sunglasses shops and themed bars. This place gives the feeling that you are being welcomed into a residential town, that just happens to contain a terrific beach, lined with restaurants and bars.

It will take you a few buses to get here, certainly not the easiest place to get to, but the kill is worthy of the hunt as you are treated to a few towns, beaches, and hikes. Bombas is the biggest part of the town on the northern side of the peninsula with a giant strip of beach, and over the hill is the smaller town of Bombinhas, also, with a beautiful stretch of golden sand. Continue over another big hill and you hit Praia Mariscal, a residential area built on the most vacant beach in the area, which ends at a must visit trail up Cerro Macaco. 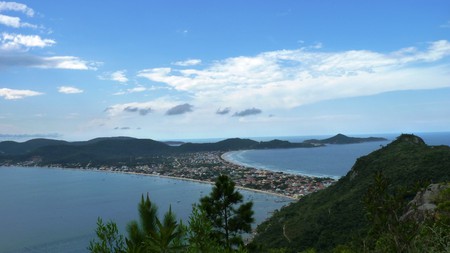 The town of Blumenau is quite possibly the most German place in all of Latin America. Blumenau is the center of the Vale Europeu which looks more like part of Bavaria, than Brasilia, so much so, that the town is actually home to the 3rd largest Oktoberfest in the world.

On a smaller scale than Blumenau, Pomerode is another town that has been painted with a very European brush and is right in the heart of the European Valley of Santa Catarina. Breweries, bars, German architecture, and beautiful rolling hills make up the town that gives Blumenau a run for its money as most pleasing town in Santa Catarina. 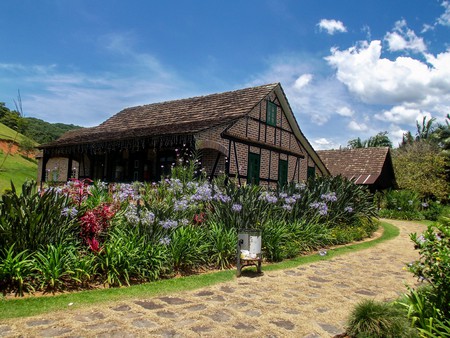 If you’ve done your research on Santa Catarina, this place may not have popped up, but the name Praia do Rosa will probably ring a bell, as it is one of the most popular beaches in the southern part of the state. The town closest to Praia do Rosa is that of Ibiraquera and its dusty, sandy, unpaved roads are a perfect, laid back compliment to the beach that is also as untouched as you could hope for.