The Best Nightclubs in São Paulo

São Paulo is often unfairly regarded as an ugly, boring, busy city with nothing for tourists to do. In actual fact, it’s full of urban beauty, with lots to do, and even the traffic isn’t nearly as bad as tourists’ favorite Rio de Janeiro. However, even detractors of São Paulo will agree on one thing: São Paulo’s nightlife is the best in the country, and one of the best in the world. With a huge selection of clubs, scenes and music styles, as well as one-of-a-kind spontaneous independent parties and nights that stretch long into the following morning, there aren’t many cities on Earth that come close to matching clubbing in São Paulo. Here are some of SP’s top clubs.

Probably the most important electronic music club in Brazil, São Paulo’s D.EDGE is well regarded around the world for its incredible design, sound system and excellent music.

Even if D.EDGE’s brand of conceptual electronic music and deep house isn’t your thing, it is perhaps even worth a visit just for the atmosphere alone. The club was designed by Brazilian visual artist Muti Randolph and has an extraordinary avant garde/space age feel. Vice once described it as “Tron-like” and “like the hospitality lounge on a starship”, which is pretty much spot on. 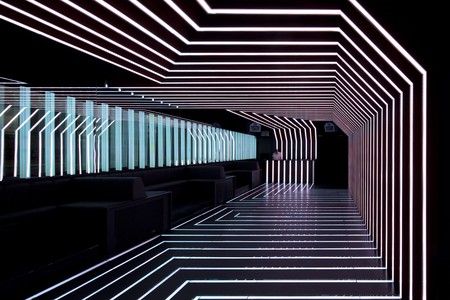 Nicknamed “The Club of All Clubs”, Love Story has become somewhat of a legend on the São Paulo nightlife scene. With parties that only really get going at around 3AM and go on almost until lunchtime the next day, it’s the ideal place for true night owls. It is said that musician Nick Cave, when living in São Paulo between 1990 and 1993, spent most of his evenings in Love Story, while former heavyweight boxer Mike Tyson was arrested there in 2005. British house duo Layo & Bushwacka! wrote their famous 2002 single “Love Story” in homage to the club. 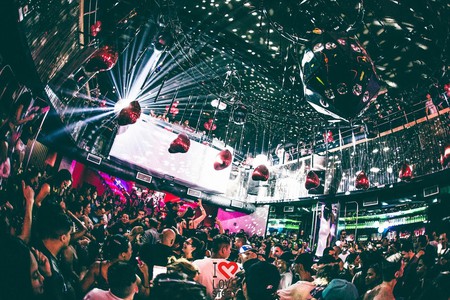 Interior of Love Story, "The Club of All Clubs" | © Love Story

The crowd is quite eclectic, often frequented by celebrities, the very rich, drug dealers and off-duty sex workers (in fact, the club was originally created to cater for those who worked very late), and while this may sound a bit daunting to some, the atmosphere is actually quite thrilling – everyone is there to let loose and have fun, whichever walk of life they come from.

The layout and décor of Love Story is reminiscent to that of Amsterdam and Ibiza’s best electronic clubs, with incredible light effects and a great sound system. Prices can be quite steep for Brazilian standards, but it’s worth it for the experience.

Located in São Paulo’s historic center, Trackers is probably the most popular of the city’s alternative clubs, always attracting crowds at the weekends. Situated inside an old apartment building, the club has plenty of varied spaces with good music and fairly inexpensive drinks, bringing in a reasonable young and hip crowd.

Decoration-wise, Trackers goes for a somewhat underground, Clockwork Orange look, with labyrinthine corridors that take you around the club’s various dance floors. As it attracts the alternative crowd, the music is generally rock, new wave and a bit of indie, but it’s no surprise to stumble upon DJs spinning hip hop, house or even something a bit more avant garde. As we know, one of the most important parts of a nightclub is its smoking area, a chance to escape the noise and grab some (not so) fresh air. The smoking area at Trackers is a balcony which, while being a bit small for how popular the club is, offers a gorgeous view of São Paulo’s center at night.

One of the best new clubs opened in São Paulo over the last few years, Casa da Luz is a truly unique spot. Inside a renovated 19th century mansion across from the imposing Luz train station, the decoration is rustic and bohemian, and the whole place has a sort of gritty, DIY vibe. The music ranges from laid back samba and jazz to heavier trap and hip hop, so keep an eye on their schedule to know what you’re in for. 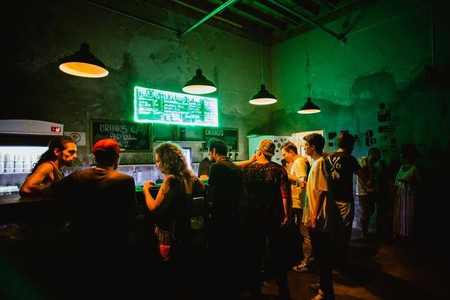 The surrounding area can be a little sketchy at night, located only a few hundred meters from Cracolândia, São Paulo’s notorious open-air crack cocaine market, but it is largely safe and there are plenty of taxis to take you in and out of the area if you’d rather the peace of mind.

Located in Barra Funda, Pratododia is not exactly the most popular club in São Paulo, but is definitely one of the best places in the city to listen to music. With a superb team of DJs, only spinning vinyl, every Thursday to Sunday they play a great selection of soul, groove, hip hop and funk.

Inside it is unpretentious, attracting a fun-loving and energetic crowd of all ages and from all scenes. If you’re looking for a good time with good music, without having to pay over the odds, roll on down to Pratododia.

Though it is mainly thought of as a concert venue, the charming Cine Joia also hosts a series of club nights on weekends, with music ranging from indie, R&B and electro to cheesy 90s pop. The crowd is usually fairly young, from teenagers to twentysomethings, often meaning the parties will go on until the wee (or not so wee) hours of the morning. 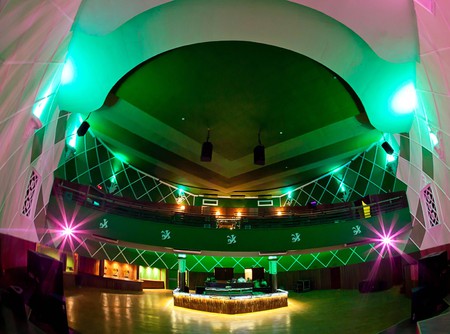 Located just off Liberdade Square, Cine Joia was originally one of the most famous Japanese cinemas in São Paulo’s emblematic East Asian neighborhood, before closing its doors in the 1980s. It was renovated and reopened as a venue in 2011, thanks to the initiative of Grupo Vegas, who also own Lions and Yacht Club, as well as other bars around São Paulo.

While São Paulo’s club scene is one of the best around, the most exciting developments in the city’s nightlife are happening away from the clubs and coming thanks to independent music collectives who organize a series of mind-blowing parties around SP every weekend. Initiatives such as Mamba Negra, Gop Tun, Vampire Haus, Selvagem and Carlos Capslock hold extravagant “secret” events all over the city, often in São Paulo’s countless abandoned warehouses.

As well as having the mission to reclaim unused urban space and create spontaneous, liberating parties, the collectives also count some of the city’s best up-and-coming DJs within their ranks, leading to some truly unforgettable nights. Events are announced weeks in advance, but the party location is only revealed on the day via each collective’s Facebook page.