Movie Theatre © Matthew Berggren/Flickr
In the days of multiplex cinema chains, it is refreshing to see cities where independent movie houses still hold their ground and thrive. One such city is São Paulo, where movie buffs looking for alternatives to Hollywood blockbusters have several excellent independent cinemas to choose from. Here is our guide to the best independent movie theaters in the city.

Cinema, Movie Theater
Almost fifty years after its inauguration, this cinema house has kept the characteristics which made it one of the most popular movie theaters of the 1950s in São Paulo: red armchairs, an entrance hall with marble staircases, brass handrails and mirrored walls. With sessions from Tuesday through Sunday, the playhouse shows a variety of films, including shorts, documentaries and movies. SPCine Olido, however, continues to highlight independent movies, especially Brazilian productions.
Looks like it's closed Hours or services may be impacted due to Covid-19
More Info
Open In Google Maps
473 Avenida São João, Centro Histórico de São Paulo São Paulo, 01036-000, Brazil
+5511956408564
View menu
Visit website
Visit Facebook page
Send an Email
Give us feedback

Movie Theater, Theater
CineSala, located in the Pinheiros neighborhood is one of the few remaining independent street cinemas around in São Paulo. This movie theater not only has regular seats, but also single and double sofas, which make movie-goers feel like they are at home! Expect cult movies and independent productions. All movies are shown in their original language with Portuguese subtitles.
Looks like it's closed Hours or services may be impacted due to Covid-19
More Info
Open In Google Maps
361 Rua Fradique Coutinho, Pinheiros São Paulo, 05416-010, Brazil
+551150960585
View menu
Visit website
Visit Facebook page
Send an Email
Give us feedback

Cinema, Movie Theater, Theater
Movie seats at the Belas Arte Drive-In, São Paulo | © Belas Artes
Known for its alternative programming, this film house is one of the most important intellectual and artistic meeting places in the city. Belas Artes has two theaters and in 2011 during a financial crisis, the cinema announced it was closing its doors. Four years later, after avid moviegoers staged the largest mobilization ever held in Brazil in defense of a cultural heritage site, the space was re-opened with the help of the city and a major federal bank. One of the movie theaters – the drive-in – has seats like those found in old automobiles, and really gives the authentic feel of a drive-in.
More Info
Open In Google Maps
2423 Rua da Consolação, Consolação São Paulo, 01301-100, Brazil
+551128945781
View menu
Visit website
Visit Facebook page
Send an Email
Give us feedback

The Reserva Cultural is one of the most popular cinemas in São Paulo showing independent films and foreign productions outside the Hollywood circuit. The movie theater, located in the middle of São Paulo’s most famous avenue, Avenida Paulista, has four theaters equipped to accept both old 35mm film and digital equivalents. The cinema’s atmosphere is charming and offers guests the option to buy art or film-related books before or after the showing. The small restaurant next to the cinema’s waiting room serves coffee and pastries.

With the objective of having a place to showcase productions that seldom find their way onto the regular film circuit, or that have spent very little time in movie theaters, the Centro Cultural de São Paulo holds movie sessions at reduced prices. The aim of this venue is to give space to films which have been underestimated or overlooked by film critics. The playhouse sometimes shows several movies from a single director or actor. 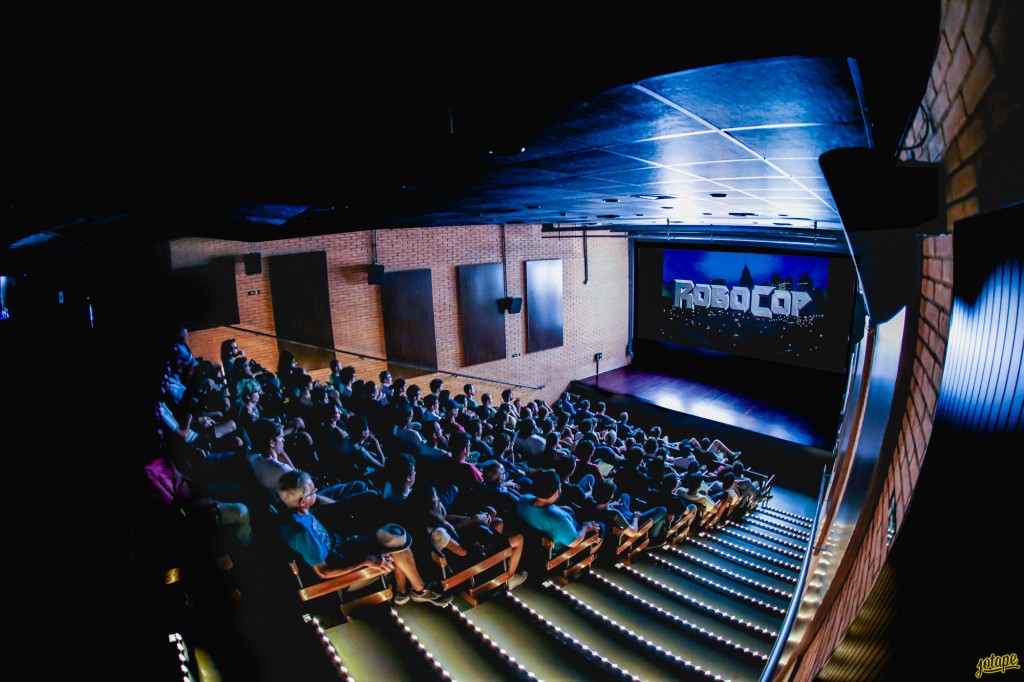 Building
The films shown at the Cinemateca are usually those seen on the alternative circuit, but many people come to this theater for the building rather than the movies. The venue used to be a slaughterhouse in the 19th century and has a beautiful outside area, great for picnics. The building also holds one of the most important audiovisual libraries of South America. The two movie theaters show restored classics and films outside the commercial circuit, very popular with film buffs, interested in cinema aesthetics and innovation.
Looks like it's closed Hours or services may be impacted due to Covid-19
More Info
Open In Google Maps
207 Largo Senador Raul Cardoso, Vila Clementino São Paulo, 04021-070, Brazil
+551135126111
View menu
Visit website
Visit Facebook page
Send an Email
Give us feedback
Give us feedback