Joatinga | © vitormarigo/Shutterstock
The beach is home to many of Brazil’s cultural symbols; the bikini, beautiful people and flip flops, to name a few – and it’s part of the carefree lifestyle. Beaches such as Copacabana made it mainstream years ago, yet there are many spellbinding beaches that have slipped under the radar, hidden gems for those that seek them out. Here are some of Rio’s beaches that you probably haven’t heard of.

One of Rio’s relatively unknown gems where the presence of skyscrapers and apartment blocks is yet to intrude, Prainha is a small crescent of soft, white sand that makes one of the most peaceful, untouched beaches in Rio. The beach is flanked to one side by mountains carpeted with rainforest; to the other, a turquoise ocean peppered by the white tips of breaking waves. It’s a favorite among surfers and those looking for a quiet retreat. Take care swimming as there are no life guards on the beach. Also, plan your journey back as taxis don’t circulate in this region. 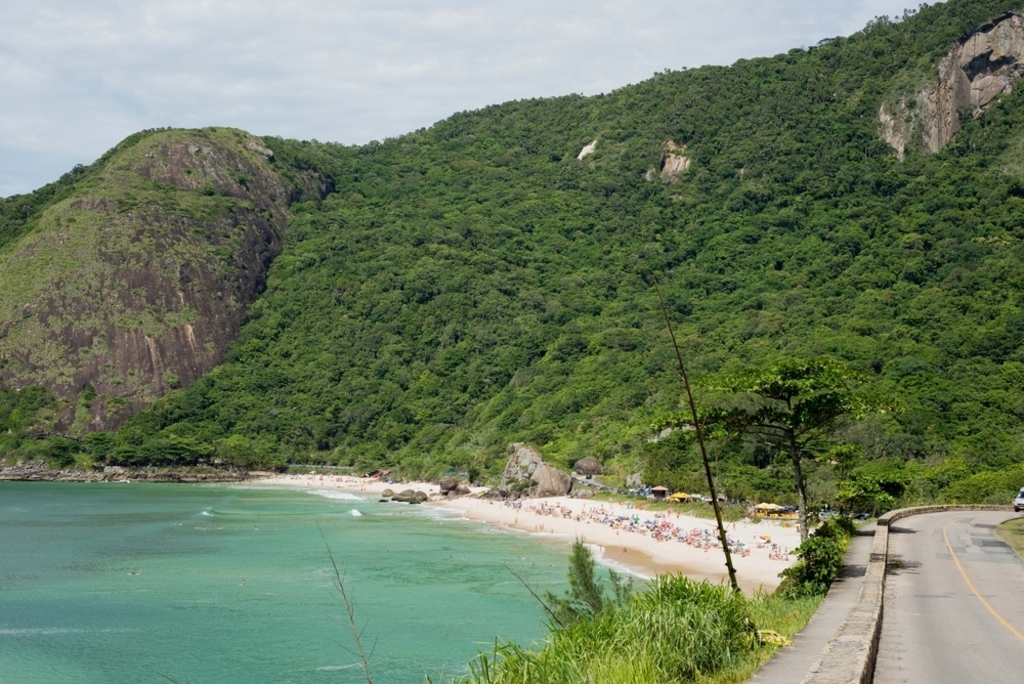 Part of the charm of Joatinga is its slightly tricky accessibility that makes it feel all the more exclusive and worth the journey there. Follow the short, winding trail that leads from the road through the forest before opening out onto the white sandy shores of Joatinga. For a tiny beach, its beauty creates a huge impact with the bluest of blue waters and a lush forest border. The little bay is perfect for swimming in the cleanest part of Rio’s ocean with neat, inviting waves for surfing.

With no threat of development, Lopes Mendes on Ilha Grande arcs three kilometres around the calm, crystal clear ocean, its fine, creamy sand evoking images of paradise. The beach is a pure natural retreat with no buildings for as far as the eye can see and with only the odd lonely beach vendor selling drinks and basic snacks. With so much exposure, the sun is fierce during peak hours, but the palm and almond trees that line the beach provide relief. Ilha Grande is an island in the state of Rio de Janeiro, just a couple of hours away from the main city. Getting there is half of the adventure: take a bus from Rio to Angra dos Reis before taking a 40-minute boat trip to Vila do Abraão on Ilha Grande. Then, take a taxi boat to Manges beach, walk through the forest-coated hill and descend onto the marvelous Lopes Mendes. 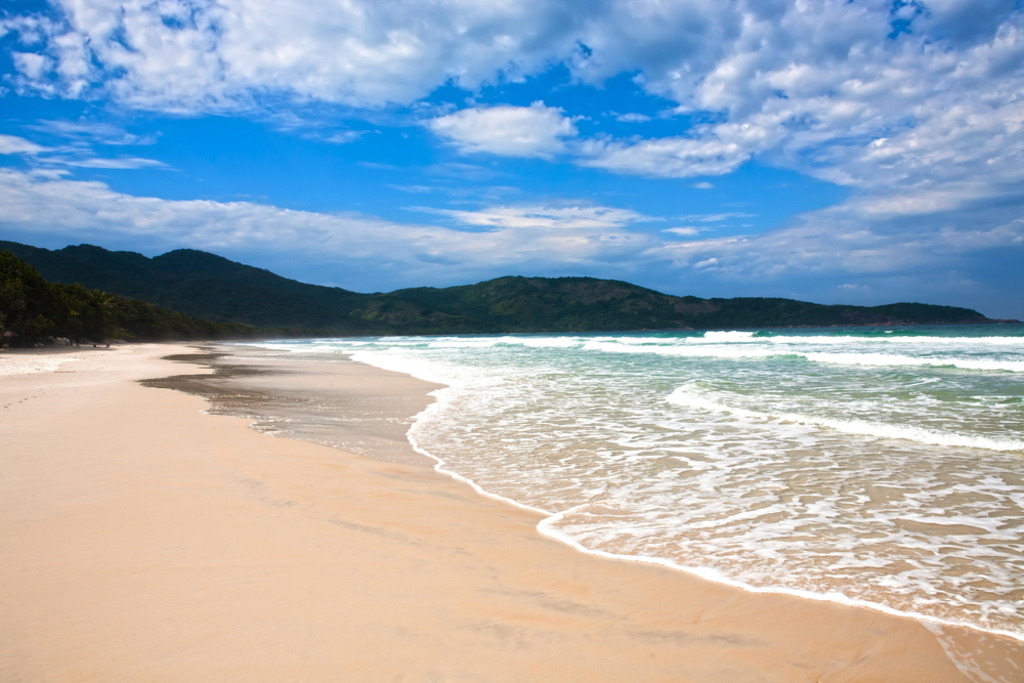 Praia do Forno is in Arraial do Cabo, just a couple of hours by car from Rio de Janeiro. Arraial do Cabo is a sleepy, fisherman’s village with a relaxed atmosphere, a world apart from the commotion of neighboring town, Búzios. Praia do Forno is Arraial do Cabo’s golden star in the beach stakes, with white sloping sands and breathtakingly blue water with a few gentle ripples rather than waves. It can only be accessed by boat taxi or a hike up and over the hill that is covered in vegetation including plump, spiky cacti. 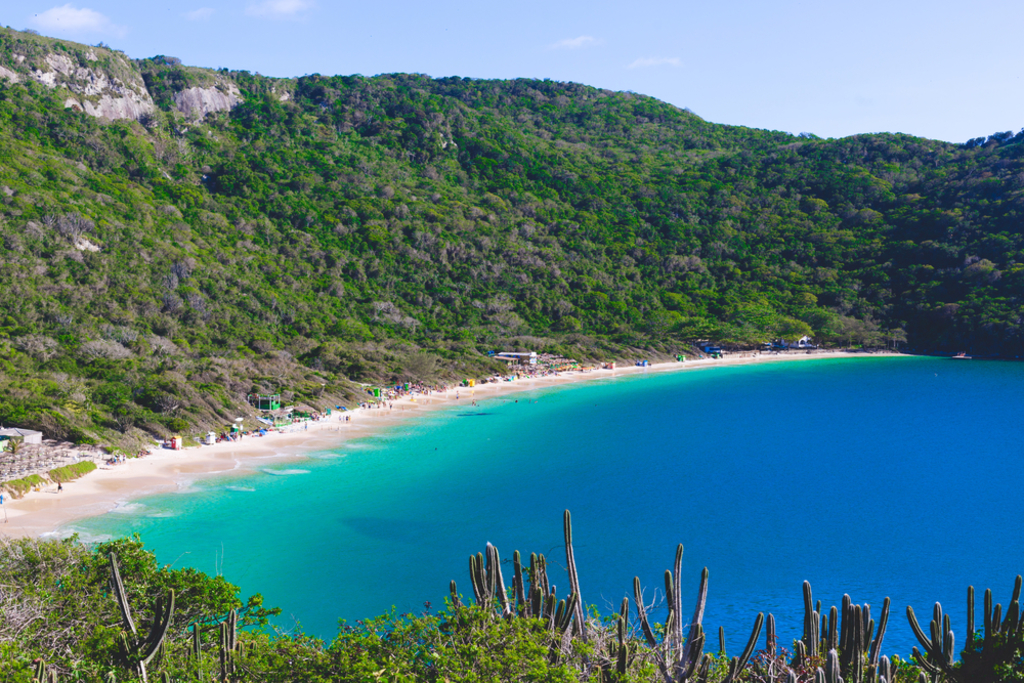 The elusive ‘Secret Beach’ has gradually lost its mystery as increasingly more people hear of this little snippet of paradise and naturally went to check it out. Despite its less-than-secret status nowadays, it still remains relatively unknown and one of the most peaceful and calm retreats in Rio. Located in Recreio, a neighborhood in the far west of Rio de Janeiro city, Praia do Secreto is in fact a natural pool that is protected by a team effort between a fringe of smooth rocks and the ocean. The shallow water warms up quickly, making for an irrestible resting point and a welcome change to Rio’s surprisingly ice-cold seas. 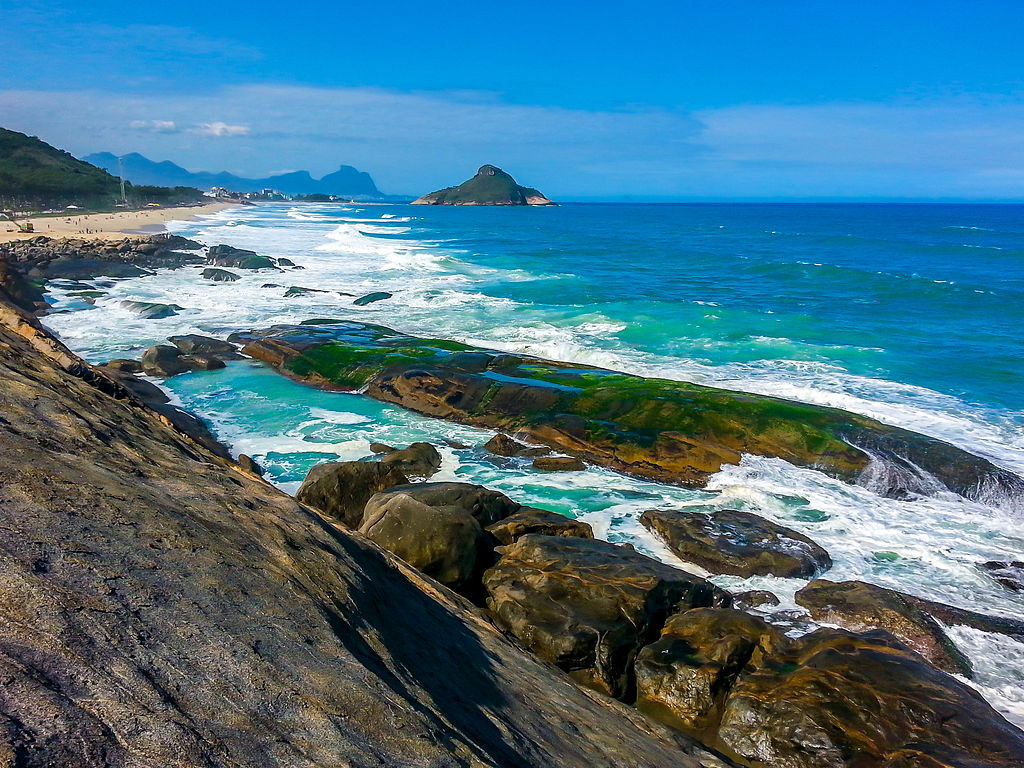 Praia Itacoatiara stretches across the coast of Niterói, a city just across the bay from Rio de Janeiro. The fine sand slopes easily around the wide bay with clear, clean waters to one side and a lively promenade to the other. The ocean here is more agitated with perfect, exhilarating waves that draws in the surfers like a bear to a honey pot. With a row of lively kiosks of live music, chilled drinks and Brazilian snacks, Itacoatiara isn’t the natural escape like some of the other beaches, but its beauty is equally captivating. 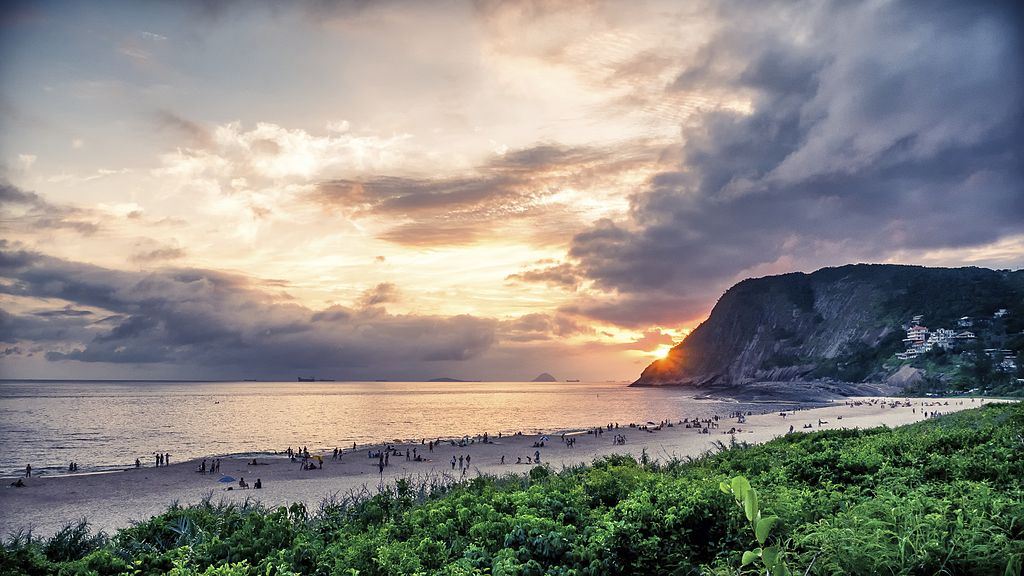