The Best Brazilian National Dishes And Where To Find Them 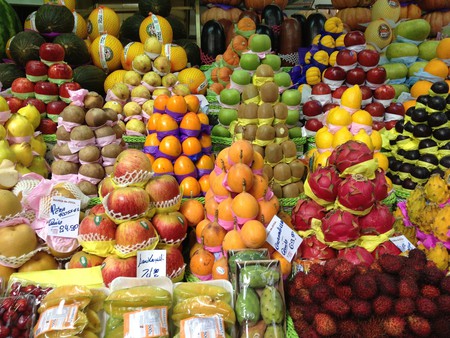 Brazil’s hearty, flavorsome cuisine embodies the rich panorama of cultural influences in the South American country. It combines indigenous ingredients with the influence of Portuguese and West African culinary traditions, which account for its unique combination of spice, gusto and depth of flavor. Explore what Brazilian food has to offer through the regional varieties of this rich cuisine, and find the best places to experience Brazil’s most famous dishes. 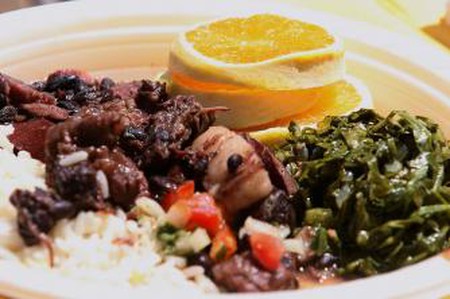 This is perhaps Brazil’s most famous dish, and there are innumerable varieties and incarnations of Feijoada to be found throughout the country, with each region having their own specific take on this classic piece of Brazilian gastronomy. The dish is essentially a stew of beans with beef and pork, and its name derives from the Portuguese word feijão, meaning ‘beans’. In its Brazilian incarnation it is usually prepared with black beans, although white, pinto and red are also acceptable, which are combined with pork or beef in a thick clay pot. Vegetables such as okra, pumpkin and even banana are added, along with a blend of spices and chilies. The result is a thick, glutinous and hearty stew bursting with flavor, which is eaten all year round in Brazil. The versatility of this dish means that no two feijoadas will ever be the same and every cook in the country has their own take on this Brazilian culinary classic.

Where to try it: Casa da Feijoada

While feijoada is found throughout the country, most restaurants only serve it a few times a week, when they have a ‘Feijoada Day’. Casa da Feijoada, in Rio de Janeiro’s Ipanema district is one of the few places to serve feijoada every day, which is unsurprising from a restaurant named House of Feijoada. The menu offers all of the infinite permutations of the dish and the attentive staff are more than willing to find one to suit each taste. 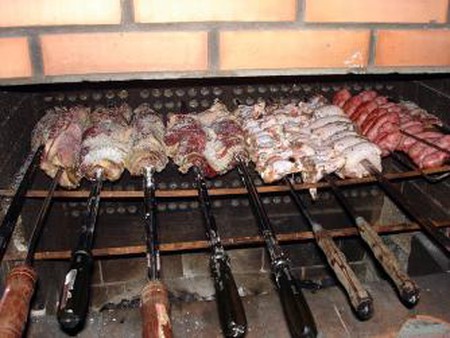 While most South Americans would agree that Argentinians are the masters of the barbecue, Brazil’s natural culinary flair has made their steakhouses almost as legendary. The simple grills of these establishments owe their origins to the fireside roasts of Brazilian gauchos in the 18th century, and their simple, unpretentious style has arisen from those cowboy traditions. Churrasco encompasses all types of skewered meat and the best barbecue restaurants in Brazil will typically offer guests their choice of prime cuts to skewer and then grill to perfection.

Where to try it: Porcão Rio’s

The legendary Rio establishment of Porcão Rio’s is the best place to experience a communal Brazilian steakhouse, and to indulge in a wide variety of barbecue. This cavernous restaurant is located on the beach front, and the floor to ceiling windows let customers indulge in the view while enjoying their huge portions of grilled meat. 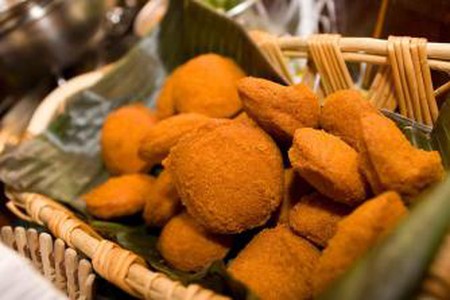 A potent combination of peeled black eyed peas and shrimp, which is rolled into a ball and deep fried, acarajé is an example of the African influence in Brazilian cuisine. The dish is mainly found in the Bahia region and is often served as street food in the markets of Salvador. It is also a fixture of the religious tradition of Candomblé, an Afro-Brazilian offshoot of Catholicism. Varieties of the dish can also be found in Nigeria, Togo, Ghana and Benin and it is thought the dish was brought over to Brazil by slaves from the African coast. That this simple street food bears such a rich cultural, social and religious history is evidence of the amalgamation of cultures which is so typical of Brazil.

Where to try it: Salvador Market

The markets of Salvador in Bahia, northern Brazil are the best place to find classic acarajé. The vendors are usually women dressed in white robes, so are hard to miss, even among the crowded street markets. They can also be found in markets in Rio de Janeiro and other major cities. 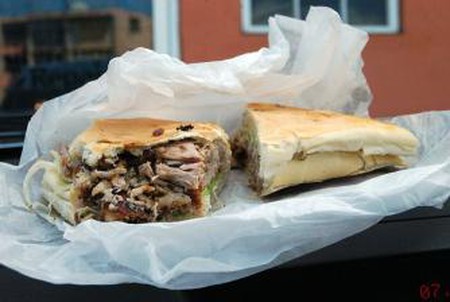 Pernil, which translates as pork loin, is sometimes served as the centerpiece of a meal but is usually used as sandwich filler in Brazil, in a variant of the pulled pork sandwich. This Caribbean inspired dish is typically found in street food markets and other roadside establishments, but has also been raised to new gastronomic heights in Brazil where it is one of the most typical late night snacks. It is served on crusty French bread with a variety of side dishes and sauce combinations, all of which makes for a hefty, and ultimately satisfying meal for anyone who has spent too long out on the beach.

Where to try it: Estadão

A legendary late night snack hut in Sao Paulo which is open 24 hours a day, Estadão welcomes visitors throughout the night. This no frills cafe is the best place to experience true Brazilian Pernil.

Carne de Sol is a northern Brazilian dish which again brings the country’s carnivorous tendencies to the forefront. It consists of heavily salted beef which is left out in the sun for several days to cure, and is a distant relative of America’s Beef Jerky and the Caribbean favorite Biltong. The name translates as ‘meat of the sun’ and it is a dish which embodies the arid, desert like landscape of the northeast Region. It is often fried or served in a hamburger, or with onions and the typical thick potato chips of the area, and it makes for a gloriously meaty feast.

Where to try it: Picui

One of the best restaurants in Maceio in Northeastern Brazil, Picui takes rustic dishes such as Carne Do Sol and raises them to a gourmet level, whilst still staying true to the earthy origins of this region. 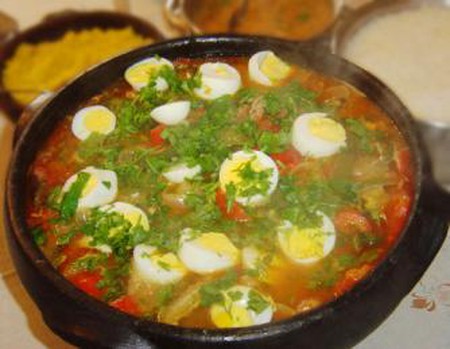 Brazilian seafood is as diverse as the country’s mammoth coast line suggests, and each region along this huge stretch of shore has its own particular take on the fruits of the sea. The moqueca is perhaps Brazil’s signature national seafood dish, and is the counterpart to the more meaty feijoada. It is also an Afro-Brazilian inspired dish, which brings flavors and techniques from the West African region and combines them with typically South American culinary styles. It usually combines grouper, snapper, mahi mahi, salmon, or monkfish with various vegetables and spices including limes, cilantro, paprika, palm oil and coconut milk, and lets them stew for up to an hour. The best moqueca are from the states of Espírito Santo in the southeast, where the dish is said to have originated, but like feijoada, the dish can be found throughout the country in various incarnations.

Where to try it: Cantinho do Curuca

In Espírito Santo, the home of Moqueca, each version of the dish is a classic in its own right. However Cantinho do Curuca deserves a special mention because of its beach side location and the party atmosphere it cultivates.