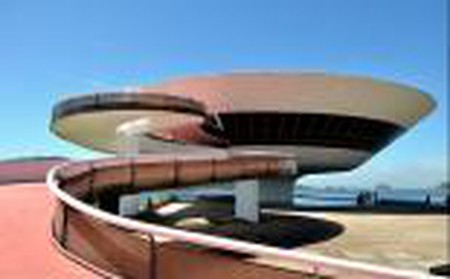 To the very end of his 104 years Oscar Niemeyer was an animated, charming and most of all passionate character. Passing away just before his 105th birthday the architect is celebrated for reinventing Brazilian architecture, contributing towards the development of Modernism and creating Brazil’s capital Brasilia. Once a student of Le Corbusier, he has inspired architects throughout his career and designed over 600 buildings, all beautifully preserving his youthfulness and love of life. 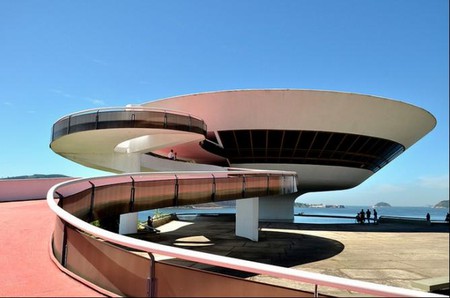 Brasilia became Brazil’s capital in 1960, relocating from Rio de Janeiro to a more geographically neutral position in the center of the country. Prior to its birth, the land that would be known as Brasilia resembled a desert populated sporadically by animals. The President at the time, Juscelino Kubitschek, invited Lúcio Costa to organize the city’s urban plan, for which he chose a simple and functional layout. The role of the city’s architect was designated to the Brazilian Oscar Niemeyer; in his hands lay Brasilia’s architectural identity. As a contrived city Brasilia provided the country with an opportunity to reform its identity and become a symbol of the future. The capital is the only 20th-century city in the world that has been recognized by UNESCO, receiving a Historical and Cultural Heritage of Humanity status. 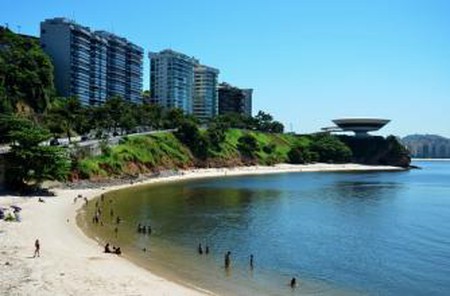 There was pressure for Brasilia to become a regurgitation of past styles amalgamated with modern details to form a mash that left the eye disorientated. Niemeyer rejected any involvement with past architecture in order to create a clean start. His intentional shift away from colonial buildings was by no means a shun, but a way to preserve Brazil’s architectural past. The mixture of styles would have proved a confused blur: in-between architecture would not do.

Niemeyer’s architectural language is a composite of ingredients, namely the inspiration he sought from Brazilian landscapes and the social fulfillment of architecture. Niemeyer wanted his buildings to be surprising, unexpected and above all beautiful. His architectural language lends a diplomacy that benefits the poor as they are able to appreciate the beauty of his forms. This social engagement was informed by Niemeyer’s left-wing political stance, one that saw him banned from the United States of America during the Cold War, and shunned by right-wing Brazilian politicians during the 1960s and 1970s. Niemeyer lived by his self-confessed motto ‘the fucked up have no rights’, and went about righting this wrong within the urban fabric of Brasilia. 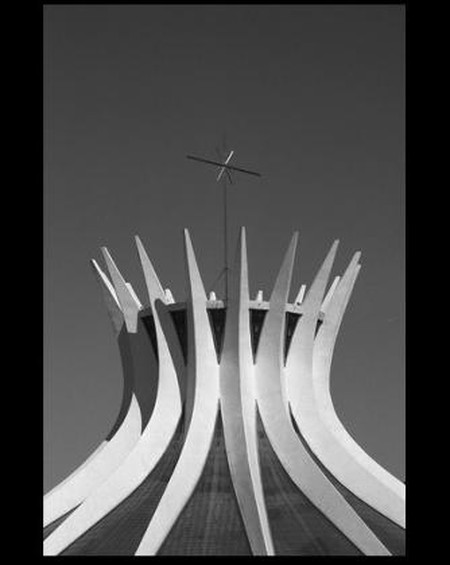 Some of the most influential buildings of the 20th century were designed by Niemeyer, including the Cathedral of Brasilia, Niterói Contemporary Art Museum and Brasilia’s governmental buildings. The former led to the architect receiving the Pritzker Prize in 1998. Completed in 1970, the Cathedral’s structure consists of 16 concrete columns with curved forms reaching towards the sky to represent two hands. The flow of concrete is complimented by the stained glass windows, whose green, brown and white hues create an ethereal quality within the building.

The comparison between Niemeyer’s curvaceous forms and Brazilian women has been recycled again and again, summed up by his famous quote:

Niemeyer’s thirst for free, organic and natural forms led him towards the playful capabilities of reinforced concrete. By sculpting the material he began to explore its aesthetic potential and visual impact. 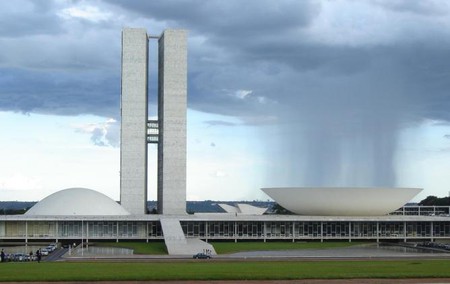 Niemeyer’s Modernist contemporary, Le Corbusier, also embraced the technological advancements of concrete and developed a theoretical, conceptual and formal landscape informed by the material. Le Corbusier determined five architectural principles, including elevating the building off the ground with pilots, forming a free facade and having an open floor plan. He considered these principles to be the foundation of Modern architecture. Niemeyer was once a student of Le Corbusier and the two held a mutual respect for one another, exemplified in their collaboration on the UN building in New York. However, Niemeyer opposed Le Corbusier’s modular aesthetics and set rules, opting for the freedom of flowing curves. Despite sharing a love of concrete, Niemeyer’s rejection of Le Corbusier’s rigidity was monumental in the development of the movement. The Brazilian architect perfectly sums up his relationship to modern architecture by subverting the movement’s motto ‘form follows function’, and making it his own: ‘if you worry about the function, the result will suck’ or even better ‘my work is not about ‘form follows function’, but ‘form follows beauty’ or, even better, ‘form follows feminine’. 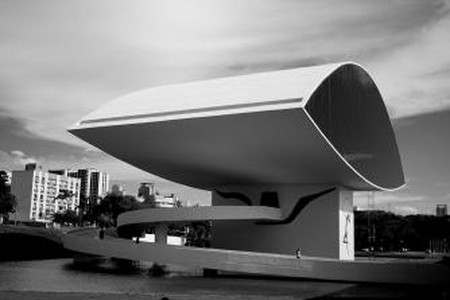 Niemeyer’s feeling of responsibility towards the architecture of Brazil is perfectly captured by the story of his first project Obra do Berco in Rio de Janeiro,1937. Having agreed to work on the building for free, Niemeyer designed its facade to include angled brise soleil. After finishing and handing over the design he then traveled to Europe. On his return, the architect discovered people involved in its construction had assumed this was a mistake, and ‘corrected’ the facade making the brise soleil redundant and causing light to stream in. Niemeyer, unable to withstand this design flaw, paid for a new facade to correct it.

Niemeyer’s presence within the urban fabric of Brazil is still felt today, not just in the form of his buildings but in the impact he had on Brazil. Graffiti artist Eduardo Kobra completed a huge art piece dedicated to Niemeyer which was painted on the side of a building in Sao Paulo, an example of the ways in which the architect continues to inadvertently shape the country. Niemeyer’s commitment to Brazilian architecture along with his passion for life, beauty and curves have cemented his architectural legacy.