Most Influential Swiss Architects Of The 20th Century 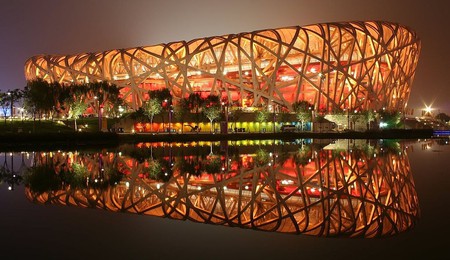 When it comes to architecture, the Swiss have been at the forefront of innovation and design for over a century. From Modernism to Postmodernism and up to the present day, these architects have been leading the way for the rest of the world to follow.

Born Charles-Édouard Jeanneret-Gris in 1887, Le Corbusier is renowned world-wide as one of the foremost architects of Modernist Architecture. Despite originating from Switzerland, he spent the majority of his working life in France. In addition to his fame as an architect, Le Corbusier forayed into theoretical writing, designing, urban planning and even painting. Yet it is his modernist, white box houses that have been his legacy, adhering to his own strict sensibilities of spatial proportion. Referred to as the five points of architecture in L’Esprit Nouveau and the book Vers une architecture, they are most succinctly summed up in his Villa Savoye (1929-31). The bulk of the structure has been lifted off the ground supported by reinforced concrete stilts referred to as pilotis. These enable for a free façade and open plan spaces within, which make up the second and third point. Fourth is the use of ribbon windows allowing for panoramic views and maximum light, and finally the fifth point was the use of roof gardens. These five architectural points are deemed to be some of the most influential in the rendering of subsequent modernist architecture, firmly placing Le Corbusier as perhaps the most memorable architect of his era.

One of the leading contemporary Swiss architects to date, Theo Hotz has been working prolifically since 1949, and covers a number of the main trends in international architecture. Working predominantly in Switzerland, he is known for his large industrial and institutional structures. Since 1988 he has graced the international stage having been awarded the R.S. Reynolds Memorial Award, and has since received acclaim for a number of his superb glass buildings. As a result he has become renowned for his work with steel and glass, for example Hall 1 at the Basel Fair (1999). In the same year, the ETH in Zurich conferred an honorary doctorate on him for his contribution to the shaping of Swiss architecture. Additionally, his work with architects such as the British Norman Foster and Richard Rogers, and Italian Renzo Piano, shows his strength as an international architect. Today he remains at the forefront of Swiss architecture and is involved in a number of projects that keep him on the radar, such as the rebuilding of the Vienna Central Station, Austria. 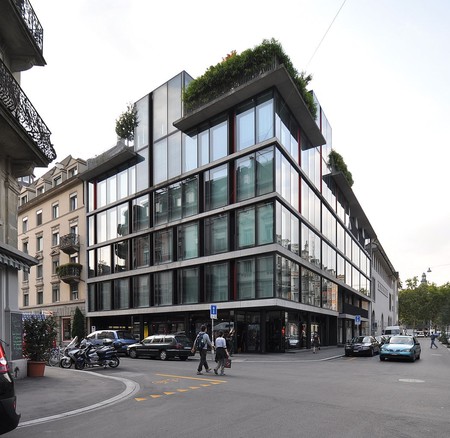 Designing his first buildings at the young age of 16, Mario Botta has become renowned throughout the architectural world for his stark, strong and towering style. His designs often tend to have a strong sense of geometry, using simple shapes to construct unique spaces. A feature that has remained in Botta’s architecture is the relationship between the building and the surrounding site, as well as his use of deep window recesses. Whilst his buildings often use brick as a primary material, Botta does not limit himself to this medium and endeavors to use a wide range of materials that are often highly unique. From the two-family house at Morbio Superiore in Ticino, designed at 16, to his more recent buildings, his architectural style has clearly matured and lends itself to large public buildings such as art galleries. His highly postmodern style can be clearly seen in buildings such as the San Francisco Museum of Modern Art and the Betchler Museum of Modern Art in Charlotte, North Carolina. 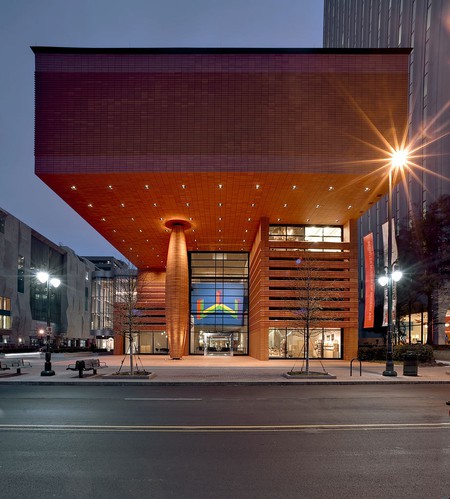 Establishing their office in 1978 in Basel, Switzerland, Jacques Herzog and Pierre de Meuron are amongst the most highly respected in their field. Both born in 1950, the careers of the two founders have closely paralleled one another; they both attended the Swiss Federal Institute of Technology in Zurich. Since its founding, Herzog & de Meuron have been involved in a wide range of projects ranging from small scale private homes, to urban design on a far grander scale. Well known for their public facilities such as their conversion of the Bankside Power Station in London to the new home of the Tate Modern, Herzog & de Meuron have won a number of prizes including The Pritzker Architecture Prize in 2001, and the RIBA Royal Gold Medal and Praemium Imperiale, both in 2007. Over the decades their architectural style has changed and adapted to suit current trends, yet what remains constant is their innovative use of exterior materials as well as their treatment of them, thus creating sleek, modern structures, such as Beijing’s National Stadium.

The son of a cabinet maker, Peter Zumthor was born in Basel, Switzerland where he later went on to become apprenticed to a carpenter in 1958, and study at the Kunstgewerbeschule from 1963. Following his initial education in Basel, Zumthor studied industrial design and architecture at the Pratt Institute in New York, 1966, after which he became a conservationist architect. Working on historic restoration projects gave him a further understanding of construction as well as the varying qualities of building materials, which came in use as he developed his own architectural practice from 1979. Perhaps one of his most famous projects was the ‘Therme Vals’ spa and baths, opened in 1996. Exploring the tactile and sensory qualities of natural materials and simple spaces, the baths embody Zumthor’s minimalist style that retains warmth and exudes calm. Inspired by the stone of the natural surroundings, the structure manages to blend with the landscape whilst simultaneously appearing modernist and bold. His work on this structure has also been linked to the writings of Heidegger, and in 2009 Zumthor was awarded the prestigious ‘Pritzker Architecture Prize’ for it. 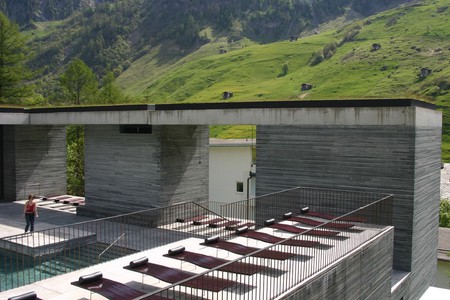 Therme Vals in Switzerland | © p2cl\flickr
Give us feedback