How Rio's Carnival Became The Biggest Party On Earth 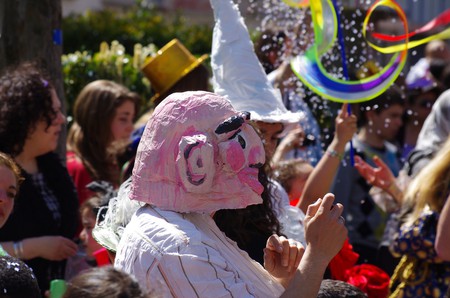 Each year, the world’s largest carnival comes together over a period of a week, reuniting two million people per day on the streets of Rio de Janeiro. Given that nowadays it is a period to let go, release all inhibitions, drink, be merry and party non-stop, ironically it stems from Catholic roots as a celebration before the 40 days of lent.

Brazil’s carnival is a unique combination of Portuguese and African culture. After the Portuguese colonized Brazil, they brought over what was originally a food festival as a last time to eat before fasting for the 40 days of lent. Gradually over time, the influence of African culture in Brazil brought in new rhythms, music and dancing, transforming the carnival into the party it is known for today. 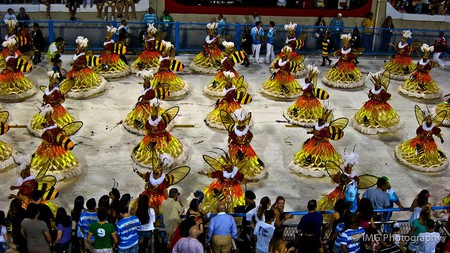 Whilst the whole of Brazil celebrates carnival during this period, Rio de Janeiro attracts the largest number of visitors with approximately 5 million people celebrating in total, and an average of 2 million people out on the streets partying per day. The first carnival ever recorded in Rio dates back to 1723 with street parties and music relentlessly drifting through the city for days.

The concept of carnival changed in the early 1920s, when the samba schools were established in Rio de Janeiro, recognizing the integral importance of samba to carnival. A samba school is a collaboration of local neighbors that want to participate in the parades of carnival, generally all with similar backgrounds. Together they plan and choreograph their performance for the big carnival parades. In total, there are over 200 samba schools in Rio de Janeiro that are divided into five leagues. 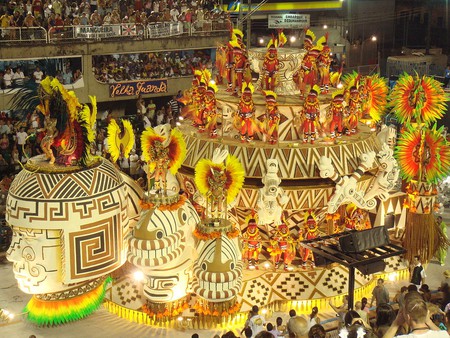 The main part of the carnival in Rio de Janeiro is the parades with the samba schools. A typical parade will include floats, party-goers and decorations from the samba schools in Rio. The parades are fun, colorful and immensely energetic, yet each school adheres to a strict parade code that was set down when the first samba school opened. The school begins with the Front Commission, a group of ten to 15 people who appear first to introduce the school and set the mood and style. This includes elaborate costumes and dancing. Next, the floats and dancers follow after. The performances are rated by a panel of judges who will at the end declare a winner – a great honor for the winning samba school. 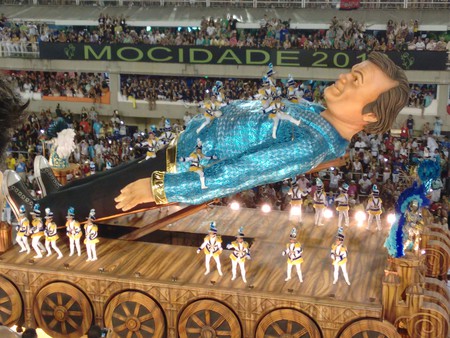 Carnival historically selects a Carnival Queen, recognized for their beauty and incredible samba dancing skills. The selection of Carnival Queen keeps the history alive with the responsibility of wooing a man who represents King Momo, the king of carnivals across Latin America and the symbol of the official beginning of carnival. 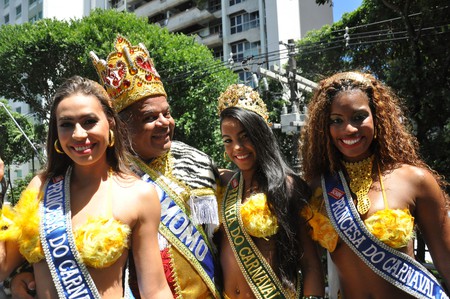 Running parallel to the parades with the samba schools are the street parties that have grown enormously over the past few decades for both locals and the tourists who come from all around the world to visit. The blocos (moving vans with music) crawl through the streets encouraging party-goers to dance, enjoy the music, drink and socialize.

Street parties during carnival | © julien ortet/Flickr
Give us feedback