Disguised in Dance: the Secret History of Capoeira 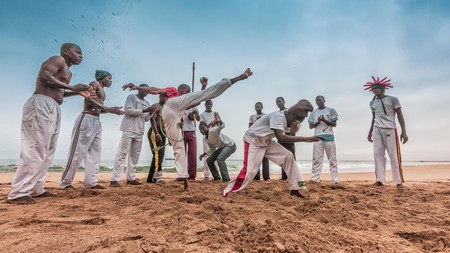 Capoeira, the martial art-infused dance thought to have originated in 16th-century Brazil, draws attention for having an acrobatic, athletic style. Discover the story of this 500-year-old art form and explore the best places to experience capoeira in Brazil.

Sometimes referred to as a martial art, sometimes a dance and sometimes even a game, capoeira is a unique phenomenon that has caught the attention of the world in recent years. It’s instantly recognizable thanks to a singular, eye-catching style, but the exact origins of the art have been lost due to a scarcity of historical evidence, stemming from the secretive nature of its beginnings.

It has been suggested capoeira was created during the 16th century by enslaved people who were taken from West Africa to Brazil by Portuguese colonists. Prohibited from celebrating their cultural customs and forbidden from practicing martial arts, it’s thought capoeira emerged as a way to bypass these two imposing laws. 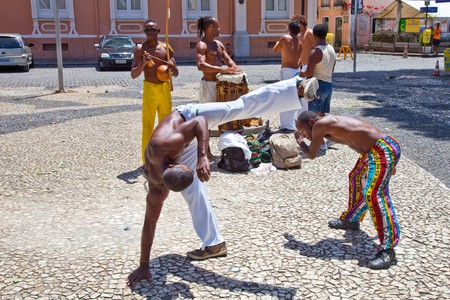 Hidden in the musical and rhythmic elements of the form, violent kicks were disguised as passionate dance movements and its combination of West African cultures saved it from being identified as an attempt to preserve any specific tradition. As such, capoeira came to life as a survival tool, not only of self-defence, but also of cultural identity.

Using capoeira, many enslaved people escaped their oppressors and formed rebellion groups known as quilombos, creating communities outside Portuguese control. These communities stood as strongholds against the Portuguese and many are famous for the courageous defences they put up. Palmares, thought to have been home to more than 10,000 people, is the most famous of these. Although there are few historical documents, it is believed capoeira was a vital part of their defence and cultural practice.

Within the societies that remained under Portuguese rule, capoeira was difficult to control. With the growing cities that were forming during the late 17th and early 18th centuries, larger populations resulted in larger communities of enslaved people, and in smaller areas. This produced an expanding social culture for enslaved people, and capoeira dominated as a popular form of entertainment. While there were examples of it being used for self-defence, capoeira was mostly performed in competition or for leisure, creating a difficult dichotomy for the ruling class. Despite this, capoeira dancers were often punished for practicing it, though the art form lived on regardless. 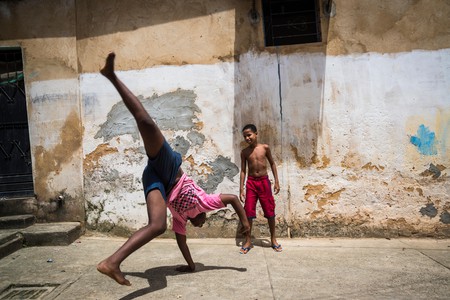 The end of slavery in Brazil brought about a darker era for capoeira, with its martial elements being used for criminal purposes. With the abolishment of slavery in 1888, many newly freed citizens found themselves without homes or income, creating widespread poverty. As the Brazilian population expanded in the 19th century, crime exploded within the urban centers, and capoeira was one of the many weapons used by criminal elements.

Using fake names to avoid identification and concealing weapons such as barber blades, some gangs were trained in the art of capoeira and caused problems throughout Brazil. Consequentially, capoeira was outlawed nationally in 1890 and those caught practicing suffered severe consequences, such as death or having their achilles tendon severed. During this era, stories that both romanticized and vilified capoeira masters became widespread. One such figure was Nascimento Grande, whom legends portray as virtually invincible at capoeira. 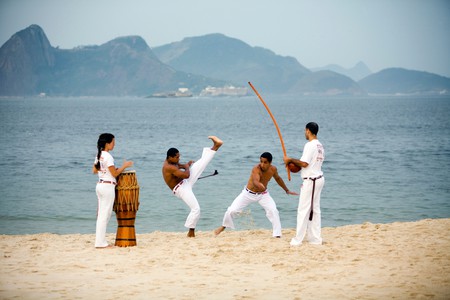 Fortunately, capoeira survived this dark era, and in the early 20th century one man led the rekindling of its popularity. Mestre Bimba from Salvador – one of the last cities in Brazil where capoeira was still practiced – highlighted the cultural significance of capoeira while also drawing attention to its popularity with tourists. As a result of his argument, Bimba successfully convinced Brazilian authorities of the cultural value of the art form, and was able to open the first capoeira school in 1932 – although not under the name of capoeira, as this was still illegal.

Bimba’s strict approach to the martial art created new movements and choreographed attacks, which became known as Regional. In the 1940s, the official ban was lifted from capoeira and this allowed two main streams to develop in unison: Bimba’s Regional form and Angola, the latter of which looked to the traditions of the art before it was banned. 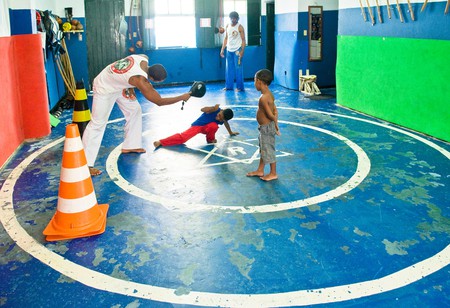 Capoeira is now popular around the world | © Hemis / Alamy

Today, capoeira is a cultural symbol of Brazil and is widely practised around the world. Performed in varying contexts, from entertaining choreographed dances to competitions where one competitor attempts to make the other fall out of time with the music, capoeira is also popular because it teaches basic martial arts and acrobatics. For tourists in Brazil, seeing a capoeira performance or visiting a capoeira school is a must.

While there are many acclaimed capoeira schools scattered across the country, Capoeira Training Camp stands out thanks to an international focus. Centered on welcoming people from around the world, this institution is set in the birthplace of modern Capoeira, Salvador. Training here focusses on Brazilian culture as a whole, and they offer classes with masters of both styles, as well as lessons in the music of capoeira and the Portuguese language.

Due to the secrecy around the origins of capoeira, the real truth about its roots may be lost to history. However, through the passion and commitment of those who have practiced the art, capoeira has been immortalized in stories, music and movement. While the past of capoeira may be shrouded in mystery, the future of this cultural icon is as bright as ever. 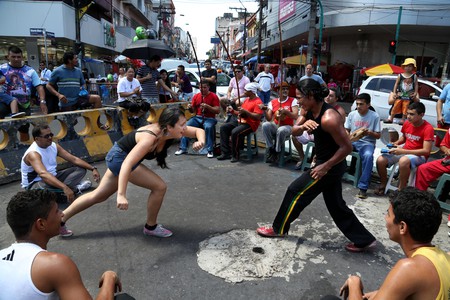