A Postos Guide To The Beaches Of Rio De Janeiro 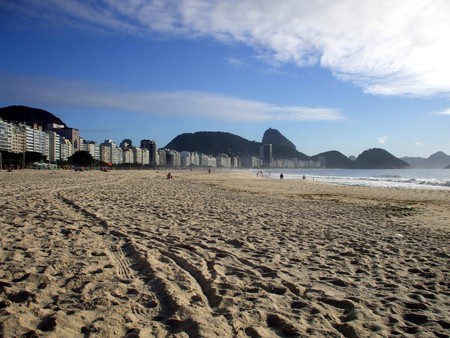 An eight kilometer stretch of coastline that is divided into some of the world’s most famous beaches is one of the keys to Rio de Janeiro’s appeal. The beaches are further separated by postos, which are numbered lifeguard stations and have become markers to indicate which crowds go where and what activities are available. Know Rio’s coast like a local and check out our guide to the postos.

Rio’s most famous beaches, moving from East to West, are Leme, Copacabana, Ipanema and Leblon, respectively, that form a continuous line with a peninsula break in between Copacabana and Ipanema. Dotted along the shorefront are 12 postos that are used as markers to give directions and meet up with people, and to help define the activities or crowds that hang around there. They also have useful amenities there such as showers, toilets and changing rooms that are accessible for a small fee. All of the beaches are open to the public and are immensely welcoming. 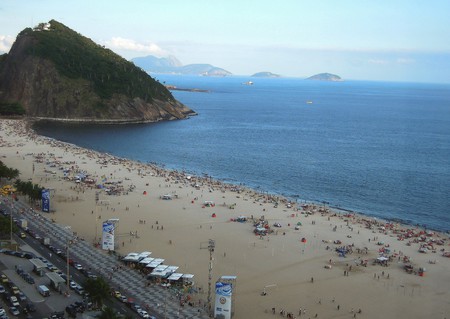 Leme and Copacabana are contained within posto 1 and posto 6 and are the perfect spot to catch an early morning sunrise. Posto 1 is the beginning of Leme and is a quieter part of the beach that attracts families and older residents. Tucked away at the far end of Leme is Forte Duque de Caxias, which is a restored fort on the peak of Leme Hill that offers historical exhibits and gorgeous views over Leme and Copacabana. Head back down the hill and go to kiosk Espetto Carioca for a chilled beer and grilled meat sticks with a view.

Walk along the famous black and white waved-motif promenade towards posto 2 and posto 4 and watch a fast-paced game of frescoball. The game is played with two players that hit a small ball to one another on wooden rackets. The two players work as a partnership to keep the ball in the air, rather than compete against each other. Parts of the beach here are officially sectioned off for frescoball, volleyball and football where local players make the games look easy. Posto 4 also has an area of palm trees where slackliners will rig up cords in between the trees and balance their way across or show off their impressive acrobatic moves in a series of jumps, bounces and twists.

Posto 5 and posto 6 line up along the Copacabana beach. This area is popular for stand up surf paddle as the sea is calmer than the rest of the shore, especially next to Copacabana Fort at posto 6 which acts as a natural windbreaker. Have a dabble at stand-up surf paddling and keep a look out for a rare sighting of a turtle. After, stroll past the fish market where the local fishermen prepare their catches of the day and head to Copacabana Fort for a wholesome, fresh and varied breakfast with a creamy coffee at its café and restaurant, Confeitaria Colombo.

Along the length between posto 1 and 6 are several kiosks dotted along the promenade that serve selections of Brazilian dishes, seafood and drinks. They are popular as hangout spots post-beach and offer refreshments during the day, especially caipirinhas. Quiosque Praia Skol 360º is one of the most crowded and lively kiosks with live music, a friendly crowd and low-key parties that drift into the early hours.

Posto 7 is known as Arpoador and is the beginning of Ipanema. In the 1960s, Copacabana was the tourist hotspot associated with luxury and glamour, but the shine is beginning to fade as Ipanema becomes the trendy new go-to place for locals and tourists alike. With its hippy, laid-back feel and beautiful people, it’s not hard to see the appeal. The Arpoador rock that juts out into the ocean at posto 7 provides the perfect spot to watch the sunset over the Two Brothers peaks and witness the sky and sea turn various shades of orange, reds and pinks. During the day, especially at dawn, posto 7 attracts local surfers keen to catch one of the perfectly formed waves coming in. The impeccable surf conditions are ideal for beginners and surf schools offer lessons there first thing on a Saturday morning. Later in the day, the sea generally gets calmer and the clear and warm waters attract bathers and swimmers. 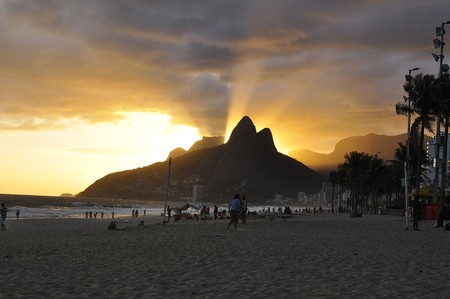 Further down Ipanema beach is posto 8 and posto 9. The large rainbow flags indicate that it’s the LGBT section of the beach, which is right in front of the gay hangout street Rua Farme Amoeda known for its gay bars and a clear meetup point. The crowd is a mix of same-sex couples and young singles looking for romance or simply enjoying the beach. There are also outdoor workout benches and it’s normal to see muscle-clad beach-goers that take a break from their workout for five minutes to cool off in the sea. The high standard of beauty and fit gym-bodies is notable here, yet there is no judgment and all body types are welcome.

Posto 10 is the beginning of Leblon, one of the richest and most glamorous neighborhoods in Rio de Janeiro. Here, the young elite groups hang out in designer clothes or casually ride up and down the pathway on skateboards or bikes, cleverly combining sunbathing with exercise. The final two postos are posto 11 and posto 12. Although anyone is welcome there, this section of the beach has a more exclusive feel due to the wealthy and famous beach-goers that hang out there, which results in less crowds there than other beaches. For those with a couple of days to spare, try visiting all the sections of the beach for a unique experience at every point.