8 Cool Facts about the Brazilian Flag 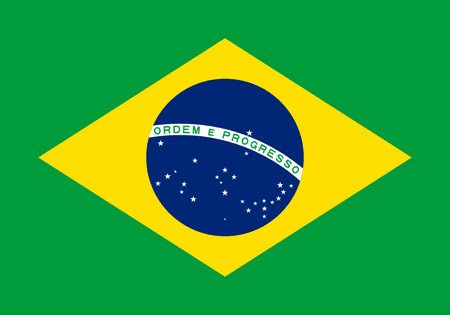 All flags have an origin and a story to tell, and the Brazilian flag is no different. Culture Trip delves into the history of the flag that represents Brazil, and presents you with some intriguing facts that you may not have known regarding how it came to be and what it all means.

The Brazilian flag is bright green with a yellow diamond in the center filled with a blue globe. Within the blue globe are some stars – 27 to be exact – and a white banner with the country’s slogan: Ordem e Progresso, which means Order and Progress.

It used to look different

The flag that represents Brazil today used to be different during the Brazilian Empire. The center of the flag had an imperial symbol with a blue circle and stars neatly inside. This was later replaced with the blue globe with stars closer resembling a constellation.

The colors are symbolic

During the Brazilian Empire, Brazil had a different flag and the colors had different meanings. The blue and white of the past flag represented the Virgin Mary, highlighting the country’s deep roots in the Catholic religion. 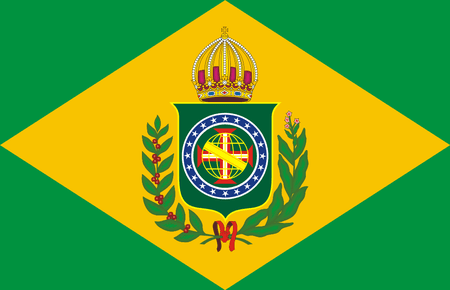 The Brazilian flag during the Brazilian Empire | ©Tonyjeff, based on work of Jean-Baptiste Debret/WikiCommons

The flag we know today was made official on November 19, 1889. This was four days after Brazil became a republic.

Sometimes the flag is referred to as Auriverde. This is a word to describe golden-green, referencing the flag’s colors.

The stars have meanings

The stars are a symbolic part of the flag. They represent the constellations in the southern hemisphere and show how they were seen from Rio de Janeiro during the early hours of the morning on November 15, 1889, the day the country shifted from an empire to a republic. 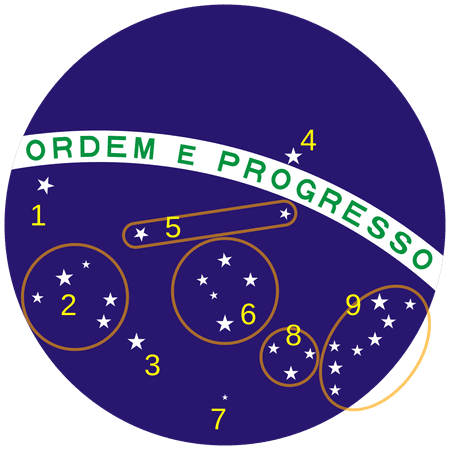 The stars in the Brazilian flag | public domain/WikiCommons

The number of stars has changed

The flag was modified to have 21 stars, copying the United States of America in having a star that represents each of its states. Over the years, large states were divided to create smaller states and, as a result, the flag has undergone some changes to keep up to date. The most recent modification was on May 11, 1992, when an extra four stars were added. Nowadays, the Brazilian flag has a total of 27 stars.

The meaning behind the slogan

The slogan – Ordem e Progresso (Order and Progress) – was the underlying theme in Latin America for having a successful democracy. Brazilian politicians considered that democracy was the best way to govern a country, yet in order for it to work it needs an educated population (order) and forward movement in the economy and material trade (progress).