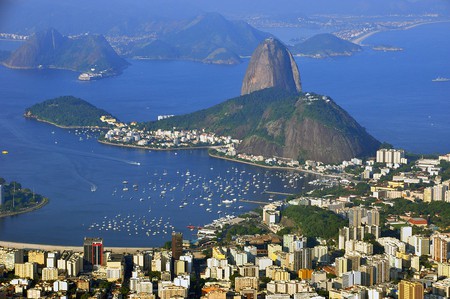 The oft-heard phrase “city of contrasts” rings true when it’s said of Rio de Janeiro. A city that is as defined by its natural wonders and striking beaches as it is by its complex urban life, it is a place that offers a bounty of experiences for the intrepid traveller. If breathtaking beauty is not enough, here are 11 more reasons why you should visit Rio de Janeiro at least once in your lifetime.

No music defines Rio better than samba. Whether you’re on the beach or wandering through the bustling city centre, the rhythmic beats of samba will only ever be a stone’s throw away. Go to a samba school to watch the enchanting dancers who make tricky samba footwork seem effortless, or head to Pedra do Sal in the city centre on a Monday to sip on caipirinhas while taking in the live and spontaneous samba jamming sessions. 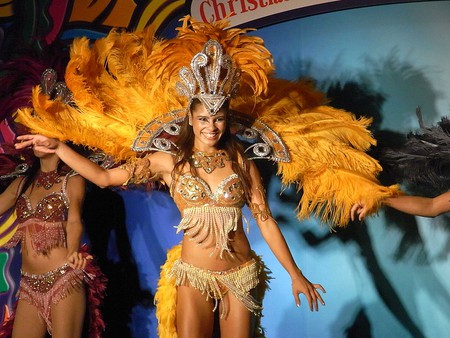 Littered with rocky peaks and imposing mountains, Rio de Janeiro and its surrounding land have a wonderful array of hikes. Forest trails deliver enchanting tropical scenery with broad palms and towering trees, with the occasional marmoset jumping through the canopies overhead. All the hikes offer spellbinding views over the city, showing the extent of the urban–nature blend that defines Rio.

Having a slice of tropical beach on your doorstep is one of the key appeals of Rio. The most famous beaches are Copacabana and Ipanema, and each one has its own defining characteristics and features. Copacabana is a whirl of activity, with large family units enjoying the sun, beach vendors selling food and souvenirs, and couples playing sports. Ipanema is popular with a younger, body-conscious crowd who go to socialize and tan. Head to Prainha or Joatinga for a more off-the-beaten-path beach experience. 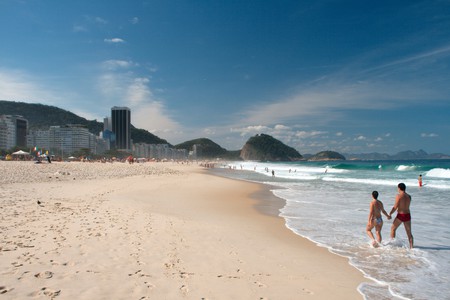 As one of the New Seven Wonders of the World, Christ the Redeemer is already on a lot of people’s bucket lists. The very existence of the huge statue is an impressive feat in itself – it stands at 125 feet (38 metres) high on top of a 2,300-foot (700-metre) mountain covered in dense forest. As well as the imposing statue, you get to take in the bewitching views over Rio de Janeiro, stretching across to the oceanic horizon. There are three ways to get to the top: by train through the forest, hiking, or taking a van.

For wide, open viewpoints that offer views of lakes, tropical forests, golden coastlines, and a sprawling city, there are few places in the world better to go to than Rio de Janeiro. The rocky peaks afford great viewpoints from Christ the Redeemer and the Sugarloaf mountain. To see the city from all angles, head to Pedra da Gavea, Vista Chinesa, and Mirante Dona Marta for different, yet equally spectacular, views.

For foodie globetrotters, Rio de Janeiro offers a wealth of different food that is a source of local pride, yet barely registers on the global cuisine scene. Social activities and daily routines are often centred around food, such as stopping at a padaria (bakery) for a strong black coffee and toasted bread in the morning, and returning later to grab a refreshing acai after spending some time at the beach. Brazilian bar snacks go hand in hand with a chilled beer; dried meat, deep-fried cassava, and generously filled prawn pastries are typical nibbles. Feijoada (a bean stew with chunks of meat) and the famous Brazilian barbecues are highlights of Brazilian cuisine.

Thanks to the steep hillsides carpeted with exotic forest, Rio de Janeiro has plenty of waterfalls nestled between its trees and nature trails. Head to Tijuca Forest to find the waterfalls Cachoeira das Almas and Cachoeira do Horto, which both have pools in front that you can bathe in. Ilha Grande, an island off the coast of Rio, has several larger waterfalls that are ideal for swimming. For the most exciting waterfalls, go to Paraty, which has falls that you can toboggan down. 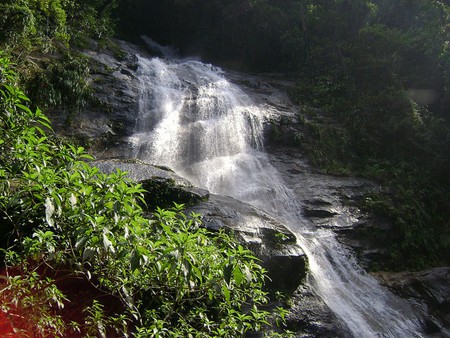 It’s a generalisation, yet it contains plenty of truth: Brazilians are mostly exceptionally welcoming people, and genuinely love to meet people from new cultures. Rio de Janeiro, despite the scaremongering in the media, is a great place for solo travellers. Head to a bar alone and before long, you will have new Brazilian friends who will treat you like long-lost pals. The social side of Rio is endearing, and the locals’ approach to forming lasting friendships is touching.

Getting to Know Favelas

Rio de Janeiro is one of the only places in Brazil where you can visit a favela safely. The two most popular favelas for tourists are Rocinha and Vidigal, the latter blossoming into an artistic hub and a thriving nightlife spot, attracting locals and foreigners alike. Visiting a favela can help to answer the many questions that tourists have about these social communities and can remove or correct ill-formed preconceptions. Many visitors may be surprised to know that favelas are active communities with schools, doctors, and banks, and are not the faces of misery and poverty some may expect. 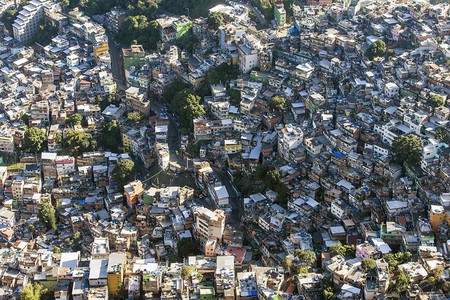 Rio de Janeiro has inspired several films and music videos. City of God was set and filmed in Rio de Janeiro and illustrates the social complexities in favelas between the ’60s and ’90s. Plenty of famous musicians have filmed music videos in Rio, enchanted by its exotic, carefree lifestyle. Will.i.am shot several clips in Rio for I Got it From My Mama; They Don’t Care About Us by Michael Jackson was filmed in Rio and there is a statue of Michael Jackson built in his honour as a result; Ricky Martin filmed Vida in Rio; and Snoop Dogg feat. Pharrell made the video for Beautiful here. Rio has also been in the spotlight for the last few years for being the host of the 2014 FIFA World Cup and the 2016 Summer Olympics, further adding to its rich cultural track record.

Rio de Janeiro has several spots where you can enjoy an unforgettable night out. Head to Ipanema and Leblon for chic and sophisticated bars that pull in a young, beautiful crowd. Barra da Tijuca has a few large, music-thumping nightclubs that get going around 1 a.m. and continue until the the late morning. Lapa is the most famous area for nightlife, with the main street flanked either side by samba-fuelled bars and clubs, and the space in between accommodating all-night street parties. The most famous party of them all, though, is Carnival, which takes place in February. Get your costume on and hit the streets for five days of non-stop dancing, socialising, and drinking.