10 Traditional Brazilian Music Genres You Need to Know About 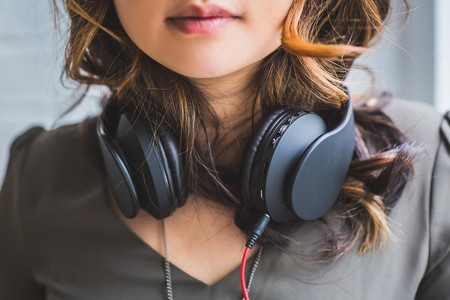 Music is one of the cornerstones of Brazil; genres like samba are synonymous with Brazilian culture. The remarkable aspect of Brazilian music is that so many genres are unique to the nation – bossa nova, samba, and sertanejo to name just a few. As well as their own unique beats, some Brazilian musicians have borrowed other genres – rap and pop for instance – and molded them into something distinctly Brazilian.

Originating from Africa, samba nowadays is the symbolic genre of Brazil, yet it wasn’t always this way. A hundred years ago, samba was criminalised in Brazil as the music of former slaves and African religions, yet these associations weakened in time as cities such as São Paulo, Recife, Salvador, and Rio de Janeiro continued to develop new samba songs. Some of the most famous artists include Cartola, Zeca Pagodinho, and Martinho da Vila.

Anyone that has enjoyed Carnival in Salvador will be familiar with axé music, as it is one of the most defining genres in Bahia and has roots in African, Caribbean, and Brazilian music, drawing inspiration from reggae, calypso, and marcha, among others. It has strong associations with the Candomblé religion, due to its African origin. Famous axé artists include Ivete Sangalo, Chiclete com Banana, and Claudia Leite.

This instrumental genre of music is upbeat and happy, despite the name choro translating to ‘cry’ and was developed in Rio de Janeiro in the 19th century. Like many of Brazil’s most traditional music, choro has been influenced by several African rhythms among others to create a unique sound. Famous choro artists include Joaquim Callado and Pixinguinha.

Originating from Rio de Janeiro, Carioca funk grew from the baile funk parties in the city’s favelas with lyrics evoking strong imagery of sex, drugs, and machismo, especially styles such as proibidão (very prohibited) where songs are associated to criminal gangs. However, most Carioca funk is more mainstream and this is the type that is played in the streets and on the radio. There are several famous modern Carioca funk artists, such as MC Cidinho & MC Doca, MC Kevinho, and MC G15.

Originating from the Brazilian countryside, sertanejo is most predominant in São Paulo, Mata Grosso, and Minas Gerais, yet it is played across the country. An interesting aspect of sertanejo is that although there are some solo singers – Paula Fernandes and Michel Teto, for example – many artists perform in duos, especially as brother and sister pairs or a duo of two men. Some of the most famous sertanejo musicians are Luan Santana, and Zese Di Camargo and Luciano.

The most important and influential music of the 1950s and 1960s, bossa nova combined acoustic bass with classic guitar, drums, and piano to produce a new pop genre with traces of samba and American jazz. The term bossa nova translates to ‘new trend’ and that’s exactly what it was at the time and even today, it is one of the most well-known Brazilian music genres. Famous artists include Vinicius de Morães, Tom Jobim, and João Gilberto.

Originating from the end of the 60s after bossa nova, Tropicália was the next musical movement and came at a time when Brazil was undergoing political upheaval with a strict military dictatorship that felt threatened by the, what they considered to be, rebellious lyrics. Two of the most influential forces in Tropicália – Caetano Veloso and Gilberto Gil – were exiled as a result although returned to Brazil a year or so later to continue playing music. Other notable artists were Tom Zé and Carmen Miranda.

MPB – Brazilian Pop Music – is a combination of instrumental music with singing. Some of the most famous artists in this genre include Tim Maia, Chico Buarque, and Jorge Ben.

Forró is the music from the Northeast of Brazil and is associated with the Festa Junina parties that take place across Brazil in June. Before forró had become popular outside of the Northeast, the lyrics were mostly about the hardships people faced there such as migration and drought yet its nationwide popularity came about when the songs took a turn and talked about women and love. Famous artists include Luiz Gonzaga, Wesley Safadão, and Solange Almeida.

Appearing in the 1980s, the Brazilian rap and hip-hop movement came from the favelas of Rio de Janeiro and São Paulo with lyrics that represented the social inequality, crime, gangster and police brutality, and daily struggles of those that lived within poorer districts. Some of the most famous artists include Racionais MC, Criolo, and Emicida.