The Top 10 Things to See and Do in Sucre

Sucre | © Mickaël T./Flickr
Welcome to the official capital of Bolivia; the nation’s colonial centerpiece and historical heart. Sucre showcases a glorious ensemble of whitewashed colonial-era buildings, spectacular rooftop terraces and quaint garden patios. A must-see in Bolivia, its pleasantly warm climate and relaxed small town atmosphere entice many a visitor to stay longer than intended. Read on to discover the top 10 things to see and do in this undeniably charming city.

The former monastery of Convento de San Felipe Nari is the city’s most attractive colonial building and represents everything that visitors love about Sucre. Pass through its sunny courtyard and climb up to the rooftop terrace to see for yourself why this is known as the ‘White City’. 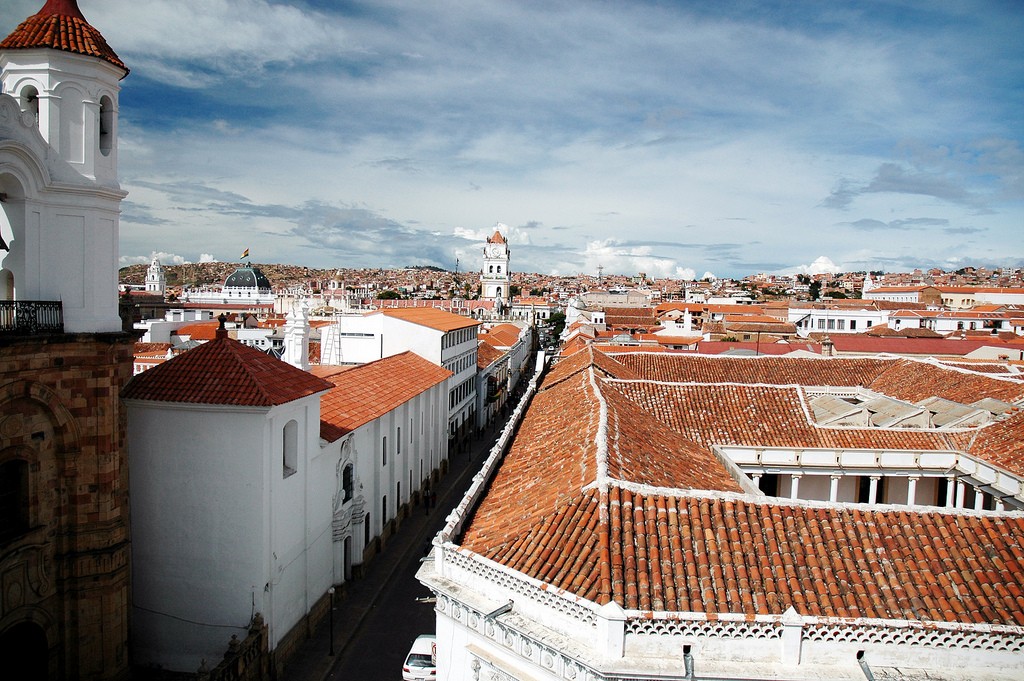 This fun dinosaur park was built to showcase a selection of well preserved, prehistoric footprints. It also has an extensive selection of life-size fiberglass dinosaur models and a small but informative museum. The ‘Dino-Bus’ takes tourists to the park from Plaza 25 de Mayo at 12PM and 1PM. 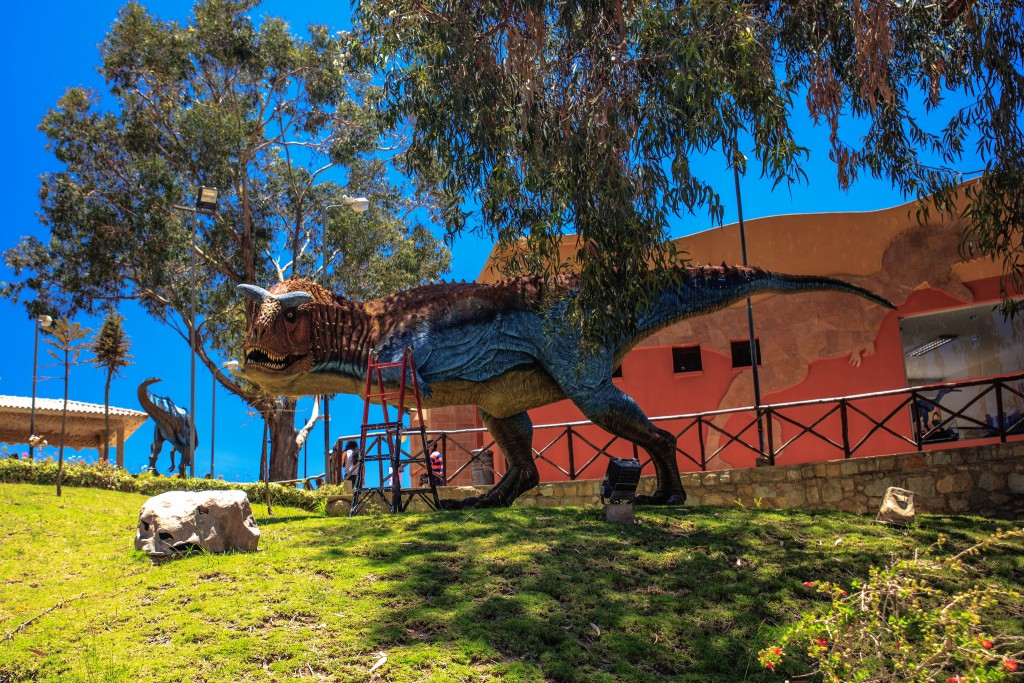 Sucre is the most popular place to learn Spanish in South America for its inexpensive classes and laid back atmosphere. The city boasts a huge number of Spanish schools to choose from and plenty of friendly locals with whom to practice. Group classes start from as little as BOB35 (USD$5) per hour.

Sucre’s main plaza is arguably the most beautiful in Bolivia. Shaded by huge leafy trees and surrounded by elegant colonial buildings, this relaxing plaza features a delightful assortment of fountains and monuments. A smattering of trendy restaurants and cafés line its perimeter. 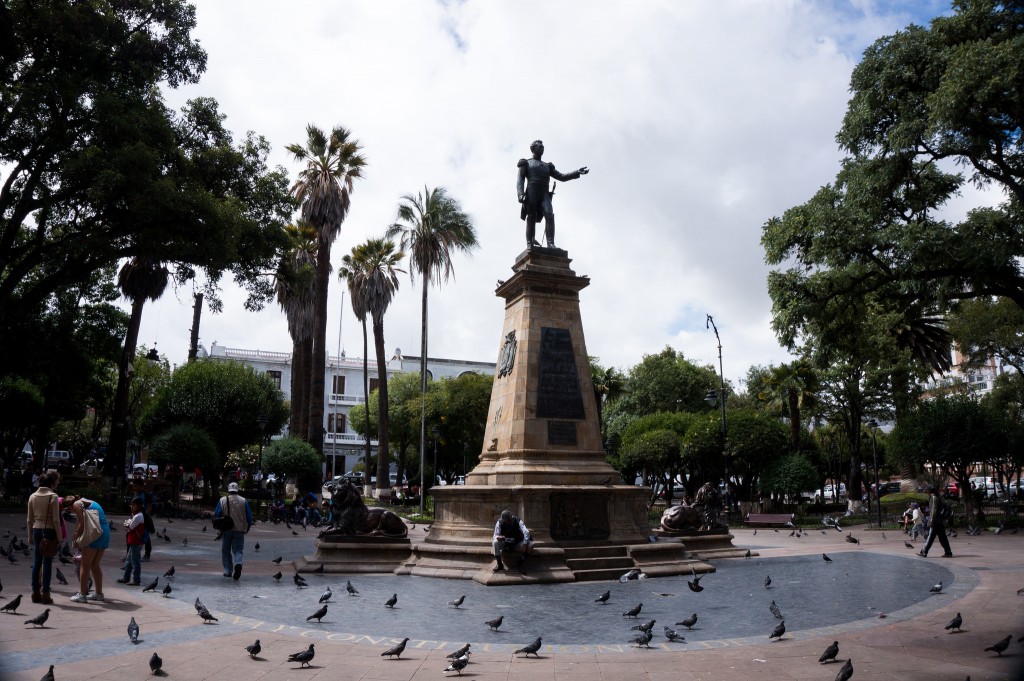 Located right on the main plaza, this museum pays homage to the most important moment in Bolivia’s colonial history. It was here in 1825 that Bolivia declared its independence, and the original document is proudly on display. Numerous other exhibits related to the struggle for independence can be found throughout the museum.

Believe it or not, a prince and a princess once lived in a fairytale pink castle just a short drive from the city center. The castle, which would be more at home in Europe than Bolivia, was constructed by a wealthy mining couple who were later given their titles by the Pope as a reward for extensive charity work. 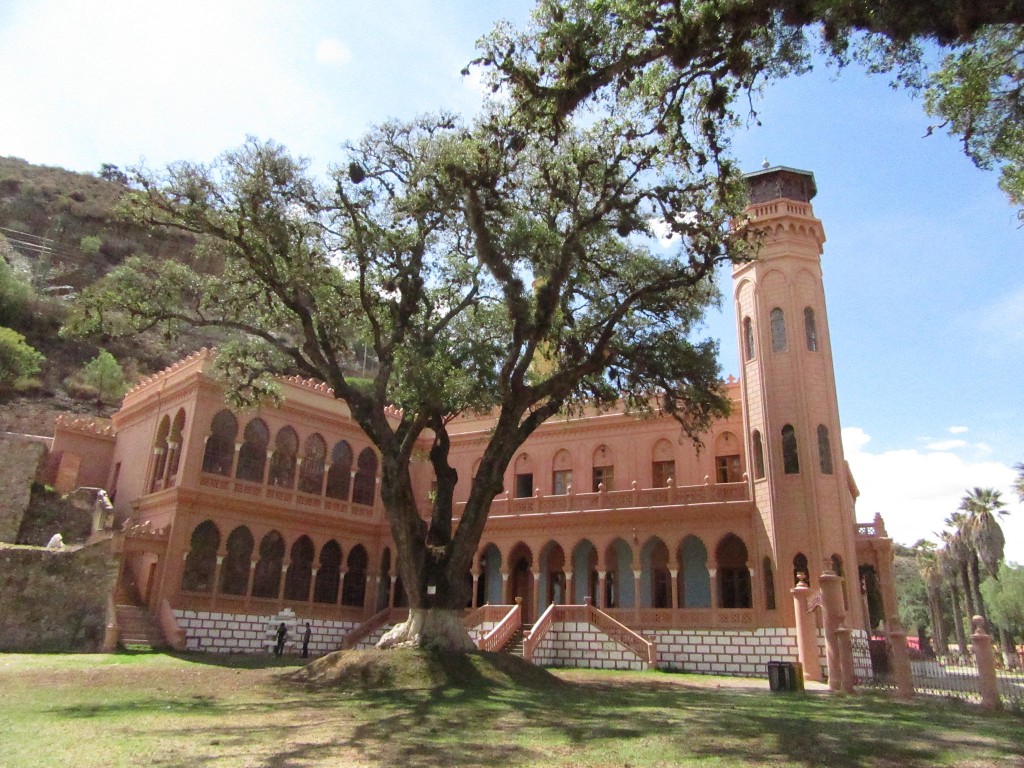 Sucre’s largest park is also its most pleasant. This big open space surrounded by imposing colonial buildings is a favorite meeting place for enamored locals. Its centerpiece is a climbable replica of the Eiffel Tower, and during the evening a sizable fountain puts on an aquatic show choreographed to lights and music.

In South America, it’s customary to stack graves on top of each other rather than bury the deceased underground. This tradition can be observed in Sucre’s General Cemetery, which features a maze of horizontal graves scattered throughout a pristine garden. 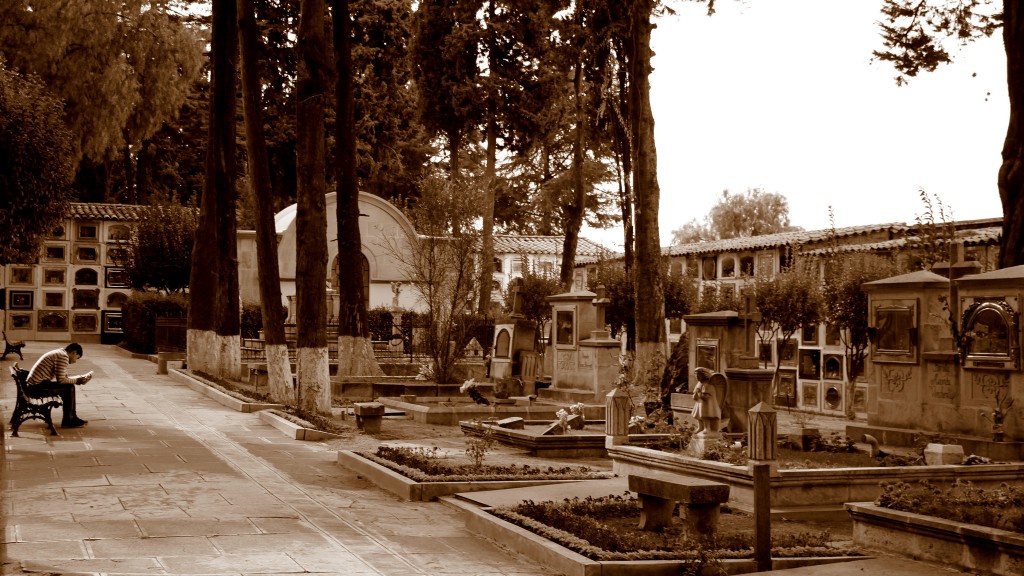 Recoleta is an attractive little plaza on a hill overlooking the city. An easy walk from downtown, the plaza is a popular afternoon hangout spot for local youths. Featuring a museum and church with various events throughout the year, its highlight is actually the Mirador Café, which serves tasty food and coffee with wonderful views. 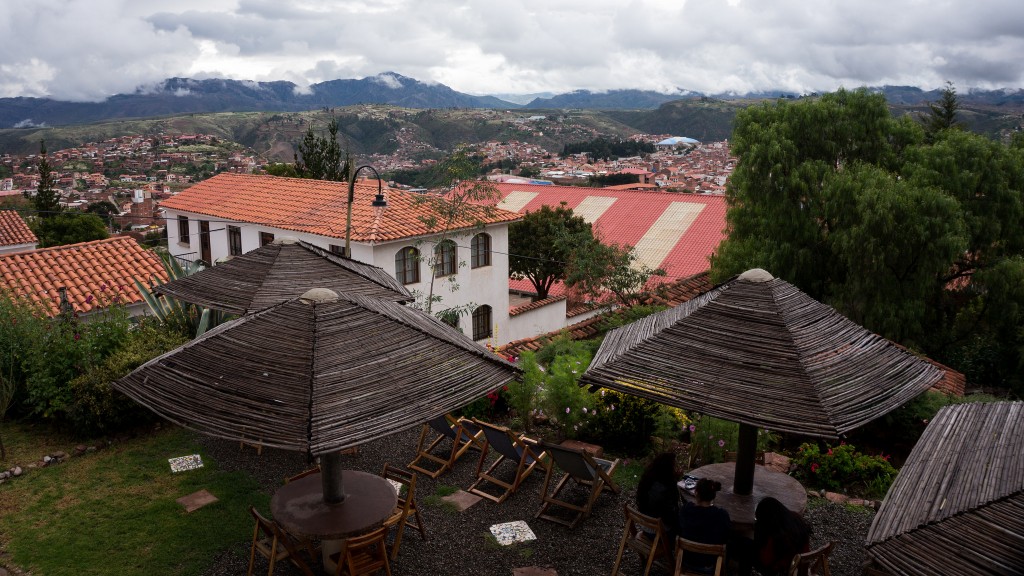 Views from the café | © jipe7/Flickr

Market
Tarabuco Market | © vincentraal/Flickr
The small town of Tarabuco, some two hour’s drive from Sucre, hosts a lively market every Sunday morning that is as popular for ethno-tourism as it is for shopping. Indigenous people from all over the region flock to the market in their traditional garb to sell handmade wares and shop for everyday appliances. An impressive array of artisan textiles, clothing and trinkets compete for the tourist dollar.
More Info
Open In Google Maps
Tarabuco, Bolivia