The World’s Greatest Travel Experiences for 2022 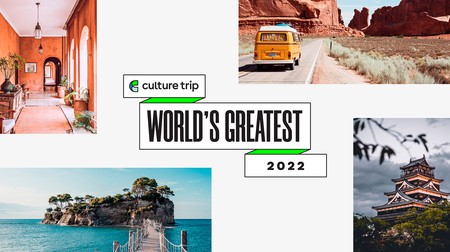 Culture Trip’s global community of Travel Experts have curated the ultimate list of experiences around the world – tapping into the invaluable knowledgeable of our team of Local Insiders, and showcasing why we just can’t wait to travel again. From an adventure at the end of the world to a spectacular hiking trail brought back to its former glory, here are 14 experiences we think you might like to take this year.

Reach the end of the world in Argentina

Care to see what the end of the world looks like? All you need to do is travel to Ushuaia, Argentina, the world’s southernmost city. This quaint town gets its moniker thanks to its location at the tip of mainland South America. Situated in the Tierra del Fuego National Park, Ushuaia is every nature lover’s dream: where you can go for a dip in the Esmeralda Lagoon, marvel at glaciers and hike through forests. And let’s not forget the penguins. A train will deposit you at the End of the World Station, 8km (5mi) outside Ushuaia — and en route you’ll pass the Toro Gorge, the glacial Lake Roca and Lapataia Bay. 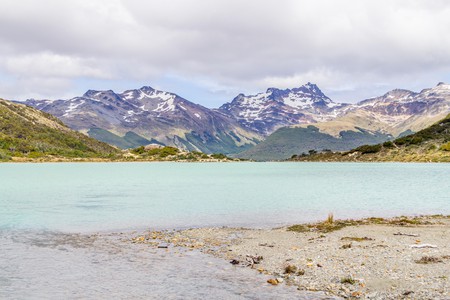 Hike on a historic trail in Bhutan, reopening after more than 60 years

Hidden deep in the eastern Himalayas, the legendary 400km (250mi) Trans Bhutan Trail is set to reopen in spring, with sustainability at its heart. For hundreds of years, this route was the only way traders, pilgrims and messengers could get across the country from west to east. Now, following years of extensive restoration, it will welcome walkers – and even mountain bikers – for the first time in six decades. Pilgrims will be able to walk in the footsteps of their ancestors, and travellers can explore the remotest parts of Bhutan — the world’s only carbon-negative country — to enjoy peace, serenity and nature at its best. 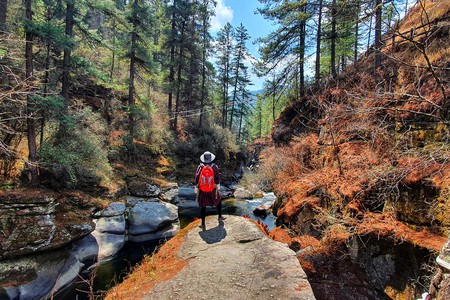 Snorkel in a partially submerged volcanic crater in Maui

Looking for a snorkeller’s paradise? Molokini, off the coast of Maui, is it. This small, uninhabited islet is essentially a submerged volcanic crater created by an eruption more than 230,000 years ago. Its crescent shape blocks currents and waves, creating pristine waters with a staggering variety of marine life; it’s now a designated Marine Life Conservation District, allowing for hundreds of colourful fish, sea urchins and even a reef shark or two to call these reefs home. 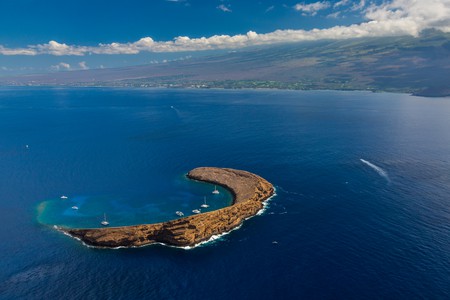 Kayak past majestic glaciers in Antarctica

The Great White Continent, with its hushed landscapes and extraordinary wildlife, is one of the most remote places on the planet, which makes coming here truly a once-in-a-lifetime experience. Explore this extraordinary world up close by gliding quietly in a kayak past the majestic glaciers and imposing icebergs of Antarctica, observing penguins, seals and whales along the way. 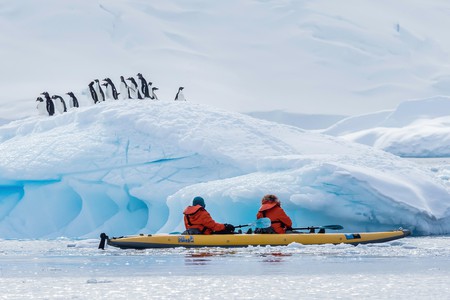 Drift past penguins and icebergs in Antarctica on your kayak | © Michael S. Nolan / Alamy Stock Photo

The Monteverde Cloud Forest Reserve in Costa Rica was once under threat as farmland expansion encroached upon the rainforest. Today, it is fully protected and home to rich biodiversity, including the most orchid species to be found in a single place on earth. Hike amid deep gorges, waterfalls and natural pools, through hazy mists and low-hanging clouds, taking in the idyllic scenery. You are sure to spot several of the 30 species of hummingbirds here, as well as all six species of the cat family (jaguars, ocelots, pumas, oncillas, margays, and jaguarundis) and quite a few reptiles. 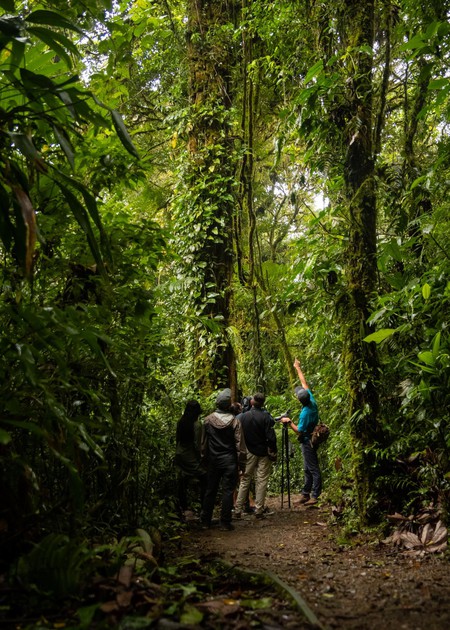 After a two-year hiatus, the world’s largest vegan festival is back, inviting you to take a green bite. For two days (from 26 to 27 March 2022), the Vegan Street Fair will see a celebration of plant-based food in Los Angeles, bringing joy to die-hard vegans, veggies, conscious eaters and pure foodies. Take a pick from over 150 local vegan and vegan-friendly restaurants which come together to serve bite-size portions of drool-worthy vegan eats. 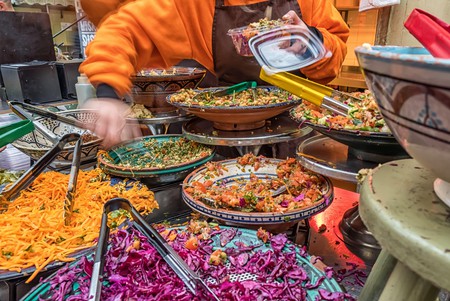 Hike through the wilderness to a new geothermal pool in Iceland

Follow a short path down surreal landscapes to enjoy a soak in Iceland‘s remote Húsafell Canyon Baths, fed from the Giljaböð Hot Springs. This relatively unknown spot opened recently, with the entire structure being as sustainable and true to the area’s heritage as possible. Relax in the soothing waters while taking in the spectacular views of the surrounding canyon and glaciers. Come at night and you may spot the Northern Lights. This experience is a neat twist on the classic wilderness escape Iceland is famous for. 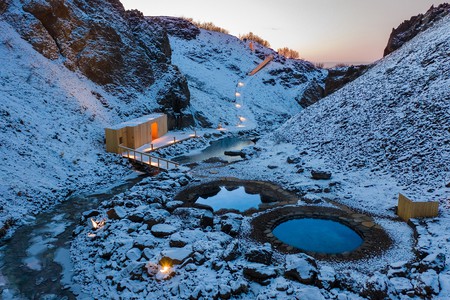 The Institute of Contemporary African Art and Film, set to open in Ilorin, western Nigeria, in spring 2022, is a celebration of Nigerian creativity. Over the past decade, contemporary art has flourished in the country, alongside galleries and art spaces, while Nigerian films from Nollywood, as it’s dubbed, are attracting an ever-wider audience. The new museum – an architectural landmark – will feature galleries for exhibitions, post-production studios, film-screening rooms, a sculpture garden and workshops, giving you the chance to become part of Nigeria’s thriving modern art scene. 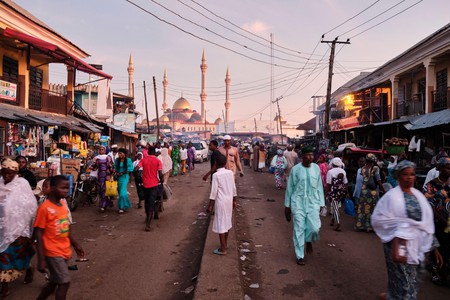 Celebrate music in an architectural masterpiece in Budapest, surrounded by trees

The highly anticipated House of Music opened in Budapest at the end of January 2022 – a new cultural venue designed by architect Sou Fujimoto, dedicated to the history of music for the past 2,000 years. Set in a forest, this landmark has an undulating roof with 100 holes for trees to grow through, serving as a continuation of the natural environment. Visit the exhibition space and open-air stage as well as concert and education halls, to witness the past and present of music as it unfolds before your eyes, and ears. 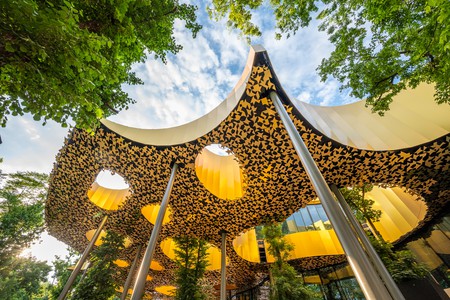 The undulating roof of the House of Music in Budapest, with holes in it to allow trees to grow through | © Liget Budapest

Taking a boat ride is an extraordinary way to experience Botswana’s amazing wildlife, as you glide through the calm waters of the Okavango Delta. Some of the world’s most impressive fauna are found here, including elephants, antelope and cheetahs. Hop on a canoe and you may spot some of them casually passing by. 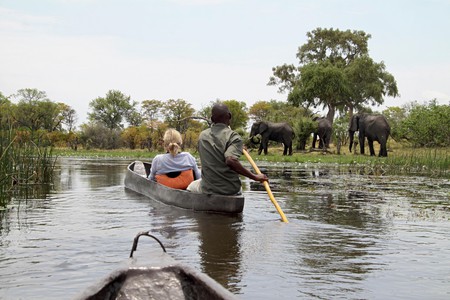 Marvel at the Milky Way in Australia

Two hours north of Perth, in Western Australia, lie the ancient landscapes of the Pinnacles Desert, marked by hundreds of limestone rocks. Combined with the dark sky, this otherworldly scenery makes the area perfect for stargazing, inviting you to look at the billions of stars that make up the majestic Milky Way, with thousands visible to the naked eye.

This year has some more highlights for stargazers: in March, there will be a Planet Parade, when five planets – Mars, Venus, Saturn, Mercury and Jupiter – are all observable at the same time; in April, you will see the iconic Southern Cross, found on Australia’s national flag; and in May, viewers will delight in the eta-Aquarids Meteor Shower, with 50 meteors per hour. 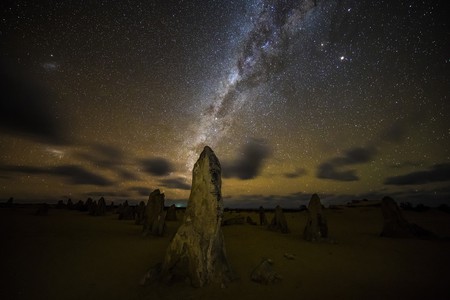 Nerima, in eastern Tokyo, has a big claim to fame: it’s where Japan’s anime production was born in 1958 and has flourished ever since. Head to Nerima to snap photos of anime characters chilling on the streets, explore anime memorabilia in the Toei Animation Museum or find the famous characters under foot with an Ashita no Joe manhole cover. Near the Oizumi-gakuen station, an artwork of Galaxy Express 999 was installed on a manhole cover, while in west Tokyo, Hello Kitty takes centre stage near Tama Center. For manga shopping, pass by the multistorey malls in the Nakano neighbourhood. 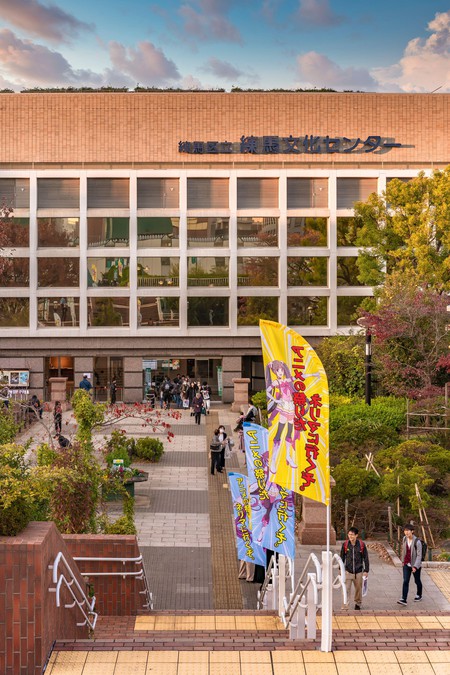 Step inside the ‘Game of Thrones’ studio in Banbridge

Newly opened in February 2022 in Banbridge, close to Belfast, the first ever Game of Thrones Studio Tour is a dream coming true for fans of the iconic TV show. Taking place in the original studio where much of the filming was done, the interactive experience will give you the opportunity to explore up close authentic sets, incredible props, stunning costumes, weaponry and visual effects. With impeccable timing, a prequel series is also set to be released on HBO later in 2022. 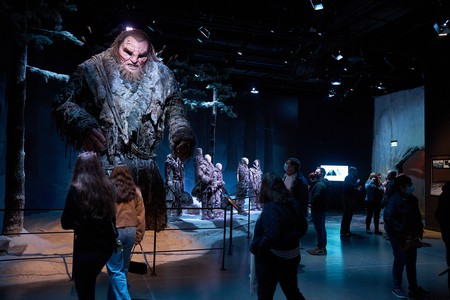 The ‘Game of Thrones’ Studio Tour in Banbridge | © Beyond The Wall

Explore remote French Polynesia with your own catamaran

The remote islands of French Polynesia aren’t easy to get, but you can now jump aboard one of these exclusive chartered trips to take in the stunning archipelago across the mid-Pacific without any hassle. As part of the itinerary, you’ll visit the sacred island of Raiatea, said to be where a Polynesian god once resided, and the tiny island of Motu Tautau. Swim with manta rays, enjoy the sugar white beaches of Ana Iti and explore a coral garden on a Polynesian canoe. 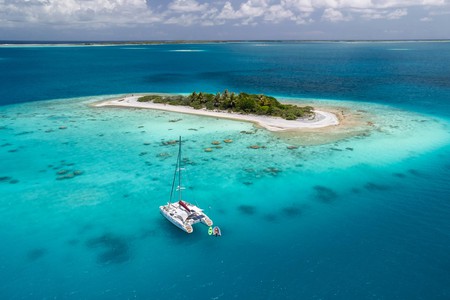