The Most Unusual Tours to Take in Argentina 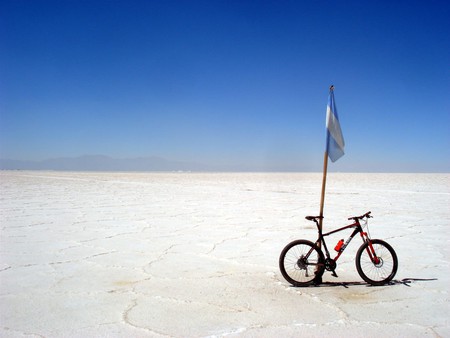 Argentina has a number of unusual places to check out, but there’s even more fun to be had with some of the country’s more inventive tour operators. Here are the most creative ways they’ll have you exploring Argentina:

Descend into the sea in a yellow submarine

Yellow Submarine operates out of Argentina’s bio-diverse Valdes Peninsula, which offers glimpses of the rarely-seen (endangered) southern white whale. The marine adventure, offered through the El Pedral Reserve outside the town of Puerto Madyrn, is unusual in that its submarine is one of the only vessels in the world to get so close to the whales. From inside the submarine, which departs from Puerto Pirámides, you can see the whales from July-October and sea lions from January-March. They also offer trips out to a Magellanic penguins’ colony. Yellow Submarine has a naturalist on its team and all staff are bilingual; more information here. Watch this video for a taste of the experience, it’s pretty amazing:

Eat your way through Argentine history

Buenos Aires Inside Out is offering a new gastronomical walking tour in the Buenos Aires neighborhood of San Telmo, historically a refuge for artists and immigrants. The story of San Telmo is representative of the history of the country itself, making it the perfect springboard for exploring the city’s diverse culinary influences. The tour, which you must book privately (email info@buenosairesinsideoutdeout.com or message their Facebook page) until it opens up to small groups in the spring, includes a wine tasting and, of course, a lot of incredible food (tip: say yes to the celery and Roquefort empanadas). The idea, according to Buenos Aires Inside Out founder Ben Salman-Lord, is to “help you to understand the influences on the diverse food cultures that exist today in this vast and great country” in a tour that “focuses on flavor”. The tour can be adapted to vegetarians on request. More information here.

Shop Hop Buenos Aires offers customized personal shopping tours that take clients to small, hidden boutiques, exclusive showrooms, designer workshops and more. The brainchild of British-born Sophia Lloyd, you have the option of being guided through your personalized itinerary, going at it alone, or having Shop Hop do all the shopping for you while you hang out and drink Malbec. “Shopping in Buenos Aires can be tough as there are so many unfamiliar shops and brands and the city is huge, so it’s hard to know where to go, especially when you have limited time,” Lloyd told Culture Trip. “Not only that, but some of the best shopping is hidden behind closed doors. Much like the closed-door dining scene, the city has a secret shopping scene and many artisan and emerging brands and designers sell their collections out of workshops and appointment-only showrooms, which is a more personal, fun way to shop.” In other words, the end goal is to help you explore Argentina’s inventive fashion and design scene. Shop Hop offers shopping tours focused on clothing, home-wares, leather goods, fine art and more. Tours are available hourly, half-day and full-day. There’s also a snazzy VIP option. More information here.

This luxury Buenos Aires designer creates one-of-a-kind sculptural pieces. Rather than sketching her designs, she builds each item around a mannequin such as this stunning red evening gown

Catch some crab at the end of the world

Tierra Turismo in Tierra del Fuego offers a number of cool adventure tours, but this one is particularly memorable. The program takes you on a waterfall walk and then to a remote fishing village, where you proceed to get on a boat and cast your very own nets into the deep. The day culminates in a gourmet meal featuring your freshly-caught seafood before returning you to Ushuaia – a city in the southern tip of Argentina known as “End of the World”.

Argentina’s northwestern province of Jujuy is known for its striking rock formations and geological wonders such as The Great Salt Flats. Stretching for some 130 miles, they are impressive enough on their own, but imagine biking over them with the wind in your hair, breathing in the mountain air. With Jujuy en Bici, you can do precisely that. The four-day mountain biking trip includes visits to several notable towns, including a visit to the petroglyphs in Barrancas. Jujuy en Bici offers several all-inclusive tour packages in the area, including one in Quebrada de Humahuaca – more information here.