The Best Places to Watch the Sunset in Buenos Aires 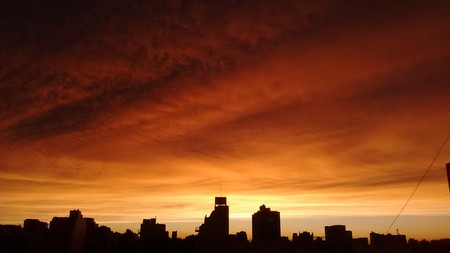 Buenos Aires is a relatively flat city, lying at just 25 metres above sea level, so there aren’t many places high enough to get a full view of the sunset. However, there are plenty of parks, open spaces and wide avenues that frame spectacular views of Buenos Aires’ famous sunsets. Here are just a few. 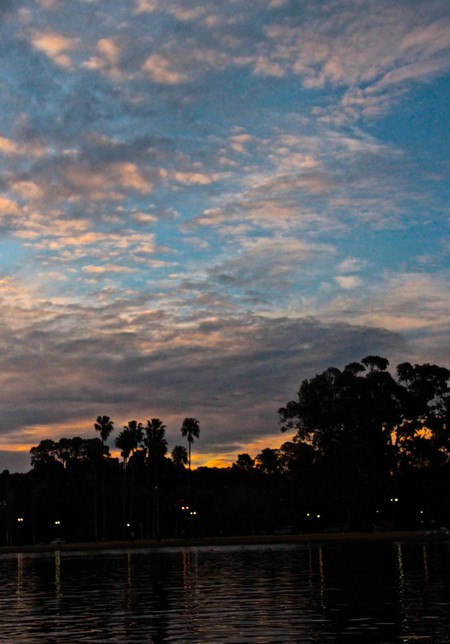 The stretch of parks that separate the Palermo neighbourhood from the river is one of the best places to see the sunset, mainly because of the huge variety of spots to choose from. If you want an Instagram-friendly vista, head to the Planetario, where you can see the cosmic structure silhouetted against the sky as the sun goes down, or take a stroll to the lake to see the sun setting between the waving fronds of the palm trees. Alternatively, get your exercise on and run along the track that circles the lake and chase the suns as it dips behind the city.

Head out to the Costanera Norte, or the stretch of boardwalk that runs beside the river, to see the skyline of Buenos Aires framed by the setting sun. As the sun goes down behind the city, you will see the outline of the towers that create Buenos Aires’ distinctive cityscape, and if you’re lucky, you might see some airplanes streaking across the sky as it turns different shades of pink, orange and red. 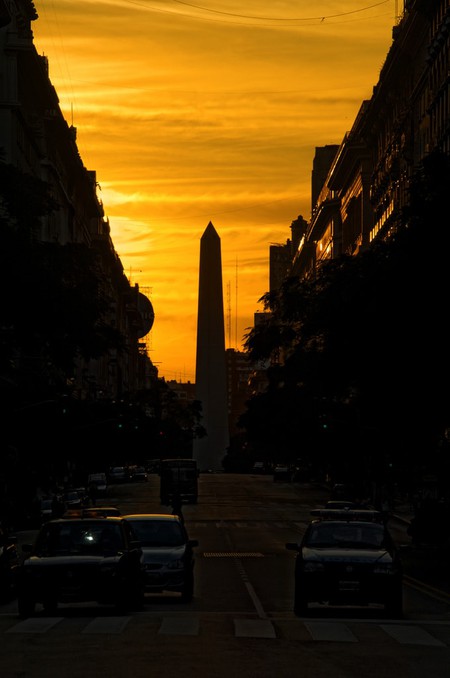 Sunset over the Obelisco | © llee_wu/Flickr

The city’s defining monument is a great place to watch the sun go down, as the width of the 17-lane 9 de Julio avenue gives ample space for the Obelisco to shine in all its glory as the sun dips toward the horizon. Watch the sun glint off this soaring pillar and see it obscure into darkness as its shape stands in shadow against the multi-coloured sky behind. This view is particularly impressive, especially with the sights and sounds of downtown Buenos Aires buzzing all around you.

The port neighbourhood of La Boca is another great place to watch the sunset. There are plenty of landmark architectural features standing out against the fading backdrop of the sky, in particular the ferry bridge offset by the water of the Riachuelo river below. A great vantage point is from the terrace of the PROA art museum near Caminito, and this is also a great opportunity to explore the historic La Boca area. However, be sure to explore before the sun goes down and leave soon after it sets – La Boca is not the safest place to hang around after dark.

If you want to watch the sunset in the company of a good cocktail and swanky surroundings, head to the SKY Bar on the 13th floor of the Hotel Pulitzer near the main square of the Plaza de Mayo in downtown Buenos Aires. Go for a drink in the evening with the after-work crowd and watch the sunset from one of the highest rooftop bars in the city. There is also a DJ spinning soul music to create the perfect soundtrack to your sunset experience. 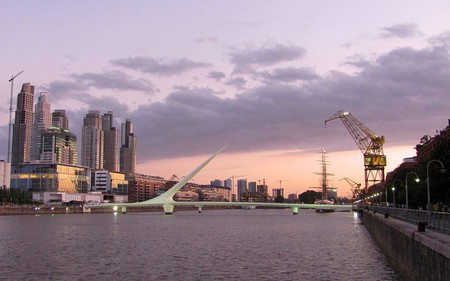 Head down to the new port, Puerto Madero, to see the sunset with the most sophisticated set in the city. Haunt of diplomats, politicians and the rich and famous, Puerto Madero has many wonderful spots where you can enjoy the sunset, including the terrace at the Faena hotel, designed by Philippe Starck. If you aren’t flash enough to hit one of the hotels, head down to the nearby Reserva Ecologica where you can see the sun going down behind the glass skyscrapers and apartment blocks that reflect the sun and create a unique vista back towards the city.

Standing on the bridge that crosses Figueroa Alcorta avenue in the evening is one of the quintessential Buenos Aires viewpoints. With the imposing Neoclassical building of the University of Buenos Aires law faculty and the giant metal bloom of the Floralis Genérica both in sight, watch the sun set on axis with the stream of cars whose headlights blink red and white in the shadow of the setting sun.