A Local’s Guide to the Top 10 Restaurants in Surry Hills, Sydney 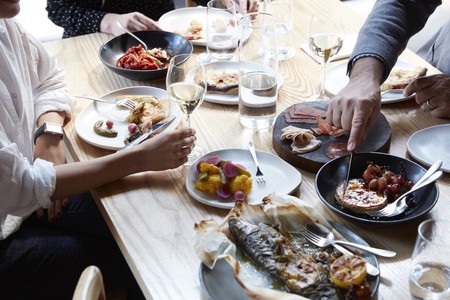 Sydney is a bustling, multicultural city, and one of the best ways to experience its rich diversity is through its food scene. South of the Central Business District is the neighbourhood of Surry Hills, a hip, creative hub with a slew of sophisticated restaurants at the forefront of what’s new. Unsure where to start? Here’s a list of some of the top places to book a table, curated by a local in the know.

Sydney’s dining scene is a lesson in perpetual reinvention. If there’s one local who can attest to this, it’s Rebecca Yazbek, co-founder of the Mediterranean-inspired NOMAD. When it came time for Yazbek and business partner/husband Al (of Toko fame) to find a site on which to open NOMAD’s doors, they didn’t look beyond the village vibe of Surry Hills. Even when a fire destroyed the restaurant’s original site, they moved their kitchen only a couple of blocks up the road to Commonwealth Street.

“We were local to Surry Hills when we opened NOMAD, and we loved the area and its proximity to everything,” Yazbek explains. “As a restaurant owner, there’s also still a real sense of people giving it a go – smaller budgets, kookier ideas, amazing little wine bars and coffee places doing what they do best. Not to mention amazing spaces.”

As you can expect, Yazbek is well-versed in the neighbourhood’s dynamic food and wine scene. “Surry Hills has such amazing diversity and a much more relaxed vibe than the CBD. It’s full of people from all walks of life, all backgrounds, all cuisines and has such a strong sense of locals supporting locals.” From classic Italian and fusion Asian to vegan cuisine that makes converts even out of the most steadfast meat-eaters, here are Yazbek’s top places in Surry Hills to grab a bite to eat. 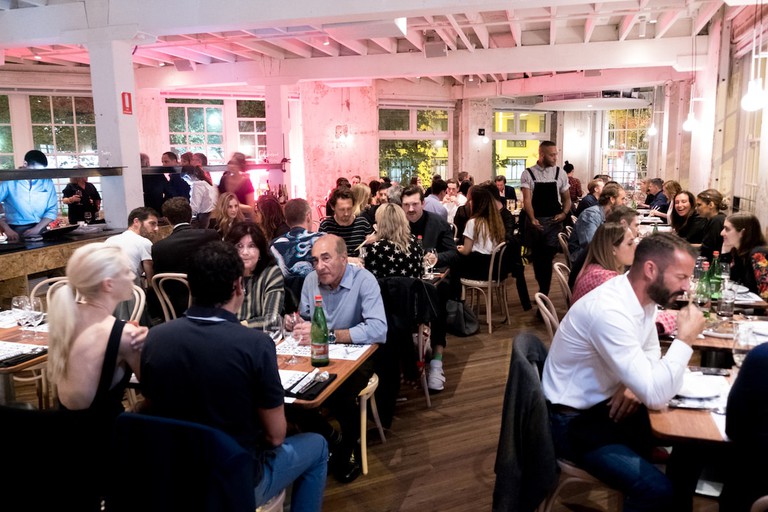 Sydney and Melbourne have always enjoyed a friendly rivalry, which certainly ramped up after this Melbourne institution (which still has queues lining up outside each day since opening in 2011), set up shop on Commonwealth Street, right across the street from Poly. “It’s all about the space and the roti for me,” says Yazbek. “With an exceptional fit-out from celebrated local interior designer George Livissianis, Chin Chin buzzes for all the right reasons. Try the house wines, which are available by the glass up to the litre.” A litre might seem like a lot, but there’ll be plenty of time to get through it when paired with the value-for-money Asian-fusion banquet menu.

Since opening its doors earlier this year on Alberta Street, Alberto’s has quickly made a name for itself. Stepping across the threshold is like taking a quick trip to Rome, with an inviting, warm and intimate European-inspired interior providing the ideal backdrop for generous servings of prosciutto e burrata, grilled octopus and chickpeas, and rigatoni with pecorino romano. All elements that, Yazbek says, make Alberto’s such a fabulous all-rounder. “Great space, great tunes, great service and food that manages to surprise you as well as meet all the old comfort feels.” 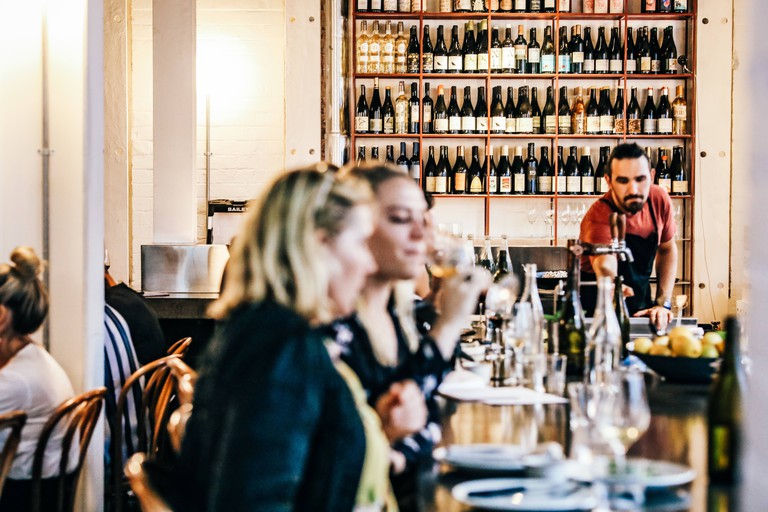 Sure, Poly might be a wine bar at its heart, but beyond the iconic red doors of this establishment on the ground floor of Paramount House Hotel is a space where an extensive food menu threatens to upstage the equally extensive wine list. While Yazbek says, “The oysters at Poly are next level,” the sweet and sour lamb ribs and scarlet prawns with harissa also make this place well worth a visit. And cinephiles will also love the fact that Golden Age Cinema is just upstairs for a post-meal screening – another must-do when in the area.

In days gone by, Cleveland Street was the place to go for cheap-and-cheerful Middle Eastern fare in Sydney. Nowadays, a slew of new establishments across Sydney are shaking things up – Shwarmama among them. Tough decisions aren’t the mode du jour here, with just six items on the menu. “For me, it is all about the falafel pita wraps,” explains Yazbek. “With two small children, I’ve picked up their pockets of goodness on the way home to feed the kids.” 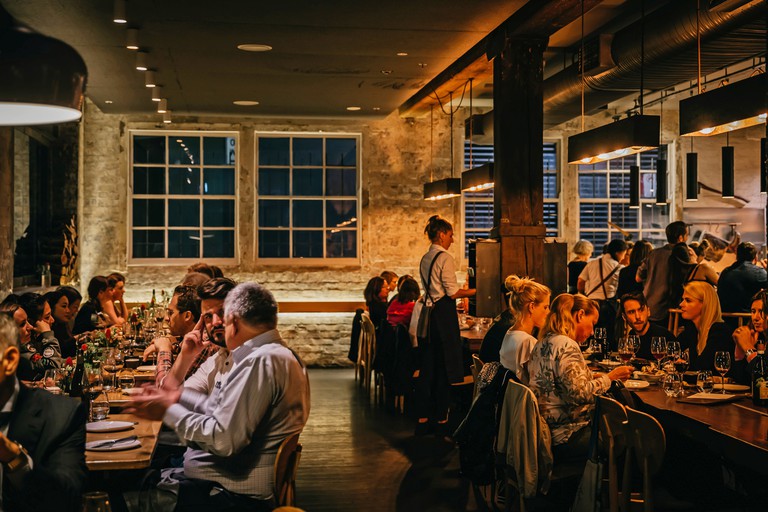 True to its name, Firedoor is a place where the chefs quite literally play with fire. Illuminating the dark palette of the interiors is a central charcoal grill and hearth on which everything on the menu is cooked, from vegetables to steak and seafood. Says Yazbek of the venue, “This place manages to exceed expectations at all levels. I’m not a huge meat-eater and assumed this place was all about the steak. While the meat is indeed very good, the calamari and the oysters were some of the best dishes I’ve had in a long time.”

For a Middle Eastern feast that’s a little more high-brow, make tracks for Elizabeth Street, where Zahli’s range of made-to-share mezze dishes are a delicious discovery into Lebanese cuisine. “My husband is Lebanese, and while I try my darndest to cook the goods, Zahli is truly exceptional food,” says Yazbek. “My pick is the fried kibbeh – always add toum [garlic sauce].” 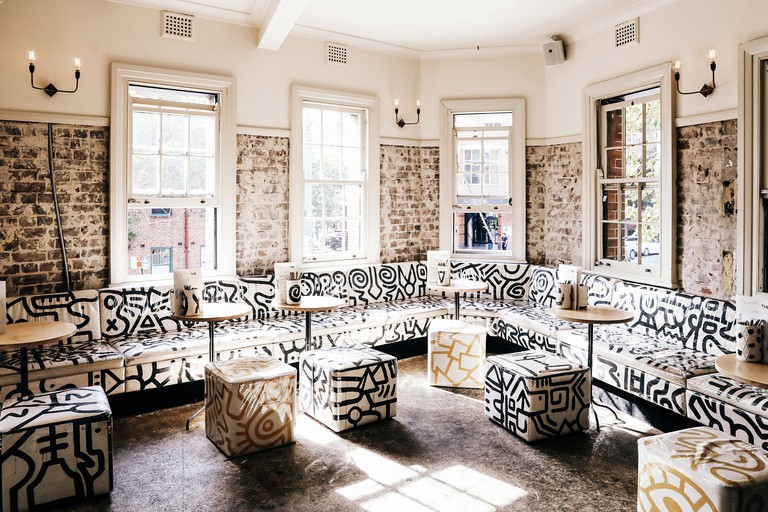 The team from Icebergs Dining Room and Bar and the nearby Hotel Harry have resurrected this Crown St institution since 2016, turning a once-beige pub into one of Surry Hills’ most fashionable watering holes. The new owners transformed the decor into a sea of brick and graffiti, and that wasn’t the only major change the Dolphin has enjoyed, with the addition of a fresh new Italian-style bistro and intimate wine room.

Surry Hills isn’t short on vegetarian options, but good vegan food is still a little trickier to find. Certainly one that attracts the locals in droves (tip: book ahead) is Bad Hombres, a small outfit on Reservoir Street. The inventive Mexican-inspired menu is designed for sharing, and is sure to please even non-vegans.“I’m not so into vegan cheese and meat substitutes if choosing a plant-based dinner,” says Yazbek. “But hand me all the charred corn and roast jalapeño guacamole along with adobo potato tacos, and I’m rolling home.” 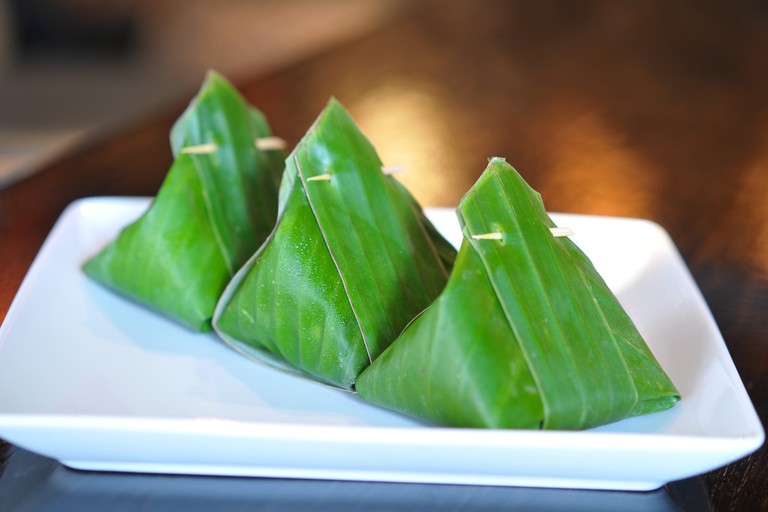 © Spice I Am
“Spice I Am is up there on my list for Thai food,” says Yazbek. “No fuss, stool seating, BYO and flavours that take you straight to the streets of Bangkok.” True to the name, dishes here are flavoursome and pack a punch. Head chef Sujet Saenkham is a native of Central Thailand, so you can be sure that everything, from the roast duck Massaman to the tom klong spicy sour soup with roasted fish, is about as close as one can get to a trip to Thailand without leaving Sydney.

After 13 years, Bodega tapas bar closed its doors on Commonwealth Street, reopening a few months later in the wine bar space at WyNo. Tapas and wine is a natural pairing, says Yazbek, and now patrons have a chance to experiment with new flavours. “Be adventurous and let the best in the business pour you some exceptional wines by the glass that you may not have heard of or tried before.” Does something pair particularly well with the yellow fin tuna ceviche or cured meats? Make a note and then buy a bottle from the wine store at the front on the way out.