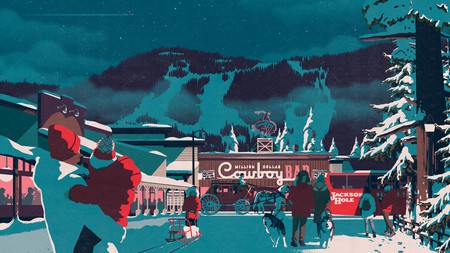 Ever since the first French fur trappers crossed into Jackson Hole in the 19th century, the valley has been a magnet for adventurers. Today, the world-class destination is populated by cowboys, bohemians and ski bums. Join them in experiencing the area’s famous outdoor pursuits, which provide natural social distancing, as well as lesser-known activities. Luckily, the stringent anti-Covid measures of local businesses mean you can still experience Jackson Hole with the area’s characteristic laid-back attitude.

The blend of cowboy and alpine fashion that’s typical of Jackson Hole has been termed “cowpine”. That’s exactly what you’ll find at Stio in Jackson, which blends elegance with modern insulating technology under its own brand. Around the corner, MADE sells eclectic wares made by local artisans alongside glass belt buckles designed by the owner, John Frechette, including one modeled on the Wyoming Flag. 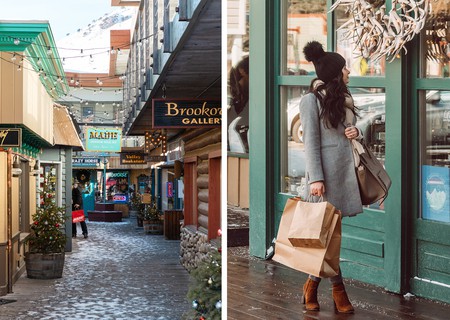 A font of local knowledge, Mary Schmitt supplies vintage western and national park memorabilia to the likes of Ralph Lauren stores and the Cowgirl Hall of Fame, as well as western museums around the US. Go right to the source and call for an appointment at her store in Jackson Hole, Cayuse Western Americana, where antique furniture, vintage posters and western oddities compete for space. Especially fascinating are the elaborate filigree belts and “wearable art” created by inmates from Wyoming penitentiaries.

Fuel up at Creekside Market and Deli

Before a day spent skiing or snowboarding, do what the townies do and stop off at Creekside Market and Deli on the north end of Jackson for specialty trail mix, drinks and outstanding gourmet sandwiches to keep you going on the slopes. Feast on sandwiches that are freshly made to order in the local deli and sip on one of the famous slushies, or pick up a picnic lunch deal to fuel up ahead of a day of exploring. 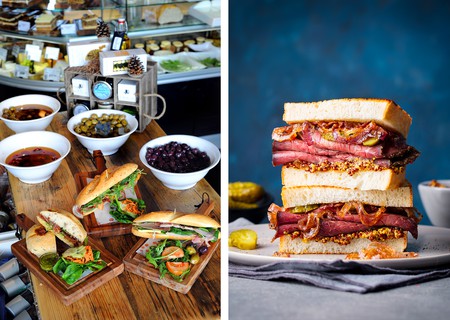 Head to the slopes

Lift tickets are required to be booked in advance this year in order to ensure social distancing. One upside of this is that there’s going to be less competition for Jackson Hole’s famous powder this winter. Take advantage of this unique opportunity to book a coveted spot on the aerial tram up to the pinnacle of Jackson Hole Mountain Resort. Experienced skiers and snowboarders can challenge themselves on Courbet’s Couloir, considered one of the most challenging inbound ski runs in North America. Those in the know head to the other side of the Tetons to the Grand Targhee Resort, which is far quieter and has western-facing slopes where the fluffier snow tends to gather at an amazing average rate of 500in (13m) per year. 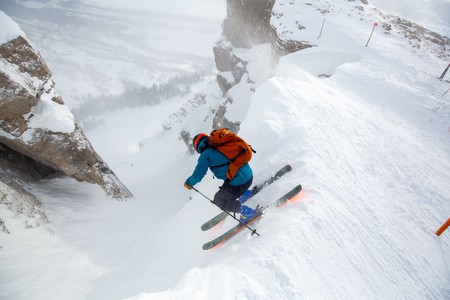 Test your mettle with a run at Courbet’s Couloir, one of the most challenging inbound ski runs in North America | Courtesy of Jackson Hole Mountain Resort

Hike or ski the Gros Ventre

For a more relaxing adventure, head to Emily’s Pond on the eastern side of the Snake River in Wilson. Most of the flat trail is groomed in winter, so you might wish to rent a pair of cross-country skis or snowshoes to explore the route, admiring the views of the river – where elk congregate – and the Teton Range in the background. Although the Grand Tetons and Yellowstone on the northern edge of the valley are frequented by hikers, the far less-traveled Gros Ventre Wilderness in the Bridger-Teton National Forest offers outstanding trail systems for every level, with undisturbed wildlife, including moose and even the occasional wolf. 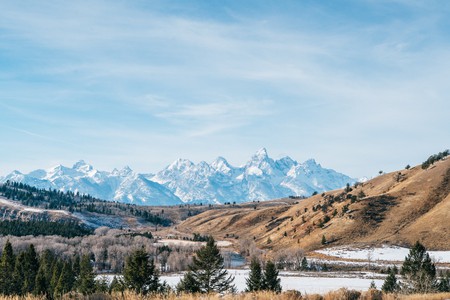 When the valley’s cognoscenti shops for contemporary art, their first stop is often the Tayloe Piggott Gallery. The downtown Jackson gallery has been on the cutting edge of art and design for a quarter of a century. The gallery hosts rotating shows for established and up-and-coming artists, often from the surrounding community. Owner Tayloe Piggott’s sharp eye extends to the exceptional jewelry and customized western furniture that you can also buy at the gallery. 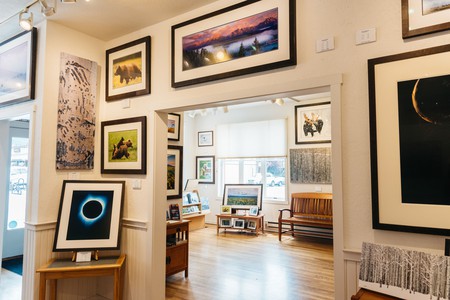 Experience the flavours of Lebanon in the Tetons

Hotel Jackson, with its bleached wood, stone and steel interiors, might be a relative newcomer to Jackson, but it sets the standard for sleek luxury and comfort. If you’ve had your fill of cowboy cuisine during your time in Jackson, you’ll be pleased to hear that the Lebanese-Mediterranean hotel restaurant, FIGS, is widely considered one of the best Middle Eastern restaurants in Wyoming. 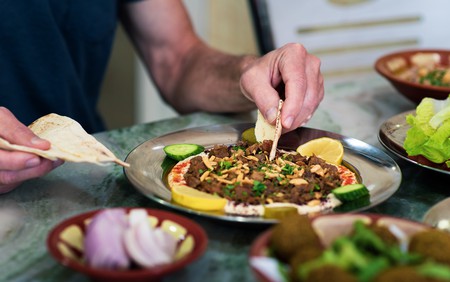 A slice of local history, the elegant Wort Hotel dates back to 1941. It’s now a comfortably modernized place to stay that doubles as a repository of Western art. The Wort’s Silver Dollar Bar & Grill once served a stint as an illegal casino but now it’s a hopping spot for live music and Western cuisine. Join the suspenders n’ boots crowd on the dancefloor on Tuesdays for the bar’s renowned weekly bluegrass jam session. 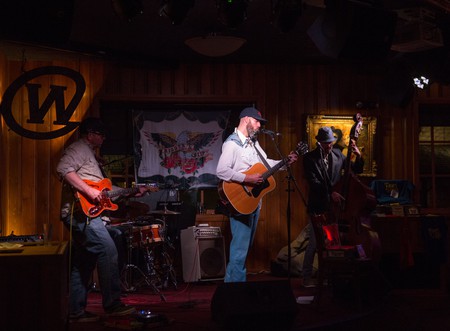 For the past eight decades, the Stagecoach Bar has been the focal point for the otherwise quiet town of Wilson, Wyoming. While it’s not currently possible to put on the Sunday night dancing, when things return to normal don’t miss “Church” from 6pm to 10pm, when crowds two-step to the banjo-picking country music of the world-famous Stagecoach Band.

For more information and to plan a trip to this wonderful winter destination, head to visitjacksonhole.com, and be sure to check the Covid restriction information and border status before travelling.