East Austin is a changing neighborhood. It has quickly grown into a hot location for art, food, and music. If you visit Austin, be sure to wander over to the east side of town and check out these best things to do and places to visit.

Cafe, Vegan, 0
Facebook
Email
Twitter
Pinterest
Copy link
Share
This past year, Austin’s very first cat café opened its doors. Owner Rebecca Gray funded it through Kickstarter. Outside is a colorful stand where patrons order their food and drinks. All cats are from the Austin Humane Society, and almost all of them are available for adoption. However, the Blue Cat Café does more than host adoptable cats; it also sell supplies and offers ‘cattification,’ assisting owners with behavioral issues and all the other things that come with owning a cat. Blue Cat Café is open 10 a.m. to 9 p.m. Monday through Thursday, 10 a.m. to 10 p.m. on Friday and Saturday, and 11 a.m. to 7 p.m. on Sunday.
Open In Google Maps
Give us feedback 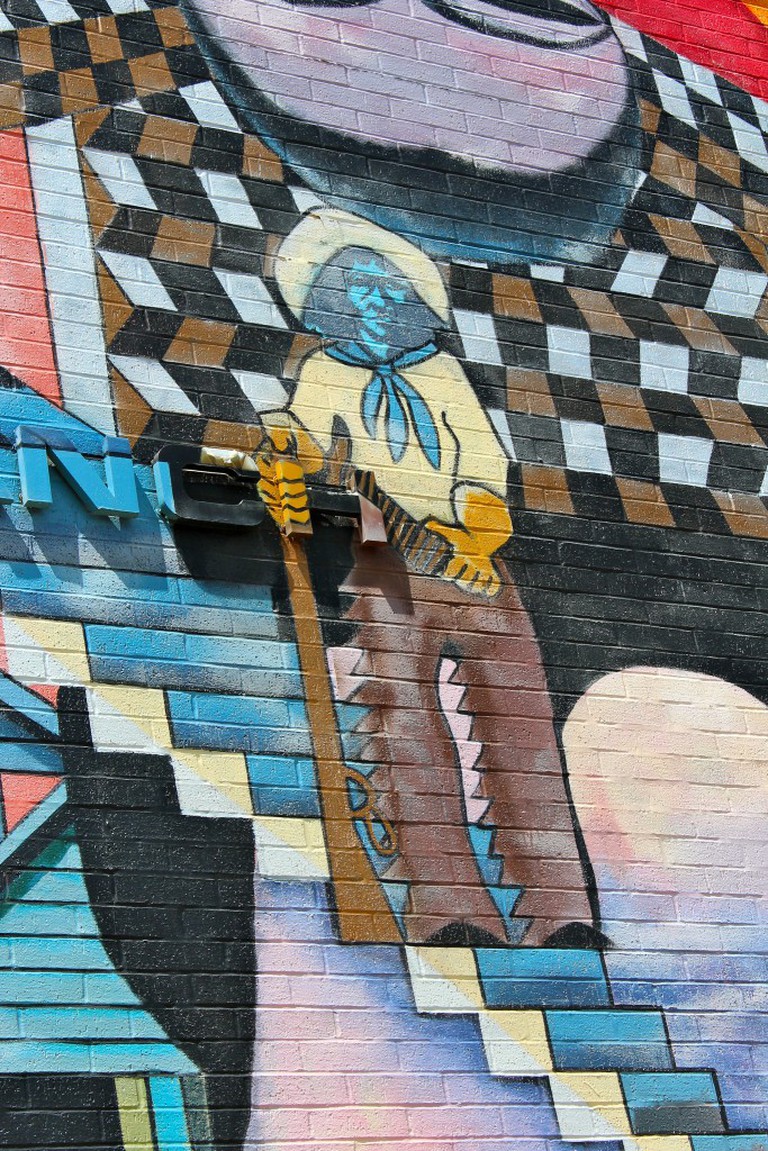 Carver Library | © vjlawson2001/Flickr
Another quirk of the East Austin neighborhood is the street art. Due to the Tejano culture and roots in the neighborhood, there are plenty of murals on buildings and even some homeowners’ fences. One of the larger murals is at the neighborhood public library. The George Washington Carver branch features a mural dedicated ‘to those who didn’t make the middle passage’ that was painted in 1986 by artist John Fisher. The mural can be seen from the corner of Rosewood and Angelina Street.
Open In Google Maps
1161 Angelina Street, Central East Austin, Austin, Texas, 78702, USA
+15129741010
Visit Website
Give us feedback

While a variety of homes can be seen throughout East Austin, the point where the old mixes with the new is Alamo Street. The change in house style is highly visible when driving down Alamo. While one home proudly boasts the styles of decades past, another has clearly been remodeled with an iron gate archway and brightly painted ‘mini houses’ next to it colored pink and blue.

The Tejano Walking Trails were started by Lori Renteria, a City Council member’s wife. In light of the encroaching gentrification, Renteria thought it would be a good idea to get historical preservation rights to some of the benchmarks of Latino culture that lie in East Austin’s history. The Tejano Walking Trails are a guide of all houses, churches, and parks that have been historically marked so that walkers can be reminded of the vibrant Latino culture that once existed in East Austin.

Map with addresses of each part of the trail available online.

While downtown has become the hub for music during South by Southwest, there are a few joints that host quite a few music acts across the highway. One of the oldest is The White Horse. The shows are generally free, except on the rare occasion that The White Horse is hosting a charity event or a particular artist. Kids are also welcome (if accompanied by adult or legal guardian) and so are dogs (on the patio). The venue is wheelchair accessible and accepts private receptions and events with a reservation. The White Horse is open from 3 p.m. to 2 a.m. seven days a week. 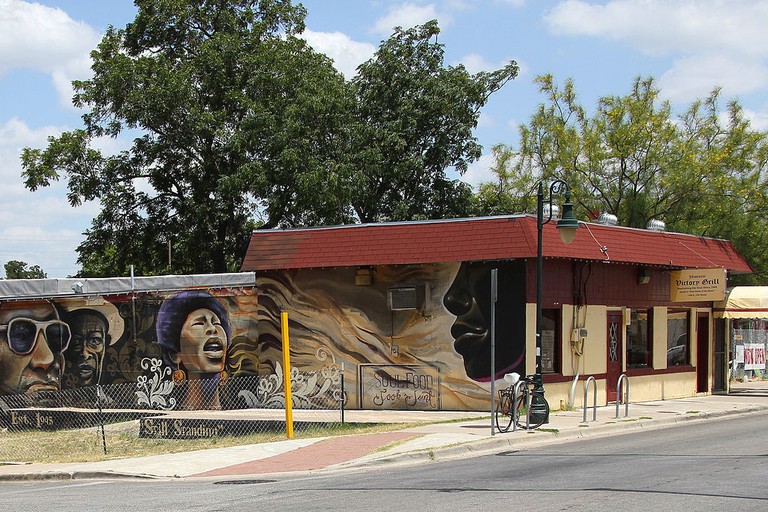 Historic Victory Grill | © Larry D. Moore/Flickr
Victory Grill has been host to musical acts like B.B. King, Billie Holiday, and James Brown, ‘nourishing the soul’ since 1945. Victory was named after the victory over Japan in World War II. Owner Johnny Holmes wanted to create a place where the black soldiers coming home from war could have a beer (this was when Austin was legally segregated). It didn’t take long before Holmes was able to move to a larger building next door. In 1995, Holmes closed down the nightclub portion and kept the restaurant open, as it was still widely known for its food. Today Victory Grill is open for private events and educational purposes. It is one of the few remaining juke joints standing today.
Open In Google Maps
1104 East 11th Street, Central East Austin, Austin, Texas, 78702, USA
+15124013515
Visit Website
Give us feedback

Park
Facebook
Email
Twitter
Pinterest
Copy link
Share
Map View
Comal Park is a small community park on the corner of Comal and Third Street, just next door to the Comal Food Mart and across the street from the Chalmers Court duplexes. There are some features to it that are unique. One is the handcrafted archway at the entrance that reads ‘Parque Comal’ in yellow letters on a purple, mosaic-style background, line with hand-painted tiles along the side of each pillar in the arch.
Open In Google Maps
300 Comal Street, East Cesar Chavez, Austin, Texas, 78702, USA
+15129746700
Visit Website
Give us feedback

Visit A Convenience Store With More To Offer

Comal Food Mart isn’t known for its eclectic collection of food. It caters more to the locals of the neighborhood rather than tourists. The old-school mart is a center for community socializing. However, it does sell alcohol and food at lower prices than most convenience stores. It also sells cigarettes individually, which has become a big appeal to some regulars. Ideal Soul Mart is another local favorite. Despite its small size, the store itself sells a variety of candy and drinks not found in popular chain stores. It is family-owned, and the owner can be seen often at the register helping customers. 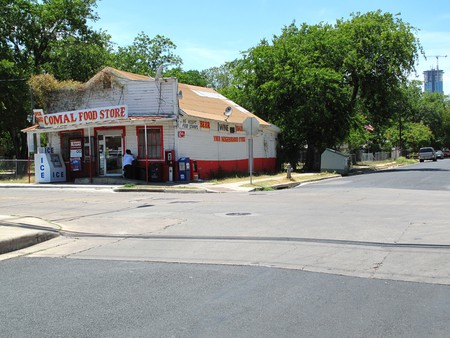 For more information on where to go while visiting the Lone Star State, visit our article 20 Must Visit Attractions in Austin, or if you are heading downtown read our article on things to do in Austin’s vibrant centre.