Blues on the Green: A Guide to Austin's Largest Free Concert Series 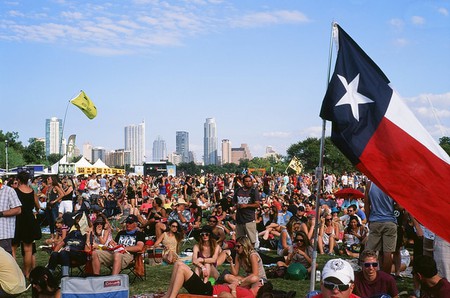 Known as the “Live music capital of the world,” Austin is the perfect place to settle down for an outdoor summer concert. Luckily Blues on the Green, Austin’s largest free concert series, is in full-swing, and we’ve got the tips to help make your experience a memorable one.

A quintessential Austin activity, Blues on the Green is an annual tradition in the Lone Star State capital. Now in its 28th season, this free concert series hosted by 93.3 KGSR will bring to the stage some of Austin’s best homegrown artists for four different Wednesdays throughout the summer.

The series kicked off on May 23 with psychedelic rock group the Black Angels and dream-pop band Night Glitter. The shows will continue on June 13, with Bob Schneider scheduled to send his smooth sounds over the heads of thousands of Austinites and their families. Other performances are scheduled for July 18 and August 8, with headliners to be revealed later, according to a release. 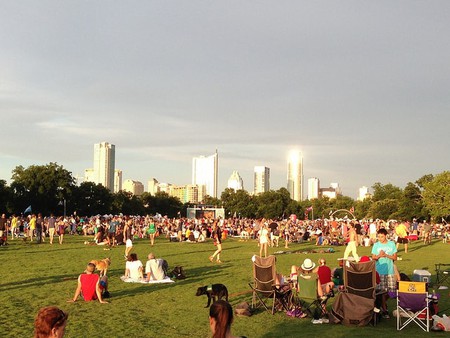 What to bring to Blues on the Green

This year, guests are encouraged to bring water to beat the Texas heat and to help stay hydrated. Lawn chairs and blankets are allowed to make guests more comfortable, and dogs are allowed in the concert series as long as they remain leashed. Alcohol, glass bottles and Styrofoam are not allowed at Blues on the Green, and weapons of any kind are not permitted.

Seriously, do not try to sneak in alcohol. There are frequent, random searches of concert attendees by the park police and you don’t want to have your evening ruined by a simple beer can. Just wait until the show ends and grab one down the street at Uncle Billy’s. You’ll be better off drinking ice water while you’re on Zilker Park grounds, anyway.

When to arrive at Blues on the Green

While music at Blues on the Green officially begins at 8 p.m., plan to arrive well ahead of time. To claim the best seats, plan to arrive at least an hour and half before the show begins. Remember, as long as you have blankets, lawn chairs and cooler full of ice-cold (non-alcoholic) beverages, you won’t have a problem settling in for a long night of Austin outdoor jams.

For those planning on showing up well in advance, Lyft is planning on packing your evening with even more music with a sponsored, special pre-show performance. The opening acts will begin performing at 6 p.m. and will run until the official concert starts. Plus, with a wide variety of vendors, you won’t have to worry about going hungry as plenty of Austin favorites—including Amy’s Ice Cream, Shake Shack, and Black’s Barbecue—will be dishing out food and drinks on site. Although, as a pro-tip, it is highly suggested that you pack your own picnic in order to avoid the lines that snake out behind each vendor tent. 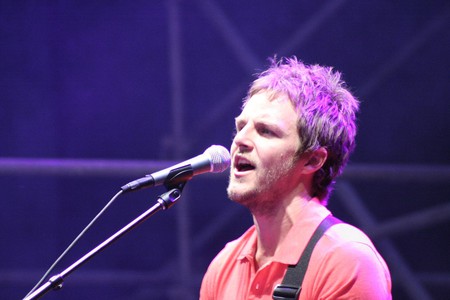 Where to park at Blues on the Green

Zilker Park has extraordinarily limited parking. Visitors are encouraged to take public transport, walk, bike or take a rideshare to the show. In fact, this year, Lyft will also offer new users $5 off their first three rides with the code 2018BOTG. If, however, you must take your own vehicle, you can secure a parking space by buying a parking pass on TicketBud for $16.73 plus a processing fee.

Start the evening off right

Despite all these tricks and tips, perhaps the very best way to enjoy the evening is to begin with a swim in Barton Springs Pool. Just head down after work, snag a parking spot and jump in the refreshing 69-degree water to cool off after a long day. Then, when the time is right, walk across the street to the stage and claim your spot. There will be no need to fight the crowds and no worries as you settle into the warm summer evening.

Pro-tip: Use the restroom before you leave Barton Springs to avoid waiting in line for the Porta Potties.

Regardless of how you get there, just make sure you go. Trust us, you don’t want to miss out on this uber-unique Austin experience.