8 Films That Will Tell You About Austin’s Culture 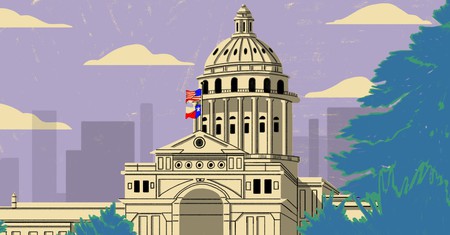 Nothing tells you more about the culture of Austin than the films that are shot and made here. Here are eight films made in the city that represent almost every facet of Austin’s diverse culture.

Acclaimed director Richard Linklater’s first film put the Austin film scene on the map. It portrays Austin in a true-to-life way by following a variety of twenty-something, over-educated, pseudo-intellectual Austinites waxing philosophical, making ‘insights’ about presidential elections and politics, or discussing the films of Antonioni (‘You’ve never seen Blow-Up? Oh, it’s great,’ muses a bar rat at one point). Walk into any bar in Austin, or even walk on the streets and you’ll see UT students, recent grads, and educated people talking about music, art, film, sports, food, and gentrification but doing… nothing. They’re slackers, this is Austin, and everyone’s kind of smart.

Labeled a classic almost as soon as it was released, Linklater’s breakthrough film examines the lives of 10-15 Austinite high schoolers in the 1970s. Linklater said he wanted to make an ‘anti-John Hughes movie,’ about high schoolers. Instead of focusing on suicidal teens and nerdy romantic creatives, Linklater decided to take an ultra-Austin, ‘chill’ approach to presenting high school. He follows the characters around as they drive cars, have secret parties in the woods, listen to music, and avoid the Freshman Hunt. Everyone drinks, does drugs, and there’s an occasional fight, but everyone is mostly cool with each other. That’s life in Austin.

If Slacker observed Austin’s pseudo-intellectual underground, Waking Life spends it’s time talking to actual intellectuals – including professors and students from UT-Austin – who offer insights into why humans dream and if reality itself is only as real as the movie you’re watching. The film follows a UT student as he walks around West Campus, Guadalupe, and other parts of downtown while interacting with intellectuals and scientists; all while trying to wake from the dream he’s having. Filmed in revolutionary rotoscope (Linklater used this later in his film A Scanner Darkly), the film also showcases the cutting-edge technological sophistication Austin has become known for in the 21st century.

Nothing symbolizes Austin more these days than office jobs and white-collar employees working for amorphous tech companies like Peter’s Initech in this classic comedy. Oh, and how much we all hate it. Office Space follows Peter and his downward spiral of dissatisfaction and depression after forgetting to file his TPS reports, receiving memos and visits from multiple bosses politely asking him to never do it again, and his hilarious journey into the heart of darkness of modern society: white-collar employment. Mike Judge’s vision of Austin also seems ahead of its time by seemingly predicting the job boom in the city we’re experiencing today.

Like Waking Life, Frank Miller’s Sin City pushes the envelope of movie-making and showcases Austin’s cutting-edge technological advancements. Following the inter-connected stories of rather unsavory characters in a stylized city of sin, the film also portrays the freedom of Austin and why so many find it so attractive. Sin City would have never been made in Hollywood, with its excessive violence and innovative filming style. Austin’s liberal values, hip aesthetic, and accepting nature of different kinds of people and art create a natural landing pad for controversial and innovative artists looking for unfettered freedom to enjoy their creative pursuits.

Grindhouse, a collection of trailers by directors like Rob Zombie and two feature films by Rodriguez and Tarantino that resemble the grimy cult and B-films of 1970s ‘grindhouse‘ cinema, was shot and made entirely in Austin due to the creative freedom and lack of restraint that made making Sin City possible as well. A big deal around Austin when it was released, it taps into Austin’s undying love for cult films (hundreds of people around Austin are wearing Evil Dead T-shirts these days) and for terrible movies in general (midnight screenings of The Room are not uncommon). Austin doesn’t love these movies ironically though, as is obvious by Rodriguez and Tarantino’s commitment to making this three-hour ‘grindhouse’ film.

Filmed by a bunch of UT-Austin film students in the then-deserts of Round Rock and Bastrop, Texas Chainsaw represents the ‘home-grown’ art Austin produces. Filmmakers like Linklater, Terrence Malick, Wes Anderson, and Tobe Hooper didn’t move to Austin to make movies. They were from here. Artists and culture in Austin originate from the people living here, which is what makes the city so attractive. Texas Chainsaw also conveys the lawless ‘Wild West’ mythos Texas has come to be known for (the real-life massacre was originally in Wisconsin, but moved to Texas for dramatic purposes because of this). Made on a shoestring budget, this revolutionary film shook the world and became one of the first films from Austin proving the creative talent that lies deep in the heart of Texas.

UT-Austin’s football program and high school football are integral parts of the city. Art, food, film, and culture snobs here will try to deny it and tell you that the best parts of the city are in dive bars with metal bands screaming their lungs out to a crowd of comatose thirty-somethings, with that one guy trying to mosh even though everyone else is too out of it to notice. My advice: go to a UT game. The atmosphere. The fans. The history. The greatness. Ricky Williams. Earl Campbell. Vince Young. Brian Robbin’s Varsity Blues may not be the greatest sports film ever made, but shot in Austin, it picked the perfect city in which to film. Lots of people wearing UT orange in Austin didn’t even attend school there.