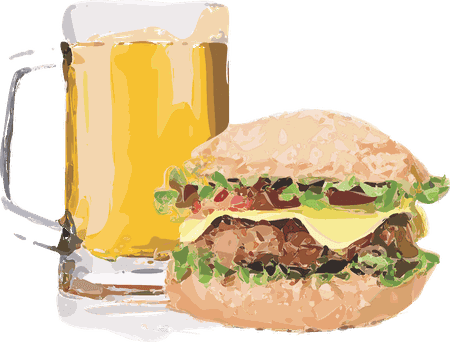 Order a burger and a beer at Keller’s Drive-In in Dallas, Texas. | © agoss / Pixabay

There are plenty of unique features at Keller’s Drive-In in Dallas, Texas. For one, it’s a drive-in restaurant, a type of dining establishment that was popular in the 40s and 50s but has since faded away. They’re also known for using poppy seed buns with their hamburgers which is quite unusual in the hamburger world. Finally, they serve beer to your car, and surprisingly enough, it’s legal to drink it.

Jack Keller opened Keller’s Drive-In in Dallas in 1950, and since then, it has welcomed generations of Dallas families who love the tasty food, laid-back atmosphere, and the convenience of enjoying a beer in their car. Before we get to the beer, there are some aspects of Keller’s Drive-In that you must know about if you ever plan to visit.

This is going on now.

Number one: Drive up, but don’t get out of your car. The waitresses will come to you for your order. The menu is simple American drive-in food like hamburgers, corn dogs, chicken sandwiches, grilled cheese, BLT, fries, onion rings, and shakes. Don’t balk at the prices—they’re correct. Keller’s Drive-In is extremely affordable and tasty. Their “No. 5” is a big hit and includes a hamburger with a double patty, cheese, lettuce, tomato, and a special dressing on a poppy seed bun. The poppy seed bun burgers have always been beloved, with burger expert Josh Ozersky naming Keller’s as an establishment with one of the top 10 burgers in the U.S.

When ordering your food, don’t be shy—order a beer or two! The waitresses won’t blink an eye and will bring it out and place it on a tray attached to your car with the rest of your food. While it may seem odd at the least and illegal at most, having a beer in your car at Keller’s Drive-In is 100% legal. That’s because Keller’s Drive-In received its liquor license half a century ago when alcohol laws in Texas were different, and now, they’re grandfathered in.

Still haven’t convinced you to order a beer in your car? Visit Keller’s and you’ll notice everyone else is drinking a beer in their car or on their tailgate. It’s legal! And we promise you—there’s no cop waiting around the corner for you once you leave.

Just this once, follow the crowd right on down to Keller’s Drive-In for a poppy seed burger and a beer in your car.