Welcome To Hollywood In Houston, Texas!

So every city has got its big movie shoots. Benjamin Button was filmed in New Orleans, Burn Notice and 2 Fast 2 Furious were filmed in Miami, and 10 Things I Hate About You was filmed in Seattle. Thousands of movies and television shows are filmed in real city locations rather than on a sound stage—including Houston!

It’s been 25 years since this movie was released (yeah, time flies). While visiting Houston, take a trip to the Jefferson Davis Hospital (as the Nuke manufacturing plant) and the Houston Theatre District where major scenes in the film took place. Go ahead and be that RoboCop fan and tourist, we won’t judge.

With spacecraft interiors created by Kansas Space Center, the real Mission Control Center used during the landing, which consisted of two control rooms of Building 30 of the Lyndon B. Johnson Space Center. That same space center was used as flight control for Apollo 11, the first manned landing on the moon in 1969. The film is based on the manned mission directed by Ron Howard (from The Andy Griffith Show and Happy Days). The drama revolved around astronauts Jim Lovell, Jack Swigert, and Fred Haise (played by Tom Hanks, Kevin Bacon, and Bill Paxton) making for America’s third moon landing. With other major space-related films released over the recent years, we should all agree that Houston should have been the main location for 2015 space odyssey thriller, The Martian. Houston, we don’t have a problem. It’s just a hunky Matt Damon.

Played by the beautiful and multitalented Jennifer Lopez, Selena was one of her breakout roles and a film that brought fans and newcomers together. Selena was a multitalented Mexican-American singer. She is known for her amazing voice and being the Queen of Tejano music. In the film, there are plenty of scenes that referenced her national tour, including her opening and prominent scenes of a sold out crowd performed and filmed at the Houston Astrodome (now the NRG Stadium Astrodome) during the Houston Rodeo. The film shot scenes in and around other major cities in Texas, but why not visit the largest scenes and locations of them all. The singer died in 1995 at the age of 23. Just earlier this year, M.A.C cosmetics announced their dedication to the late singer by premiering a limited edition collection in her name.

Cue Steven Tyler and an all-crowd serenade. Filming took place at a lot of the famous NASA center, especially the six million-gallon neutral buoyancy tank at the Lyndon B. Johnson Space Center. Is there a better place to save planet Earth from an asteroid than Space City? Probably not.

Not just having a prominent remembrance and honor in Hawaii, the famous film was shot at Houston’s San Jacinto Battlefield State Memorial site. Houston has most definitely aided in the production of the top compelling and entertaining cinema films of all time. All with the city’s most recent transformation as a major hotspot for young people, the future is surely shining bright and the busting doors down for upcoming productions and stages to produce the next big hit in our creative backyard. 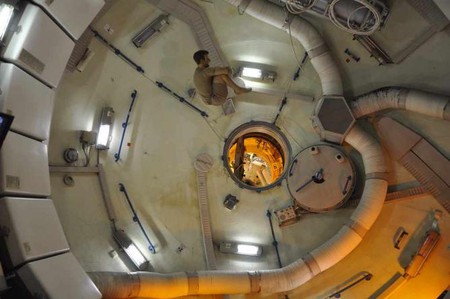 ©Francisco Antunes/Flickr
Give us feedback