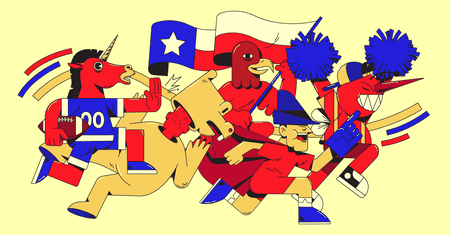 Check out some of the quirkiest high school mascots in the Lone Star State. | © Alexander Hellebaut / Culture Trip

We all know the Mustangs, the Cowboys, and the Rangers, but have you heard about the Calhoun Sandcrabs?

Mascots are used to boost school spirit and to bring students together. Sometimes, schools get a bit zany with their mascot choices, poking fun at interesting town names or just picking something absurd. Texas is home to a multitude of hilarious—and sometimes embarrassing—mascots. Learn more about the quirkiest high school mascots in Texas.

It’s true, unicorns do exist, at least in the form of a high school mascot. New Braunfels High School has had this mascot since 1928, when they decided to honor the unicorn from the family crest of Prince Carl of Solms-Braunfels, the man who founded the town as a German colony in the 1840s. Little did they know that the crest actually featured a lion and not a unicorn, but they decided to stick with what they had.

Along the Gulf Coast, you’ll find Port Lavaca, home to Calhoun High School and its mascot, the Sandcrab. As part of a bay town, this mascot fits right in—sort of. Bonus points for powerful pinchers that up the intimidation factor, right?

It’s only fitting for a town named Winters to name their mascot after a common winter weather event. However, it’s uncommon to see blizzards in Texas. The only Blizzards that appear in this area are students from Winters High School. 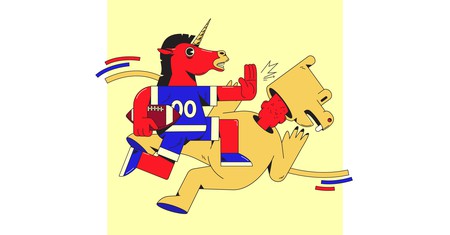 Quite the exotic mascot for Texas, Grandview High School has sported the zebra for almost a century. In 1920, Grandview High School burned down and all of their football equipment was destroyed by the fire. After a new school was built the following year, staff had to be frugal when it came to buying uniforms, causing the football coach to choose the cheapest jerseys that had been rejected by other buyers. With lavender and gold stripes on their uniforms, fans said the players looked like zebras, and the rest was history.

Named for the blood-sucking mosquito, the Mesquite High School Skeeters have held this name since 1944. The name is a simplification of “Mesquiters,” which was their previous mascot name.

Ask anyone in North Texas about Springtown, and they’ll probably say, “Oh, the Porcupines?” The porcupine was chosen in the 1920s when the basketball team got together to decide on a mascot. One player suggested the porcupine saying, “No one wants to get near a porcupine because they don’t want to become a target for quills.” The mascot was voted on, and Springtown High School’s team became the Porcupines. 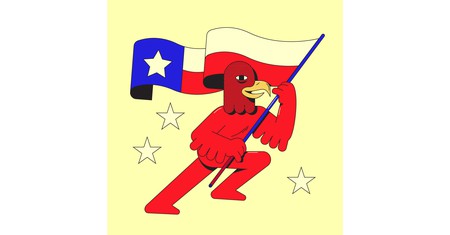 No, this mascot isn’t named after delicious Pecan Sandies cookies. It’s a sandstorm, reminiscent of a common weather occurrence in the Amarillo area. While the mascot is a twirling sandstorm with a mean scowl and its fists raised, ready for a brawl, the name “Golden Sandies” doesn’t evoke a fearful image before game day.

As the only school district in the U.S. to have a hippo as its mascot, you better believe there’s a story behind it. Local legend says that in 1915, a hippo escaped from a circus train in Hutto and made its way towards a creek. After tremendous effort, the hippo was loaded back onto the train, and soon after, the Hutto school district adopted the hippo as its mascot. Today, a large hippo statue sits outside Hutto High School, and numerous other hippo statues can be found in the area.

Although it has an aggressive-sounding name, this mascot’s job isn’t to walk around intimidating rivals with a swift right hook. The name is slang for “cowboy,” or a “cow puncher,” which is someone who raises cattle. 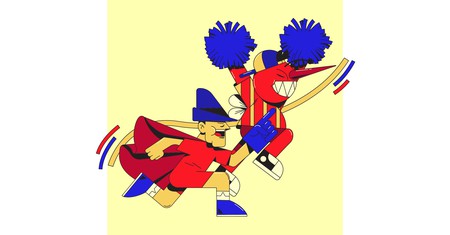 Since Cuero is unofficially known as the “Turkey Capital of the World,” it’s fitting that Cuero High School’s students are known as Gobblers. As innocent as the name sounds though, don’t be fooled. This beefy bird appears to have been hitting the weights, and the sharp talons mean that this turkey can easily intimidate its rivals.

Named in honor of the agricultural area of Roscoe, the Plowboy serves as the mascot for Roscoe Collegiate High School. A plowboy, by definition, is a boy who leads the team drawing a plow, or a “country youth.” Cue Hank Williams Jr.’s “Country Boys Can Survive.”

Truly an original mascot, the Ro-Hawks came to be when a group of students from the moon-landing era got together to decide on a mascot for their school. They liked the falcon from the semi-new Air Force Academy, and decided to use a similar bird: the hawk. But since this was the age of the Space Race, the students wanted to do something to honor the time, and decided to add a rocket into the equation. Thus, the Ro-Hawks, a combination of the words “rocket” and “hawk” were born. The emblem is a hawk riding a rocket, with a lightning bolt clenched in its talon. Mascot creativity at its finest.

The popular folklore behind the Pied Piper dates back to 14th century Hamelin, Germany. In the 1920s, Hamlin, Texas decided to use this character as its mascot, adding a little muscle in the process.

This mascot isn’t a little circular disk sewn on clothing. Instead, it’s actually a segment at the tip of a rattlesnake’s tail. San Antonio’s Central Catholic was once a part of St. Mary’s University, who used the rattler for a mascot. The Button is a nod to the school’s history.

Located on the Galveston Bay, Texas City takes pride in its coastal culture with the Stingaree mascot. A stingaree is a type of stingray, and while this mascot is cute, it’s also scary—sort of like a real-life stingaree.