The Most Infamous Outlaws of Dallas Fort Worth 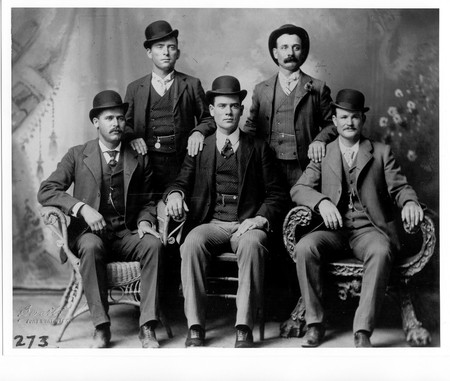 Dallas-Fort Worth was once a happening spot for the Wild West. It attracted famous western figures like Doc Holliday and Wyatt Earp, and not surprising, infamous outlaws that have been immortalized throughout history with books, TV shows and movies. Who were these infamous outlaws of Dallas-Fort Worth? Hold on to your breeches – this is one wild group.

Though she was little – four-foot-eleven, in fact – Bonnie Parker rose to fame as one of the most famous outlaws in American history. Bonnie was born in 1910 in Rowena, Texas, but soon moved to a suburb of Dallas at the age of four. Her crime days began when she fell in love with Clyde Barrow and the two would go on to rob banks across several states. Bonnie evaded capture with Clyde for two years from the FBI, but police ambushed them in Louisiana and she was killed, along with Clyde, on May 23, 1934. Today, visitors to Dallas can see Bonnie Parker’s grave at Crown Hill Memorial Park, and might even want to add a memento like flowers, coins, cigarettes or liquor like other visitors do. 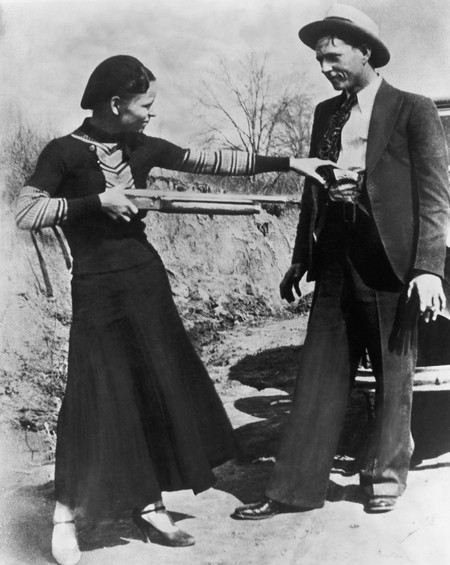 A photograph of Bonnie and Clyde, infamous outlaws from Dallas | © Tullio Saba / Flickr

Clyde Barrow, the second half of the Bonnie-and-Clyde duo, was born in 1909 in Telico, Texas, but soon his family moved to Dallas where he turned to a life of crime in his teenage years. It began with stealing cars and would later culminate into robbing banks and killing those who got in his way with his Barrow gang and leading lady, Bonnie. Clyde was killed in the same ambush as Bonnie, and though he and his love wished to be buried side by side, he was interred at Western Heights Cemetery. Despite the “No Trespassing” signs, visitors can visit Clyde’s grave during opening hours.

Butch Cassidy and the Sundance Kid and the Fort Worth Five

Robert Leroy Park, also known as Butch Cassidy, and Harry Longabaugh, nicknamed the Sundance Kid, teamed up together to lead a group of outlaws known as the Wild Bunch or the Fort Worth Five to rob trains and banks in the American West. Butch Cassidy and the Sundance Kid, along with Harvey Logan, Will Carver and Ben Kilpatrick – the three other members of their gang – had a home base in a hotel over a grocery store in Fort Worth Hell’s Half-Acre, a rowdy area filled with saloons, gambling and prostitution.

In 1900, the gang sat for a portrait at the Main Street portrait studio, a photo that would eventually lead to their arrest. Though Hell’s Half-Acre has changed over the years to become downtown Fort Worth, it still pays homage to this group of outlaws by naming the main square Sundance Square after the Sundance Kid. There’s also a wall bronze sculpture of Butch Cassidy, the Sundance Kid and the Fort Worth Five on Houston Street in Forth Worth, a life-size copy of the fateful photograph they took in 1900.

Sam Bass was the leader of a gang of outlaws that robbed trains in the late 1800s. Bass was born in Indiana and made his way to Mississippi for sawmill work before heading to Denton, Texas, a suburb of Dallas, in 1870. He worked on ranches, farms and freighters, spending most of his time in Dallas, Denton and Sherman. Bass began his criminal activities of robbing stage coaches and trains outside of Texas but eventually made his way back to the Dallas area with the Sam Bass Gang and robbed four trains within 25 miles of Dallas in 1871. Eventually, he was killed in south Texas in Round Rock, but his time in the Dallas area is just another nod to the outlaw history of North Texas.

While Lee Harvey Oswald’s outlaw days were a bit more recent and much shorter than those on this list, there’s no denying that he is one of the most infamous outlaws of Dallas-Forth Worth. He’s known for allegedly assassinating John F. Kennedy in Dallas, Texas, in 1963.

A former U.S. narine, Oswald defected to the Soviet Union, then later moved to Dallas in 1962 with a new wife and daughter. He became more interested in communism and buying weapons. On the day of the JFK assassination, Oswald was seen on the sixth floor of the book depository with his rifle, and soon after the shots rang out, witnesses say they saw him leaving the shooting scene. Soon after, he was confronted by Officer J.D. Tippit, who Oswald allegedly shot and killed in his attempt to evade capture. Oswald was later apprehended at the Texas Theatre by police. Before more information on his motives could be discovered, he was killed by Jack Ruby while being moved between jails.

Today, visitors can dive into this Dallas outlaw in multiple ways, such as visiting the Ruth Paine House Museum, a home-turned-museum where Oswald stayed the night before the assassination, or by visiting his grave in Fort Worth’s Shannon Rose Hill Burial Park.