The History Of Cadillac Ranch In 1 Minute 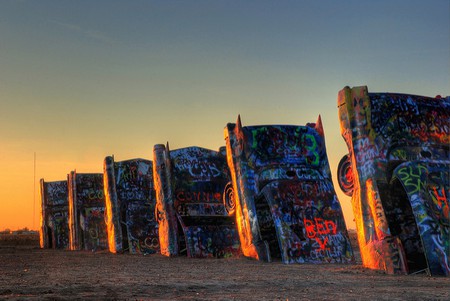 While driving through Texas, you will find a lot of distinct monuments. Among them s is Cadillac Ranch. This landmark is perfect for art lovers and for anyone who loves a good road trip. Culture Trip brings you a quick history of Cadillac Ranch.

While the name can be deceiving, Cadillac Ranch is not a ranch at all. In actuality, it is a public art installation created by three members of the art group Ant Farm: Chip Lord, Hudson Marquez, and Dough Michels. This one-of-a-kind structure consists of 10 old and used Cadillac cars ranging from 1949 to 1963. Each car is half-buried nose-first into the ground at an angle. 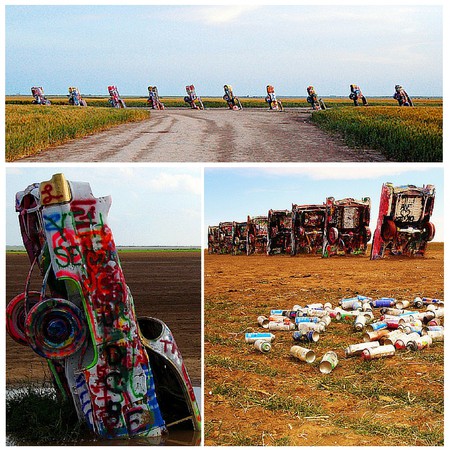 The brightly painted Cadillac installation was created in 1974 and was originally located in a wheat field. It wasn’t until 1997 when the installation was moved to a cow pasture along Interstate 40 close to Amarillo. While the idea of the sculpture remains the same, this art piece is forever changing with the help of visitors. Many make that long drive to Cadillac Ranch in order to tag it, the majority do this with spray paint. While the art installation is located on private land, visiting is encouraged. You can see the lined up Cadillacs from the highway, meaning it’s tempting to make a quick stop.

Cadillac Ranch might seem like a hidden gem but it has made several appearances in popular culture. It was placed in Pixar’s animated film Cars and also makes an appearance in Brooks & Dunn’s ‘Honky Tonk Stomp’ music video.

If you’re going to make that trip toward Amarillo, make sure to stop at this ‘Bumper Crop.’ Bring spray paint to leave your mark, but make sure to take pictures because it will likely be gone the next day. Cadillac Ranch is open to the public at all times of the day, but we recommend going when the sun is still up.