Everything You Need to Know About Texas Barbecue 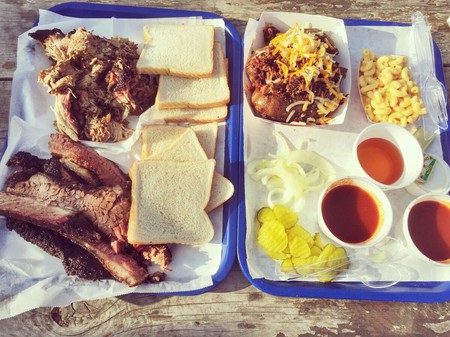 Everything’s not just bigger in Texas – everything’s a bit different too. Barbecue, one of Texas’s signature pride points, is no exception.

Long before Texas was a state, Caddo Indian, Spaniard, and Mexican residents cooked game, goat, and lamb. Pits came to Texas in the 1800s, spurring the first large group barbecues that fed the masses on holidays. One of Texas’s longest-running barbecue traditions began during this time and is still celebrated the same way today – Juneteenth, the celebration of the emancipation of 250,000 slaves in the state.

Beef became the most common meat in Central Texas after the Civil War, which began differentiating it from the rest of Southern barbecue, which focuses more on pork. Czech and German settlers came in masses to Central Texas in the mid to late 1800s and brought with them the European style of smoking meat in enclosed smokers. As stricter sanitation regulations put the kibosh on Southern-style traditional pits, the style of barbecue that most people denote as Texas barbecue was born.

Though this type of barbecue is the most well known, Texas is so large that even the different regions of the Lone Star State each have their own specialties.

East Texas barbecue is most closely related to traditional Southern barbecue, served up chopped rather than sliced and usually as a sandwich. The region’s pitmasters use both pork and beef heavily, with pork ribs in place as the signature, travel-for dish, cooked slowly over wood so that the meat falls off the bone without much coaxing. The sauce is a key component in East Texas barbecue. It is thick, tomato-based, slightly sweet, and often mixed or paired with plenty of hot sauce.

Make your way to East Texas for these spots: 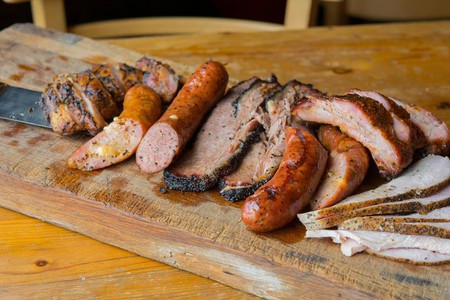 When you think of Texas barbecue, you’re likely picturing the style of barbecue made famous in Central Texas, including Austin and surrounding areas, though you can find it in nearly every other corner of the state as well. Central Texas BBQ is dry rubbed with spices, though mostly just salt and pepper at many spots, and smoked rather than put directly on the grill. Mesquite, oak, and hickory wood fires burn at a low temperature, slowly cooking the meat to the peak level of tenderness, sometimes for up to 24 hours.

The sauce is thinner here than in other areas of the U.S., and the focus is all on the meat you order by weight. Competition is often fierce to get your share of the end result. Many spots open at 11 a.m., but lines start forming at the most popular joints, like Franklin Barbecue in Austin, by 8 a.m. every morning. Even if you don’t arrive at 8 a.m., do make sure to plan on lunch rather than dinner. Most places sell out and close in the early afternoon by 3 or 4 p.m. 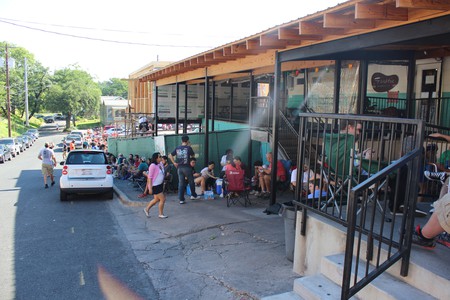 Why are people waiting hours for a meal? The brisket. When you order, you may be offered a choice between “lean” or “moist.” Moist pieces contain more fat, making them richer and more buttery. Lean brisket is brag-worthy as well – but moist brisket will change your idea of what you thought barbecue could be. Don’t skimp on sides to accompany your meat; bread and condiments usually come along for free so that you can make your own sandwich, but mac and cheese, loaded baked potatoes, potato salad, and banana pudding are extremely worthy extras. 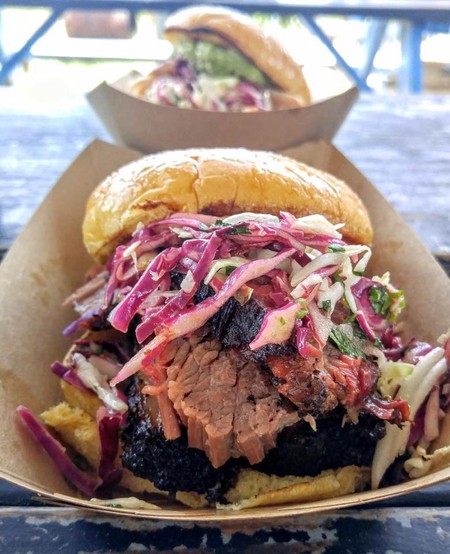 Try these joints in Central Texas: 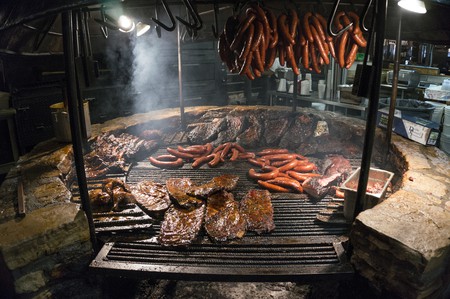 Mexican culture heavily influences barbecue in South Texas. Ranchers of the past would pay Mexican ranch hands in pieces of low-quality meat as part of their compensation, which spurred the beginnings of some of Tex-Mex’s most popular dishes. Fajitas were made from the diaphragm of the cow, the tongues were used for lengua burritos and tacos, while the cow’s head was turned into what you likely know as “barbacoa,” often served up in tacos. Traditionally, entire cow heads were uniquely slowly cooked in an underground pit, but health measures have since banned the practice – except for one location, Vera’s Backyard Bar-B-Que in Brownsville. 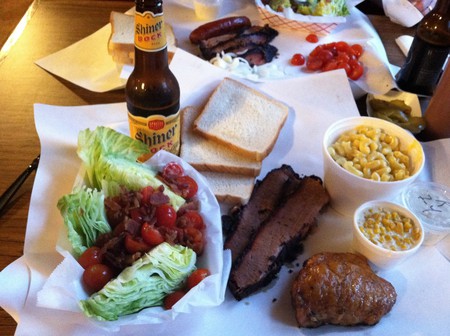 South Texas spots worth stopping at: 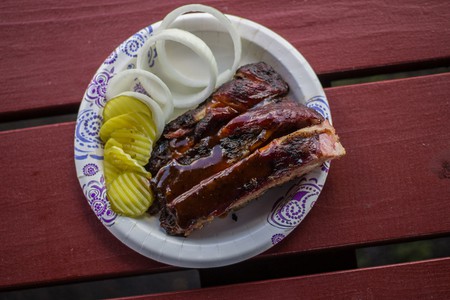 West Texas-style barbecue is cooked closer to the flame over mesquite wood, a closer cousin to traditional grilling. A wider and more unique mixture of meat is often cooked, such as mutton and goat, along with the standard beef, which started with the area’s earlier inhabitants, Native Americans and cowboys. Admittedly, the area is much less of a barbecue destination, but it is a great area for many other reasons, and it has its gems of great BBQ worth seeking out on your trip west. 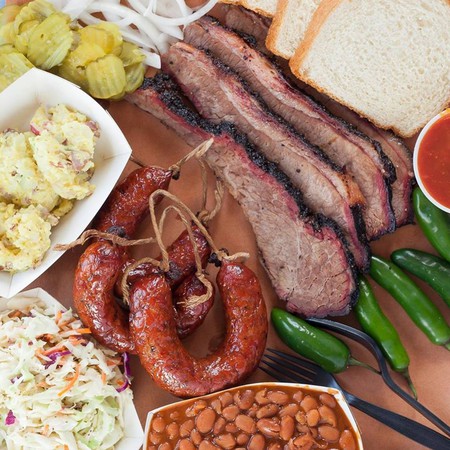 Courtesy of Come and Take It BBQ
Give us feedback