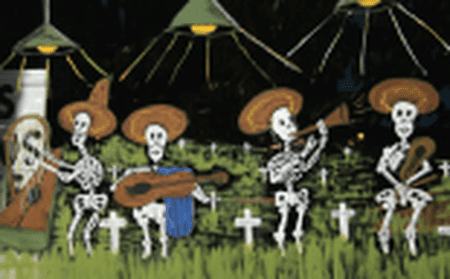 Everything is bigger in Texas. Bigger, brasher, bolder. The Lone Star State’s four major metropolitan areas: Dallas, Houston, Austin and San Antonio anchor the state’s cultural calendar with world-class art exhibitions, festivals and fairs. We take a look at Texas’ packed calendar of events this fall and winter to highlight some of the best events in the state. 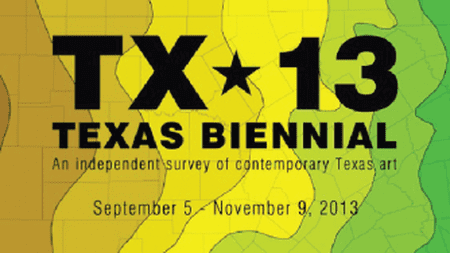 Celebrating its 5th anniversary in 2013, the 2013 Texas Biennial will be held at the Blue Star Contemporary Art Museum in San Antonio. In conjunction with the main exhibition, performances will be held at the University of Texas at Dallas and a selection of works by past Biennial artists will be exhibited in Houston and Austin. The Texas Biennial is the preeminent platform for showcasing contemporary art in Texas, seeking to define a distinct Texas history of art. For two months, visitors can see the latest works by emerging Lone Star artists working in a range of media, from abstraction to performance. Founded in 2005 by Austin artists, the Texas 13 Biennial boasts of being one of the most independent, non-commercialized art fairs in the country. 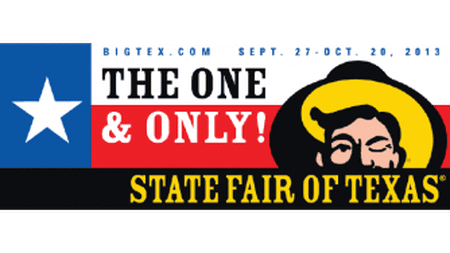 First held in 1886 as the Dallas State Fair and Exposition, the State Fair is the preeminent celebration of the spirit of Texas; over 24 days, visitors are welcomed to entertainment, exhibitions, competitions and an unceasing supply of deliciously, high-fat, artery-busting fried foods that are ever more bizarre. From Deep Fried Twinkies to Deep Fried Nutella and even Deep Fried Thanksgiving Dinner — the deep fat fryer never stops at the State Fair of Texas. The State Fair is also home to the Red River Rivalry, the annual football rivalry between Texas and Oklahoma. In true Texas spirit, the State Fair also boasts of the largest Ferris wheel in North America as well as the 16m tall Big Tex statue which towers over visitors. Although Big Tex caught fire during the 2012 fair, a restored version is slated to greet visitors at the 2013 fair. 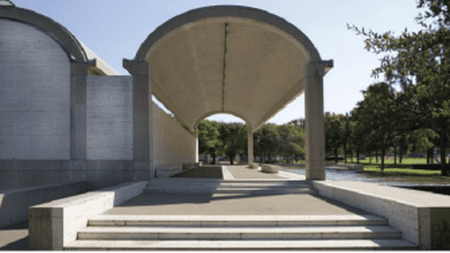 Art | The Age of Picasso and Matisse: Modern Masters from The Art Institute of Chicago

One hundred years ago, the International Exhibition of Modern Art, better known as the Armory Show, stunned and electrified the art-viewing public in America with a showing of the latest modern art trends in Europe, which was undergoing rapid stylistic transformation and upheaval. Whereas American art remained overwhelming Realist and representative in style, in Europe, since the fin-de-siècle, art movements were ever more experimental, marking a break from the past. Post-Impressionism, Fauvism, Cubism, and Futurism showcased the avant-garde art of Europe, heavily influencing the development of modern art and abstraction in America. This fall, the Kimbell Art Museum brings some of the iconic artists of the 1913 Armory Show to Texas, including works by Picasso, Matisse, Braque, Kandinsky, Malevich, and Dalí in a centennial celebration of the long-lasting legacy of the first Armory Show. 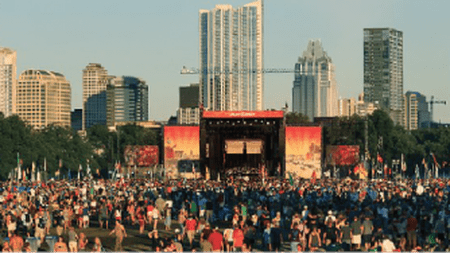 Austin is the cultural hub of Texas. Trendy and hip, the unofficial motto of Texas’ quirky capitol city is ‘Keep Austin Weird’; Austin is also the self-dubbed ‘Live Music Capital of the World’. In addition to its many live music venues that showcase a regular program of performances, Austin’s claim is anchored by two major music festivals — South by Southwest (SXSW) in the spring and Austin City Limits Music Festival (ACL) in the autumn — which bring a roster of acclaimed national and international acts to the city. Depeche Mode, Muse, Arctic Monkeys, and Kings of Leon are just a few of the groups that form the lineup for the 2013 ACL Festival. In addition to live music and stages across the city and Zilker Park, the ACL Festival is also an excellent place to pick up some of the best eats in Austin, from Amy’s Ice Cream to Chilantro’s Korean BBQ tacos and Coolhaus’ made-to-order ice cream sandwiches. 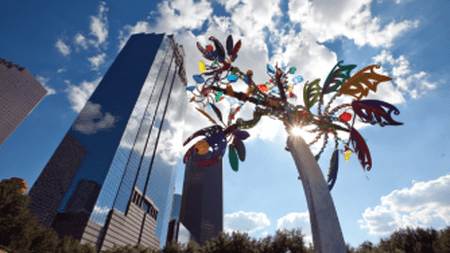 The biannual Bayou City Art Festival held in spring and autumn in Houston celebrates the city’s local artists and foods, offering visitors a chance to see the best of the city. Formerly the Westheimer Colony Art Festival, the festival originated as an arts and craft fair in 1971 and has since grown to become not only a city-wide but state-wide art attraction for the state’s art aficionados. 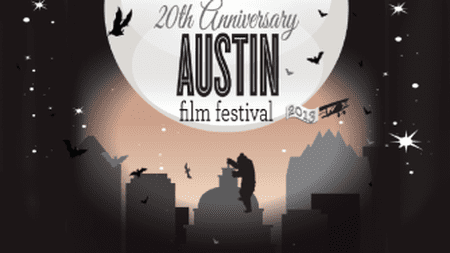 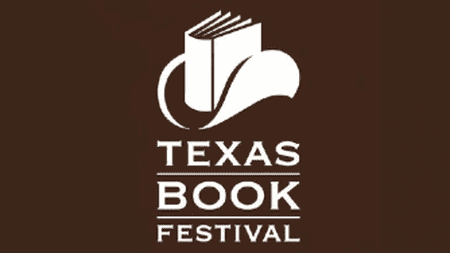 The Texas Book Festival held in ultra-cool Austin is the preeminent book event in the state, and has grown to become one of the biggest book fairs in the country. Held at regal Texas State Capitol in Downtown Austin, the Texas Book Festival celebrates literacy and literary creativity in Texas; the Festival also showcases the works of home grown talents from Texas. Each year, some 250 authors attend the Festival, which features authors’ talks, readings, discussions, book signings, live music, local food, entertainment, and more. 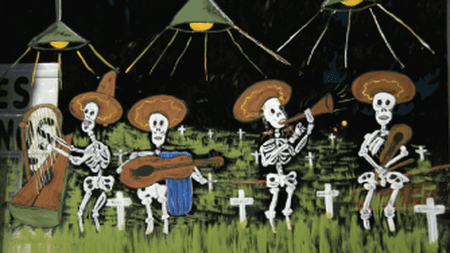 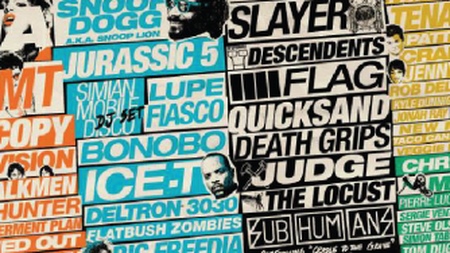 Fun Fun Fun Fest, an exuberant celebration of music and music-making, burst onto Austin’s already rich cultural scene in 2006. Since then, the festival has expanded to include not only a highly coveted musical lineup, but also comedy acts, local food, action sports and poster art exhibitions. Relaxed and laid-back in the spirit of Austin, the Fun Fun Fun Fest is one of the top spots to find the most independent, off-mainstream, pioneering musicians and performers in the country. Acts that have performed at FFF include Weird Al Yankovich, MGMT, Spoon and Public Enemy. 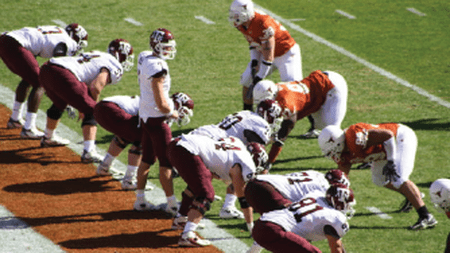 Whereas Macy’s Thanksgiving Day Parade in New York is the largest and most established in the nation, Texas puts on its own celebrations including the Chuy’s Parade in Austin and the Sun Bowl Parade in El Paso. In Texas, Thanksgiving Day is not only a time for family, food, and giving thanks, but also the most anticipated day of the year for, of course, football. On Thursday Game Day, major college football rivalries are played out on football fields across the state. In particular, Thanksgiving Thursday was the day of the much-anticipated Texas-Texas A&M game, which began in 1894 and ended in 2011. Although the rivalry has ended, the legacy may live on — in law. In 2013, a Texas legislator filed a bill to require the two rival teams to continue to play each other every autumn. Only in the fine state of Texas.