The Best Places For Craft Beer In Corpus Christi, Texas

Tap Handles | Courtesy of Tapology Texas Pub
Beer lovers all over the Coastal Bend know the best way to beat the Texas heat is with a cold brew. Corpus Christi has a growing number of craft beer venues, from outdoor patios with tasty food that complements hoppy IPAs to comfy lounges meant for enjoying rich chocolate stouts. Top your pint glass off with something new from one of the following Corpus Christi hangouts.

Bar, Pub Grub, $$$
Open daily, with 40 craft beers on tap, Tapology Texas Pub isn’t the joint to come to for just a Bud Lite. Knowledgeable bartenders will help craft beer newbies find their ‘gateway beer’ and assist aficionados in choosing something new. Ever had a beer from a nitro tap? Tapology Texas Pub can pour several out, nitrogenated beers take on a creamier texture and have an enhanced malt flavor. Take it outside to the smoke-friendly patio and lose track of time; the outdoor space was made for unwinding and meeting new friends.
More Info
Open In Google Maps
4334 South Staples Street, Bay Area, Corpus Christi, Texas, 78411, USA
+13613340413
View menu
Visit website
Visit Facebook page
Send an Email
Give us feedback

Beer and pizza are a match made in barley heaven. B&J’s Pizza boasts two locations in Corpus Christi, one that even brews its own beer! An over-sized cooler of beers from around the country (and the world) is a staple at B&J’s S.P.I.D location, a perfect complement to the gooey, melted cheese and airy, soft dough. Prefer a draft over a bottled brew? B&J’s carries an eclectic collection of beers on draft. Regulars can keep tabs on the sours and saisons they’ve downed by joining the Beer Club and earning prizes for every 25 distinct beers tried.

Beers of the World Refrigerator Courtesy of Ted Silva III

Bar, Pub Grub, $$$
Courtyard Entrance | Courtesy of Executive Surf Club
Beer-craving taste buds will be fully satisfied at this Downtown Corpus Christi locale, which combines a dive bar and a casual burger spot. Established in 1990, Executive Surf Club hosts live bands and offers over 30 craft beers daily. Pull up a seat at a surfboard shaped table or down your lager at the bar. Generous food portions will keep even the light-weights from missing out on the vast selection of local and national craft suds. Tuesday is ‘pint night,’ so beat the mid-week slump with an order of beer-battered fries and a $2 brew.
More Info
Open In Google Maps
306 North Chaparral Street, Central City, Corpus Christi, Texas, 78401, USA
+13618847873
View menu
Visit website
Visit Facebook page
Send an Email
Give us feedback

Lorelei Brewing Co, the newest microbrewery in Corpus Christi, is a space you can bring the whole family to, including the dog.It is home to the quintessential beer garden with plenty of comfortable seating, giant Jenga, and live tunes. Find serenity while savoring a Buxom Blonde Ale or start the weekend off right with a Breakfast is the Most Important Meal of the Day Oatmeal Stout. Make sure to step inside as well, details abound in the hand-crafted stools and tables, and if your timing is right, you can watch the brewmaster work through an over-sized window. 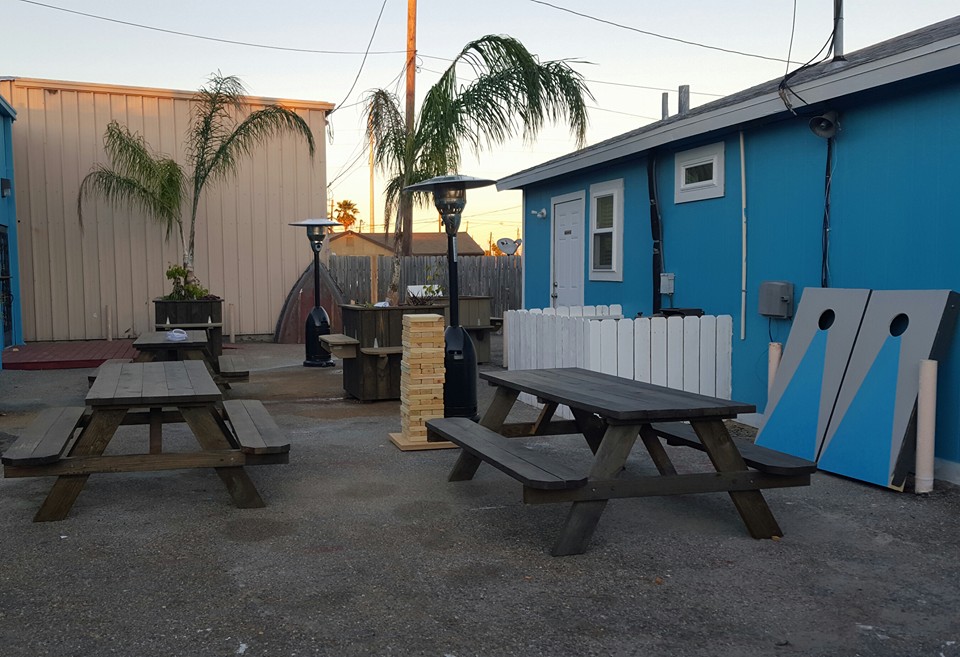