A Brief History Of Tex-Mex Cuisine 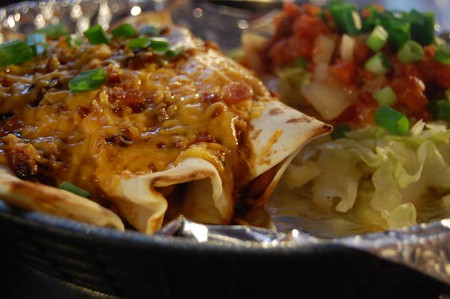 Texas is crazy about Tex-Mex and for good reason. The delicious flavors of fajitas, nachos, and chili con queso were created in Texas and have been a feature of Texan culture since the late 1800s. Today, Tex-Mex cuisine is enjoyed all over the United States, as chain restaurants like Chili’s and Chipotle have made it accessible beyond the borders of the state. Despite its popularity, Tex-Mex wasn’t always the respected culinary treasure it is today. Read on to learn about the long history of Tex-Mex and its rise to popularity in the United States. 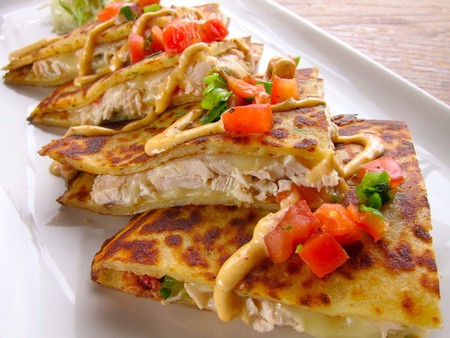 The history of Tex-Mex is closely tied to the history of Texas. Spain invaded Mexico in the early 16th century and began setting up colonies all over the area previously home to the native population. Over the next couple of centuries, Spain would introduce their own economic system, religion, and customs to present-day Mexico. The culture that emerged was a combination of Native Mexican and Spanish culture. By the time Mexico became independent of Spain in 1821, the native cuisine had evolved to incorporate ingredients and recipes brought over by the Spanish.

Texas declared its independence from Mexico in 1836 and became a part of the United States in 1845. As a part of the United States, new spices and foods became more readily available. Cheddar cheese, beef, wheat, and cumin were introduced into traditional Mexican recipes by Tejanos (Texans of Mexican descent) cooking in their own homes. This gave rise to wheat tortillas, nachos, chili con carne, burritos, and barbacoa. These new recipes entered restaurants and gained popularity as Mexican food.

The term ‘Tex-Mex’ wasn’t originally created to describe the cuisine. Tex-Mex was first used as an abbreviated name for the Texas Mexican Railway that began operating in South Texas in 1877. The term was later used by some to describe Tejanos, and later still, the term spread to Tejano cuisine. In 1972, English author Diana Kennedy wrote a Mexican cookbook where she called Texas’ Mexican food unauthentic. She referred to it as Tex-Mex and popularized the term. While she meant it negatively, this categorization actually gave the cuisine legitimacy in the US. Tex-Mex was now viewed as American cuisine and gained a new level of respect. 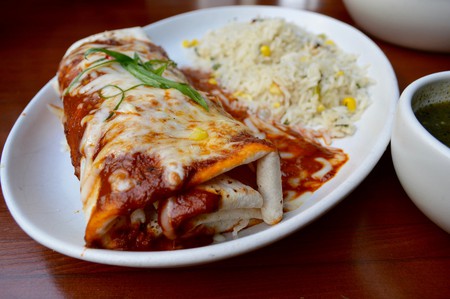 Today, Tex-Mex can be found around the world. Some Tex-Mex dishes still parade under the guise of Mexican food, but there are tell-tale differences that distinguish the two. If it has black beans instead of pinto beans, it’s Tex-Mex. Mexican burritos are small with few ingredients, as opposed to the giant, jam-packed burritos you create at Chipotle. Chimichangas? Tex-Mex. Those quesadillas with all of the toppings are a Tex-Mex twist on the simpler tortilla-cheese-tortilla Mexican quesadilla.

When in Texas, try the Tex-Mex. If you’re not sure where to start, we have a few recommendations.