9 Epic Places in Dallas Every Local is Proud Of 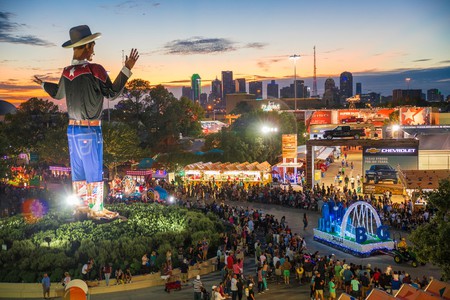 Deep Ellum is a historic neighborhood in Dallas that has long been the musical heart of the city. Today, it’s filled with diverse restaurants with cuisine from all over the world. There’s galleries along many of the streets, as well as rotating murals on the sides of buildings that are engaging and colorful. Music still plays a big role in the bars, clubs, and venues with live shows available every night of the week. Whether it’s a month-long literary festival, a wine walk, or the beloved arts festival that Deep Ellum holds each year, Deep Ellum is a neighborhood where Dallas locals of all backgrounds feel at home. 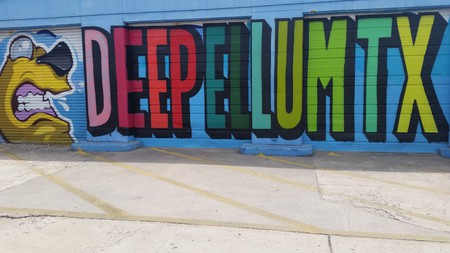 If there’s anything that Dallas is especially proud of, it’s the Texas State Fair. The Texas State Fair is one of the longest running fairs in the country and it goes big in terms of events, activities, and food. Dallas locals love bringing newbies to the fair to gawk at Big Tex, the 55-foot (16.67 meter) tall greeter. They love introducing outsiders to Texas fair food like fried Oreos, gigantic turkey legs, and Frito Chili Pie. Whether it’s through the concerts, or a ride on the iconic Ferris Wheel, the Texas State Fair is cemented in the hearts of Dallas locals.

Bishop Arts is a small, quaint street home to charming independent boutiques and chic or homey dining establishments. A day spent perusing antiques in a renovated brick building or looking through charming home goods in a renovated house is easily done in Bishop Arts. This cute neighborhood has attracted Dallas locals who crave a community vibe in a city that’s so spread out.

Dallas locals are like other Texans — they pride themselves on being bigger and better, and they are too excited about the future of the Trinity River Corridor. The Trinity River Corridor Project is set to turn the Trinity River Corridor into a 10,000-acre (4,046-hectare) urban park that will be 11 times the size of Central Park in Manhattan. As of now, this project has created biking trails, a bridge, a horse park, and a community center. In the future, restaurants, shops, housing, and offices are to be built along the park. While the park will take many years to complete, Dallas locals are already excited about what this park will mean for their city.

Dallas locals love their Cowboys — the Dallas Cowboys that is. Whether they are winning or losing, Dallasites are happy to visit the new AT&T Stadium, a true masterpiece of technology, architecture, and ingenuity. Not only does it have a collection of art that could arguably be placed in any major museum, but it’s home to one of the largest HD videoboards in the world. Dallas locals will be glad to tell you about the retractable roof, how the stadium can seat 100,000 people, and is home to America’s football team (which they’ll argue is the best). 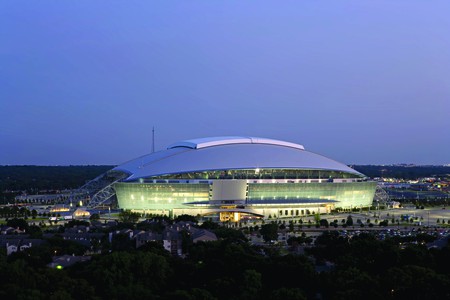 Though the Dallas Farmer’s Market has a history that dates as far back as 1941, it has become an integral aspect in the fabric of the city, cementing itself as a Dallas local favorite. Today, it includes an open-air pavilion with farmers, vendors, and artisans and an indoor market hall. They’ve added a set of lofts and have plans for sports fields and other community-driven aspects. Dallas locals love to visit on the weekend to buy fresh produce, engage in festivals and events, and connect with their neighbors in a wholesome way.

While Texas doesn’t have the best history with LGBT issues, Dallas has long been proud of Oak Lawn, or their “gayborhood,” as it’s lovingly referred to. Established in the 1970s, Cedar Springs Road in the Oak Lawn neighborhood is an upscale district that has clubs, bars, and establishments that cater to the LGBT community. Every year, the North Texas LGBT scene and Dallas allies march together during Pride, a march that first happened in 1972 in Dallas. It’s also home to the Cathedral of Hope, the world’s largest Christian church that caters to the LGBT community. In Oak Lawn, Dallas locals and visitors are welcomed and accepted no matter who they love, and that’s something the city is proud of. 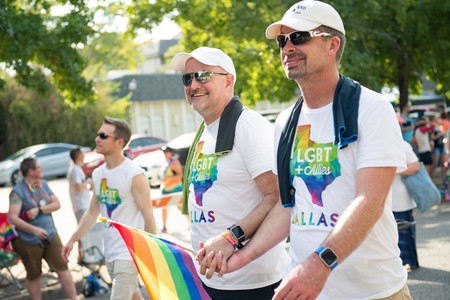 Dallas locals are extremely happy to show off their downtown skyline, as it was voted the best skyline in the world by USA Today readers in 2014. Yet, Dallasites are now quick to point travelers to their downtown to explore. Whether it’s by visiting the Arts District, the Reunion Tower, or Dealey Plaza where JFK was assassinated, staying in one of the cool, hip hotels like The Joule or the Statler Hotel, or having lunch at YO Ranch Steakhouse in the West End, downtown is definitely a place to be and Dallas locals love that.

Texans love lake days, and with that in mind, it’s no surprise that Dallas locals are happy to have a beautiful lake in their city. White Rock Lake is often at the epicenter of weekend fun in Dallas. Whether it’s walking the dog, biking, or laying in a hammock for hours and watching the sun move along the reflective surface, it can all be done at White Rock Lake.