10 Street Artists From Texas You Should Know 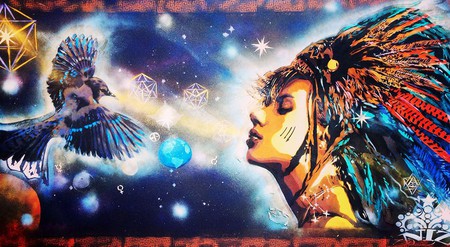 Texas‘s street art brings flashes of color and inspiration to otherwise industrial skylines and natural spaces. Check out these 10 street artists from the Lone Star State bringing art to its streets and alleyways.

Roshi K. seeks to bring elements of various cultures, natural elements, and the vibrations of each city she works in into her art. She is currently based in Austin but has traveled to various festivals around the country to create large-scale public exhibitions, including pieces for Art Basel in Miami and Bonnaroo in Tennessee. She also has a love for Japanese culture, history, and anime, and has created work across the Pacific as well. 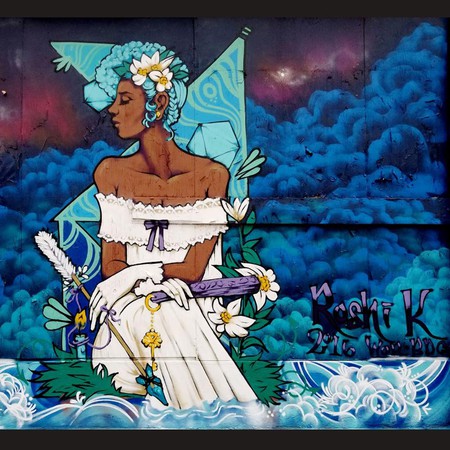 Mike Johnston, also known as TRUTH, seeks to bring joy to the masses through his street art. He loves to paint on random objects he finds or giant, bare concrete walls. He spent four years living overseas in Asia and the Middle East with his wife and credits these experiences to really shaping his current creative process. Mike says the other biggest influences on his work and life have been comic books, “Jesus Cristo,” and other street art he sees and admires. 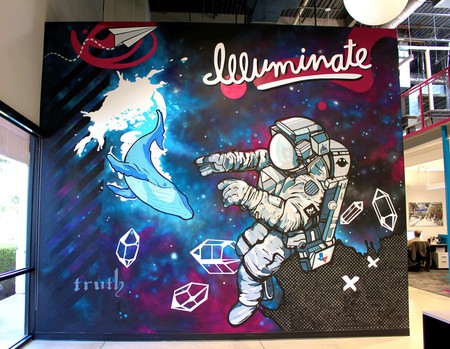 Austin-based ZuZu Perkal appreciates many types of art; in addition to being a painter, she is a photographer, certified yoga teacher, graphic designer, and all-around extremely involved community member. Her murals are vivid, invigorating, fun, and expressive, using bright and contrasting colors and intricate lettering patterns, which often features motivational terms like “fearless,” leaving a lasting impression. 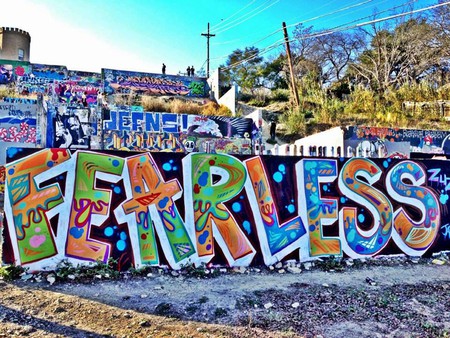 Bradford Maxfield is an Austin-based “visual problem solver.” His work focuses on high-level conceptual design, custom lettering, and bright illustrations. El Paso’s southwestern culture had a heavy emphasis on his creative style growing up, and he often incorporates vivid colors and ornate details suggestive of the Mexican culture he grew up around. He started his professional art career in 2004 at a national advertising firm, before he transitioned to the fashion industry in 2012. He is currently working on a 100-foot (30.4-meter) mural with 3D cutouts for a hospital back in his hometown. 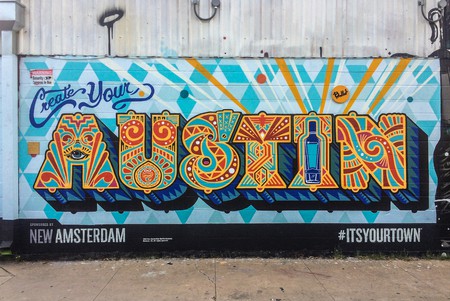 Niz‘s art evokes themes of nature, mystic, and human nature. Her initial interest in skateboarding and hip-hop effortlessly translated to large-scale murals. She seeks to mimic the vibrant colors found in nature in a “mythical photorealism” style using aerosol, stencils, and thinned and watered-down house paint. “My goal is to connect emotionally and spiritually with my audience and to shed light on the dynamic nature of many of life’s mundane moments,” Niz said.

Anat Ronen began her art career doing only commissioned pieces, but an invitation to paint a museum exhibit mural in 2013 changed everything. She became much more aware of her role as an artist to create art for the people and discover something new in each project. She is based in Houston and teaches street art classes, in addition to having a long list of impressive mural clients, including Disney®, the Houston Zoo, Neiman Marcus, Dr. Pepper®, and multiple local businesses. 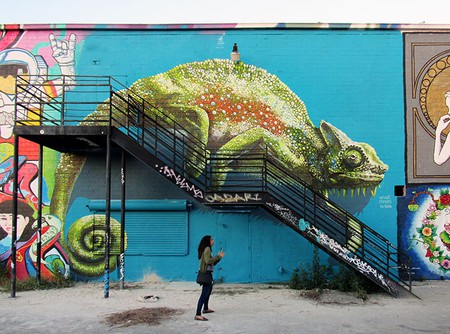 Born and raised in Houston, Annavy Nguyen is an artist who has been “drawing since the first day out of the womb.” She started drawing dinosaurs as a kid, and her simple and childlike wonder has remained in her colorful, cartoonish, and imaginative street art today. She also creates commissioned pieces and enjoys bringing customized creativity to people’s businesses or homes. 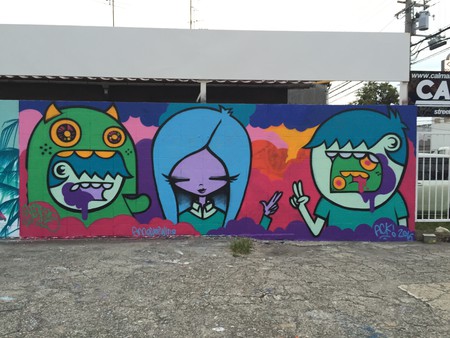 Kirk “Noir-1” Garnett is a Dallas-based graphic designer, painter, and graffiti artist. Kirk grew up in Chicago seeing neighborhood murals and painted rooftops as he rode the train each day, which is what initially sparked his love for graffiti. In high school, he began taking the time to study and develop his art and also grew his interest in hip-hop culture, which influences his work. Kirk is a member of the legendary Ex Vandals and the Bronx Boys Rocking Crew and also works with other local Dallas artists to plan events like Go Paint Day Dallas and the Urban Chatter Art Show Series.

Briar Bonifacio uses simple concepts and flat tones to evoke nostalgia and renewed joy in light-hearted humor and the simple things in life. His murals grace the expansive sides of local businesses around Austin, featuring whimsical food puns and deceivingly deep contemplations by rainbows and cartoon animals. If you ever catch a suspicious-looking tree smiling uncertainly at you on the east side, you’re sharing a moment with one of his oldest works. 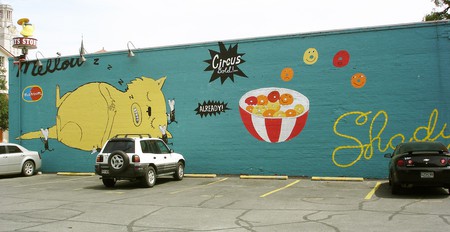 Austin artist Big Bunce Art brings comic relief to the people through his sharp, dry, and comically peculiar pieces. His pet rat sprouting angel wings on its way up to the afterlife, a “cool AF” snowman, the Austin version of supervillain Bane, and a fish who is experiencing an awkward moment after dropping a punchline interject a little bit of relatable and welcomed dark comedy into the days of passersby.