10 Reasons You Should Visit Fredericksburg, Texas 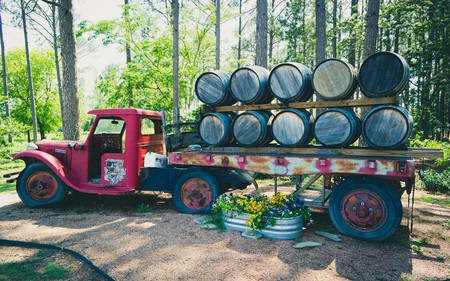 Located just over an hour away from both San Antonio and Austin, Fredericksburg is a perfect getaway for when you want a break from the bustling city life. Take a trip back in time with these 10 reasons to visit this Texas gem.

There are several antique shops in Fredericksburg boasting antique furniture, signage, and art for your viewing and purchasing pleasure, including Lone Star Antique Mall, Red Baron Antique Mall, and Carol Hicks Bolton Antiquités Labortoire de Design. Bring home a souvenir that is sure to be one of a kind, from rare coins to antique books. 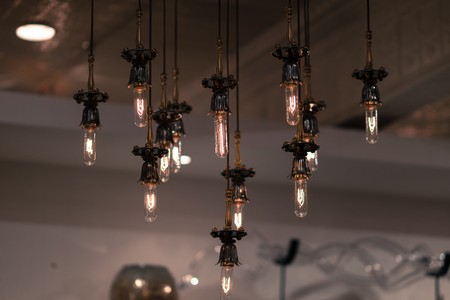 Fredericksburg is a great place to escape it all, and what better way than with a day at one of the many spas the area has to offer. One notoriously peaceful location is the spa at Hoffman Haus, a local bed and breakfast. Located at the end of a garden path, Hoffman Haus’s cottage spa is where you can get revitalized with a suite of massages to choose from, as well as body wraps, skin scrubs, and facials.

There’s no shortage of buzzy beverages to sample in Fredericksburg. Take a trip down the Fredericksburg Wine Road 290 to check out your choice of 15 local wineries. Each winery has something special to offer, and many of them pair up with restaurants to hold tasting events. If you’re more of a beer person, Fredericksburg Brewing Company and Pedernales Brewing Company aren’t far away, and there are also multiple whiskey and vodka distillery tours you can take on if you’re somehow still standing.

Due to the mass immigration of German and Spanish settlers during the 1800s, Fredericksburg has unique influences on its dining options that you won’t find as rampant in the nearby major cities. Along with upscale selections, such as V Supper Club at Vaudeville and August E’s Restaurant, there are plenty of casual options and markets featuring Texas beef and traditional German fare, such as Otto’s German Bistro. 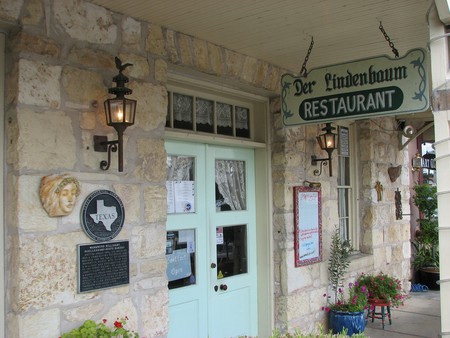 The German settlers also influenced Fredericksburg’s music, with the introduction of the German accordion to Tejano music back in the 19th century. You can catch live music at the many fairs and festivals in the city year-round, but it’s especially easy during Oktoberfest. Oktoberfest takes place in downtown Fredericksburg and celebrates the town’s historic German heritage through food, beer, and entertainment, including live music acts.

Fredericksburg is located in the Texas Hill Country, a region known for rugged hills, caverns, and rivers. It’s called Texas’s “gateway to the west” as it offers a gentle change from the fields and trees of the east to the abrupt canyons of the west of the state. It also boasts the largest amount of Texas wildflowers during the spring, making for a lovely drive during this time of the year especially.

One such scenic location worth stopping at on your drive through the Texas Hill Country is Enchanted Rock State Natural Area. The main attraction is the park’s namesake enormous pink granite rock, but the surrounding area offers plenty of opportunities for camping, hiking, rock climbing, geocaching, stargazing, and bird watching. You can also request a ranger to lead a hike or star party for your group.
Open In Google Maps
16710 Ranch Road 965, Fredericksburg, Texas, 78624, USA
+18306853636
Visit Website
Give us feedback

Fredericksburg is a history buff’s dream. Named after Prince Frederick of Prussia in the 1800s, the town even has its own dialect of German known as “Texas German,” spoken by early settlers who refused to give up their native tongue entirely. The town hosted many types of factories throughout the early 1900s but became known as a tourist destination by 1930. Today, there are multiple museums of interest in the area, including the National Museum of the Pacific War and the Pioneer Museum. 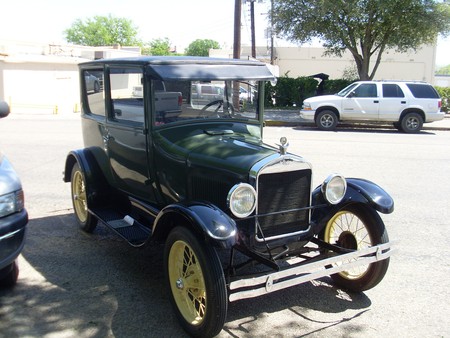 You can catch both horse and dog racing on TV at the Race Barn, as well as make wagers. You can also watch live-action horse racing at the Gillespie Country Fairgrounds during the summer throughout July and August. It also hosts, of course, a fair during August, complete with fried treats, crafts, a pageant, and rides.