10 Most Controversial Statues And Sculptures In Texas 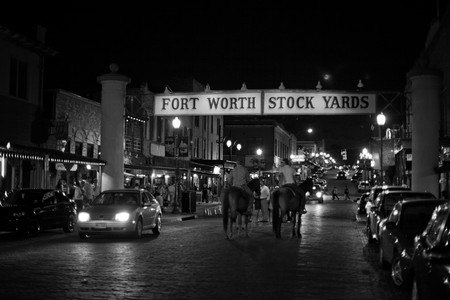 Texas takes great pride in its mixed history and culture. Public art is one way Texas celebrates its past, present, and future, but art is always subject to different interpretations. Whether the original intent was to honor fallen heroes, commemorate an event in history, recapture another time and place, or evoke questions, these statues and sculptures went beyond and became the subjects of controversy.

This 36-foot tall bronze statue of Juan de Oñate resides outside El Paso’s airport. Due to an outcry by Native American groups, the city council left off the Spanish conquistador’s name and simply called it The Equestrian. Oñate’s conquests included establishing a passage through El Paso that led to Spanish civilization moving north. The controversy lies with his treatment of the local Indians, which was so severe that he was tried and punished in Mexico City. The sculptor, John Sherrill Houser, denies creating the statue to honor Oñate but instead to ‘represent a stage in history’ and ‘make people aware of the past.’ 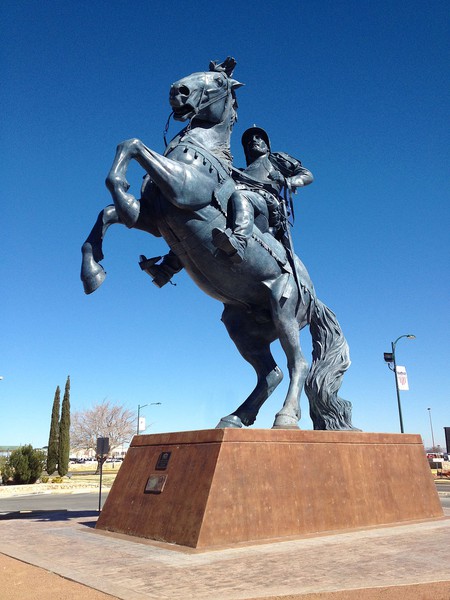 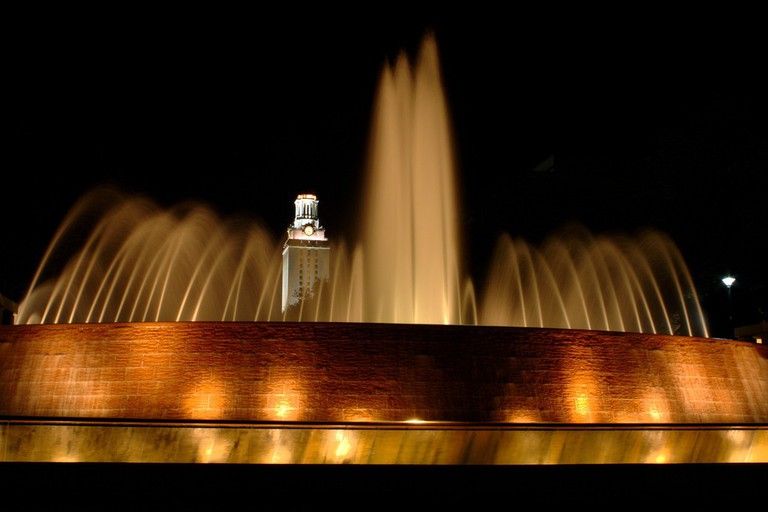 University of Texas | © Kumar Appaiah/Flickr
The University of Texas in Austin faced recent controversy when student government made a resolution to have the statue of Jefferson Davis, former president of the Confederate States of America, removed from the main mall. Jefferson Davis was an outspoken proponent of slavery and state’s rights. While acknowledging the complexity of Davis’ historical significance, UT President Gregory L. Fenves decided to have the statue moved to the Briscoe Center of American History, also located on UT’s campus, where Davis’ ‘unique role in the American South’ can be ‘explained and understood through an educational exhibit.’

At the same time that the University of Texas was removing the Jefferson Davis statue from its prominent place, they also had a statue of former 28th president of the United States, Woodrow Wilson, moved to a different area of the campus. The University claims this decision was made to ‘preserve the symmetry of the Main Mall,’ as the statues stood opposite to one another. Some people believe the decision had more to do with the fact that both statues were commissioned in the 1930s by a former Confederate officer and because Wilson’s family lived in the South during the Civil War and supported the Confederate cause.

Fort Worth decided to pay homage to its Mexican-American heritage by commissioning a statue of a vaquero, the first cowboys on horseback, whose cattle ranching techniques influenced Anglo-ranchers and formed our modern picture of the Texas cowboy. The project installation came to a standstill over one sticking point, though: the gun. Should Vaquero de Fort Worth have one or not? Some historians claimed that carrying a gun was historically inaccurate, but the artists said they did their own research and that the gun should stay. In the end, the statue was installed at the Fort Worth Stockyards with gun intact. 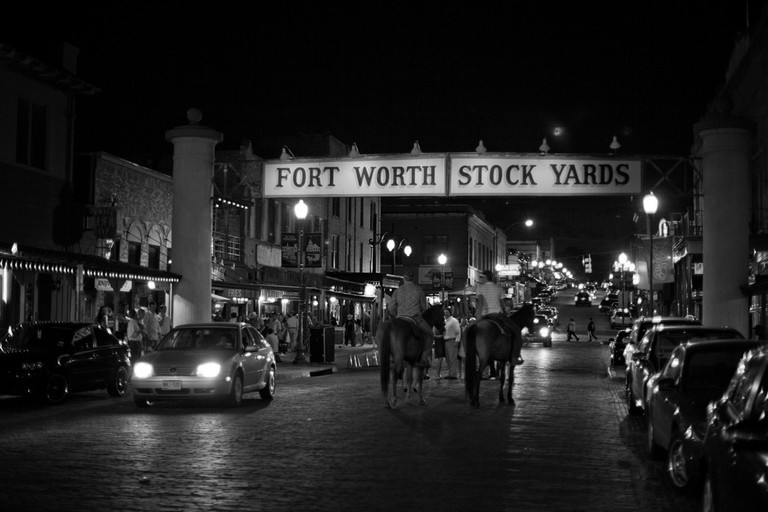 Downtown Austin joined a list of cities to welcome the controversial ‘Homeless Jesus’ sculpture by artist Timothy Schmalz. The sculpture depicts a bronze figure laying on a park bench under a blanket. The face and body are covered, but the feet are exposed and display the markings of the nail-pierced feet of Jesus. Many people are emotionally moved by the statue, which is ‘meant to raise awareness of the marginalized.’ Even Pope Francis welcomed a copy to be placed outside the Vatican. Others find it to be a demeaning depiction and an embarrassment for the city’s image. Schmalz welcomes the reactions and says that the statue is ‘meant to challenge people.’

Texas Tech University in Lubbock purchased a sculpture by artist Tom Otterness called Tornado of Ideas. According to Otterness, the piece uses the image of a tornado of various books, figures, and depictions to represent ‘the extreme right and left so that it would demonstrate the forces that are threatening to tear the country apart.’ Since the piece’s arrival at the school, student groups have organized protests and petitions to have it removed, claiming that it has a liberal bias and does not reflect the values of most students in the school. The University’s public art committee responded by saying that the sculpture is about controversy. 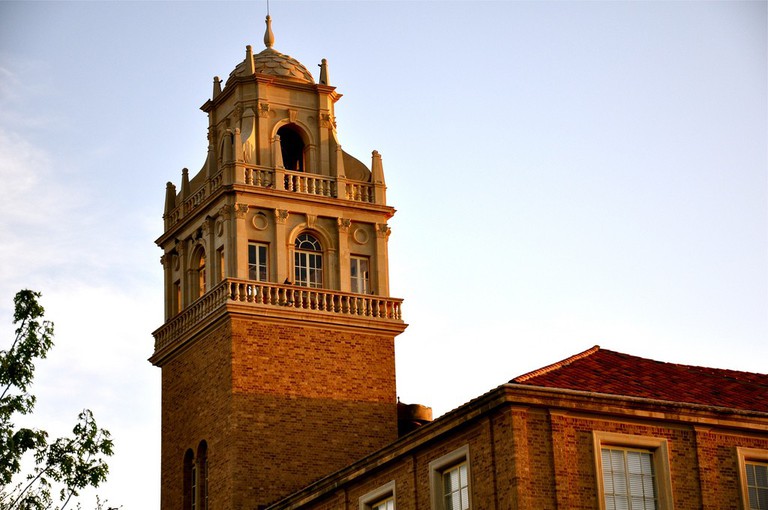 Honoring the 500th anniversary of Christopher Columbus’ discovery of the Americas, a 7-foot tall bronze statue of the explorer was donated to the city of Houston to be erected in Bell Park, though the gift was initially rejected due to claims that the statue could be offensive. Columbus’ legacy has become more mixed in recent years, with credits that he not only opened the New World to European expansion but also enslaved and mistreated native populations and brought disease, animals, and plants that completely changed their way of life. In the end, the City Council approved the statue, and it points the way to the city’s Italian Cultural Center.

In the early 1900s, the United Confederate Veterans teamed up with Irish groups in Houston to raise funds to erect a statue in honor of Confederate war officer Dick Dowling, whose most influential acts during the Civil War included aiding in the recapture of the port of Galveston and driving back Union troops attempting to gain access into Texas through the Sabine Pass. He was initially much praised as a Confederate war hero, but over time his statue joined other Confederate war symbols as objects of critique. Today the plaque on his statue downplays his war contributions in favor of his Irish-American heritage and success as a local business owner. 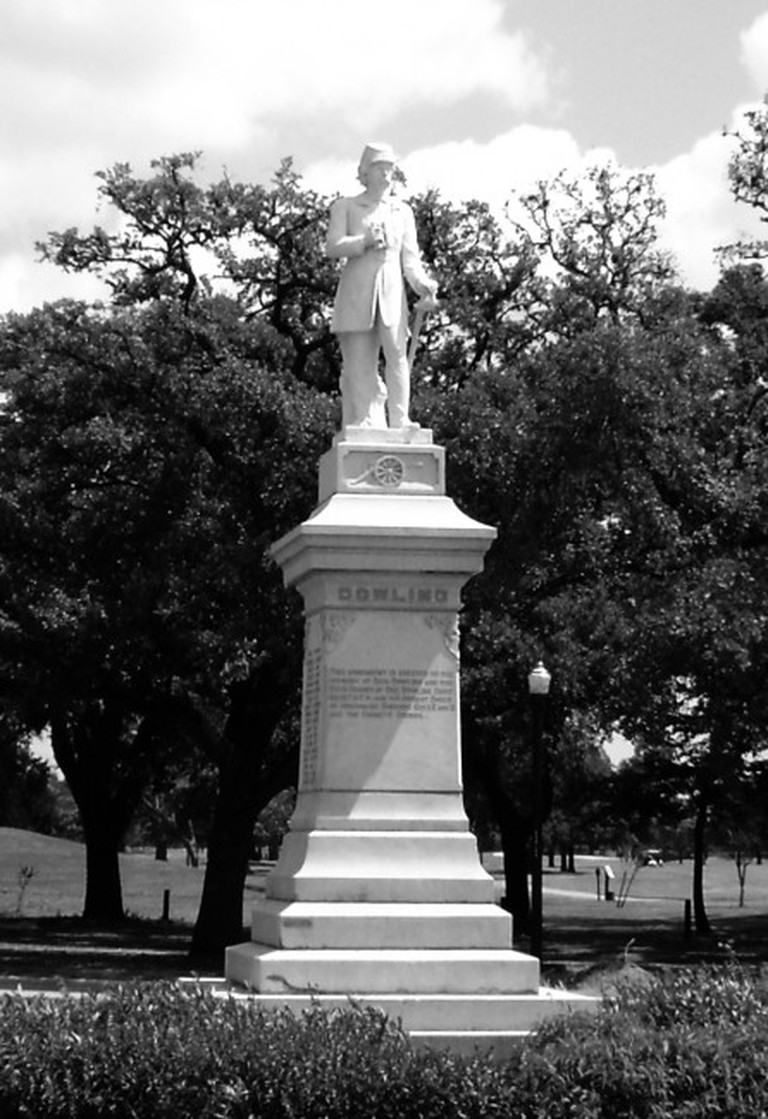 In 2006, the University of the Incarnate Word in San Antonio dedicated a statue entitled Classmates. Almost ten years later, a woman walking across the campus snapped a picture of it with her phone and sent it to some friends with the caption ‘mansplaining,’ a word that entered the lexicon in recent years to describe ‘a man compelled to explain or give an opinion about everything — especially to a woman.’ The image was posted on Twitter and quickly went viral. The University and artist claim there was no sexist intent with the piece, but Twitter users have since posted photos of similar statues from various locations. 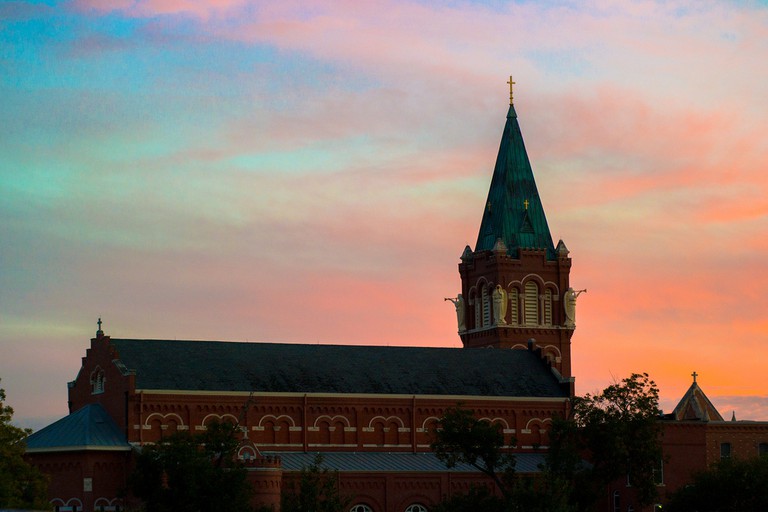 Park
Facebook
Email
Twitter
Pinterest
Copy link
Share
The Arlington City Council already faced a difficult decision about what to do with the gigantic pink granite monoliths, called Caelum Moor, in a private real estate park when ministers from local churches stepped forward to express concerns that pagan groups were using the location as a place for ceremonies and animal sacrifices. Norm Hines, the artist, said it was meant to ‘evoke the feeling of the Scottish Highlands.’ But after developers bought the property in the mid 90s, the rocks were removed and stored until 2009, when they were reconfigured and installed in Richard Greene Linear Park between the Cowboys Stadium and Rangers Ballpark.
Give us feedback