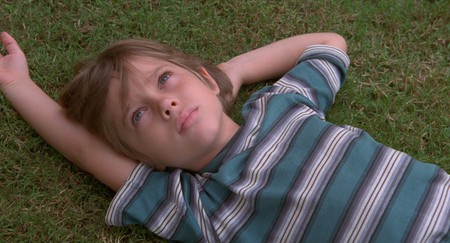 While it’s no Hollywood, Texas boasts its share of great movies and TV shows shot in or showcasing the state. If you can’t make your way down to the Lone Star State soon, you can get your fix by checking out these movies and films that will make you fall in love with the state.

This biopic starring Jennifer Lopez was her breakout role and remains a classic in the hearts of many Texans. It follows the true story of Texas native Selena Quintanilla, a Mexican-American singer who grew up singing in her family band in Lake Jackson and Corpus Christi, before becoming known as the “Queen of Tejano Music.” Her career was cut short at the age of 23 when one of her staff members killed her. The 1997 movie won multiple awards and nominations, including a Best Actress Golden Globe nomination for Jennifer Lopez.

Both the movie and subsequent TV series document the importance and drama of football in small Texas towns. The film follows a high school football team in Odessa, Texas, where football is everything, leading to intense pressure on young boys to perform. Based on a book of the same name – which followed a 1988 Texas high school team as they fought their way to the championship – the film also addresses many social issues facing this small town, including racism and poverty.

Waco has become a destination for DIYers thanks mostly to Chip and Joanna Gaines, the stars of HGTV’s Fixer Upper. The show focuses on their business, Magnolia Homes, through which they help families turn old or rundown houses into beautiful like-new homes through renovation projects, and their eyes for potential in realty.

This classic TV show ran from 1978 through 1991, before it got a reboot for a short-lived continuation from 2012 to 2014. The soap opera centered around oil tycoon J.R. Ewing and his wealthy family, who also lived and ran a ranch in Southfork, Texas, about 25 miles north of Dallas. The show won four Emmy Awards and was one of the longest-running hour-long primetime dramas in the history of U.S. television.

This 2014 film, directed by Austin native Richard Linklater, follows the story of a young boy growing up in Texas until he graduates college. Boyhood made headlines due to the fact that it truly followed the lives of the actors and actresses in it, in that it was filmed over 11 years and used the same cast throughout. It showcases various parts of Texas, including Houston, San Marcos, and Austin, and each part focuses on the cast’s real life experiences as well as what was going on in the world at the time of filming.

Another Linklater film, Dazed and Confused is an iconic coming-of-age story filmed in Austin. It takes place on the last day of school in 1976 when seniors haze the incoming freshmen, and all prepare for a big party that night at one of Austin’s notorious moontowers. The film features many cast members that became stars later on, including Matthew McConaughey, Ben Affleck, and Parker Posey. You can still visit some of the filming locations in Austin, such as Top Notch Burgers in North Austin.

Based on a true story, this 2002 Disney film highlights the story of real MLB player Jim Morris, who quickly gets injured after making it to the big leagues, effectively ruining his career. Dennis Quaid plays Morris, who moves on to coach a high school team, before getting the chance to try once more to live his dream of being a professional baseball player. Most of the movie was shot in north and central Texas and takes place in the fictional town of Big Lake, Texas.

King of the Hill

Though this animated sitcom takes place in the fictional town of Arlen, Texas, it embodies the day-to-day lives many middle-class, small-town Texans have experienced. The show centers around Hank Hill, an average, traditional American living a mundane life selling propane, and his wacky friends and family. It was one of the longest-running shows on Fox before ending in 2010, and it now replays on Adult Swim. Creator Mike Judge also shot his movie Office Space in Austin and Dallas.

No Country for Old Men

Based on Cormac McCarthy’s novel of the same name, this 2007 Coen brothers’ thriller showcases the expansive desert landscape of West Texas. It takes place in Terrell County in the ’80s and follows the story of Tommy Lee Jones as a sheriff chasing down Josh Brolin, a welder who finds a suitcase filled with two million dollars, and Javier Bardem, a hitman also trying to recover the stolen money.

The Tree of Life

Austin-based director Terrence Malick released this experimental drama in 2011, with Brad Pitt, Jessica Chastain, and Sean Penn in leading roles. It reflects on the childhood memories of Sean Penn’s character, Jack, growing up in Waco and becoming disillusioned with the world and seeking the meaning of living through the series of events that have taken place throughout his life.