The Most Beautiful Churches in Nashville 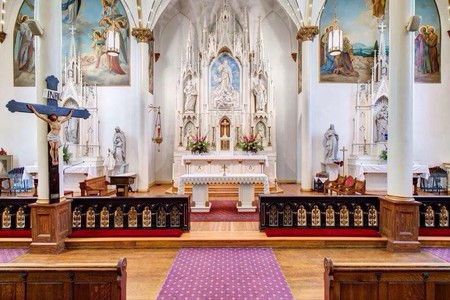 Nashville is part of the Bible Belt, so it should come as no surprise that there are over 700 churches in the area. If you want to know where some of the most beautiful churches are, here’s our guide to the ones that will make an impression on visitors, both inside and out.

Cathedral of the Incarnation

Construction on the Cathedral of the Incarnation began in 1907 and was completed in 1914. With Italianate architecture, the church resembles a Roman basilica. Nashville architect Fred Asmus worked with Bishop Byrne to design the church, which is modeled after Saint Martin’s on the Hill, one of the most famous churches in Rome.

Since it was built, the cathedral has undergone two major renovations, in 1937 and 1987. The first renovation was completed under the direction of Bishop William L. Adrian, and replaced the windows with painted art glass, enlarged the sanctuary and replaced the floors with a composite material. The Angelus prayer was also inscribed on the upper walls under the windows, and an Angelus bell was added to the church tower. The second renovation extended the sanctuary by ten feet, put prismatic glass windows in, gave the church a softer paint color and replaced the floor with tile from Switzerland and Crossville, Tennessee. 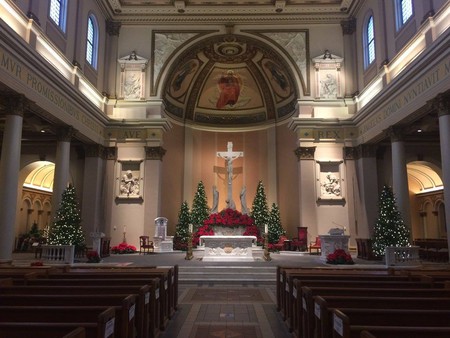 The West End United Methodist Church was originally called West Nashville Mission in 1869. The word “mission” was dropped in 1873. The stained glass window art of the sanctuary is the work of the D’Ascenzo Studios’ glass artists, who worked under the direction of Nicola D’Ascenzo. His work can be found in sacred spaces throughout the United States, including the Smithsonian Institution.

In the 1980s and 1990s, the West End United Methodist experienced major restructuring. The porte-cochere entrance became wheelchair accessible, the chapel was extensively renovated, the cloister garden was redesigned to incorporate the columbarium and the Bowen Library was expanded.

Church of the Assumption

The origins of Nashville’s Church of the Assumption date back to 1859, when Bishop Richard Pius Miles dedicated a simple brick church to honor the Blessed Virgin Mary in North Nashville’s Germantown. Using bricks from Holy Rosary, Fr. John Vogel oversaw construction and in 18 months, the church was completed.

After the Civil War, little remained of the church’s furnishings, and so a restoration began. Windows that depicted the life of Christ were added, as well as 400 lights outlining the Gothic arches of the ceiling. In 1914, Bishop Byrne and German-speaking priests from the Franciscan Order added paintings and stenciling throughout the church, including the images of the Ascension of Jesus and the Assumption of Our Lady that are located over the side altars.

In 1977, the Church of the Assumption was listed on the National Register of Historic Places. To mark the church’s 125th anniversary in 1984, a new copper steeple, a replica of the 1880s design, was added. The space between the church and the school was later converted to a meditation garden designed by a former parishioner, Michael Emrich.

Cathedral, Church
Facebook
Email
Twitter
Pinterest
Copy link
Share
Map View
One of the first Catholic Churches in Tennessee, St. Mary of the Seven Sorrows Catholic Church served as the second Cathedral of the Diocese of Nashville from 1847-1914. Architect Adolphus Heiman, a German immigrant, designed the church using a Greek Revival architectural style. The first Catholic Bishop of Nashville, Richard Pius Mules, O.P., was primarily responsible for the construction of St. Mary church and led Tennessee’s Catholics until his death in 1860. He was buried beneath the cathedral. 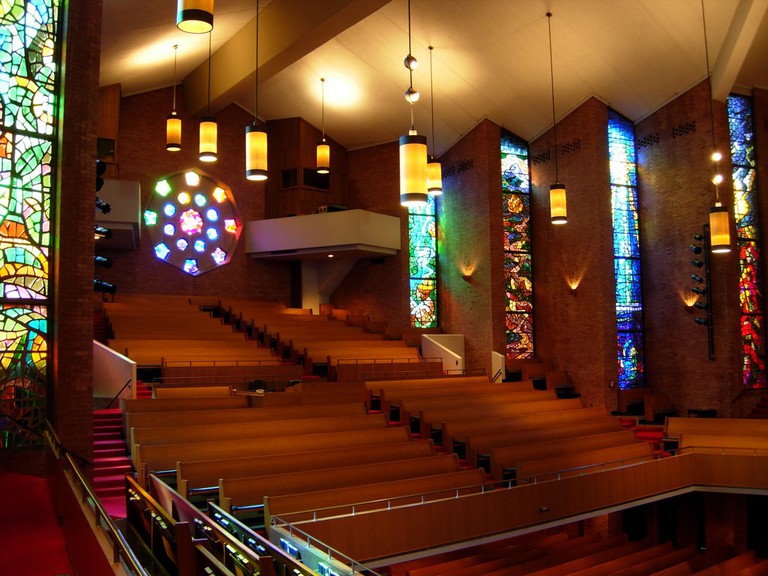 Nashville First Baptist Church | © Nashville First Baptist/Flickr
In 1820, Nashville First Baptist Church was organized in the Davidson County Courthouse. When the Union Army seized the church’s building during the Civil War, it was used for more than two years by soldiers, partly as a hospital. As a result, the interior was ruined. It wasn’t until the 1900s that renovation began. The educational buildings were completed in 1928 and 1955, a remodeled chapel was finished in 1962 and a new sanctuary was completed in 1970. In 1997, a large parking lot was constructed, and in 1999, Nashville First purchased the Nashville Rescue Union Mission property to use for future development.
Open In Google Maps
108 7th Avenue South, Downtown, Nashville, Tennessee, 37203, USA
+16156646000
Visit Website
Give us feedback

Church
Facebook
Email
Twitter
Pinterest
Copy link
Share
Map View
In 1814, the first structure of Downtown Presbyterian Church (called First Presbyterian Church of Nashville at the time) was completed. It was destroyed by a fire in 1832. After rebuilding, it was again burned down in 1848. Philadelphia architect William Strickland was then hired to design the present building.

When it was first built, there were only about 350 members in the congregation, but the church was being built to seat over 1,000 people and ran out of money. It was only in 1880 that the interior was reconfigured and decorated.

In the early 1950s, the church considered leaving the city to move to the suburbs. With encouragement from the National Trust for Historic Preservation, the original downtown location remained and was sold to members who didn’t want to leave downtown. That’s when the Downtown Presbyterian Church was formed, in 1955.

In 2001, on the 150th anniversary, the ceiling and lighting in the sanctuary were redone, the sky panels were restored and the lighting level was increased.
Open In Google Maps
154 5th Avenue North, Downtown, Nashville, Tennessee, 37219, USA
+16152547584
Visit Website
Give us feedback

In 1989, Bishop James D. Niedergeses of Nashville officially decreed the boundaries for a new Brentwood parish, which would later become Holy Family Catholic Church. Thanks to the generosity of the parishioners at St. Philip Parish in Franklin and the Nashville Diocese, nearly 2 million dollars were raised over a three-year period to build the church. Thomas, Miller & Partners was the architectural firm chosen for the structure, which was built on a 25 acre tract of land on Crockett Road.

Expansion and renovation has taken place over the years, with a smaller chapel adjacent to the original worship area added for weekday mass, funerals and small weddings. A parish hall was later added for larger church events and holiday masses, and the church just began recarpeting the floors and pews in 2017. 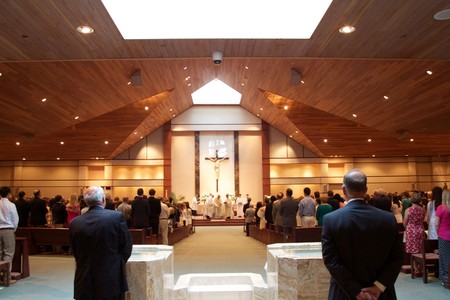 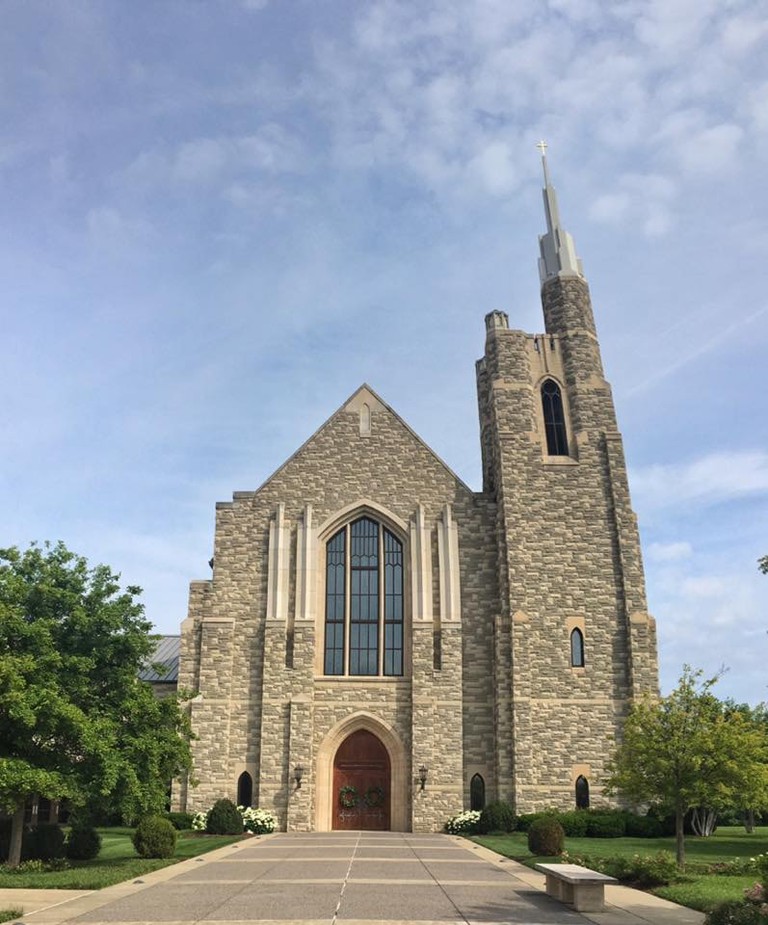 Plans to build the first Episcopal church structure in Tennessee were set in motion in 1830. Construction began in 1889, and the doors to Christ Church Cathedral were opened in December 1894. The Gothic Revival style building is listed on the National Register of Historic Places. The main building was designed by architect Francis Kimball, and the tower by architect Russell E. Hart.

In 1949, J.O. and Mary Wallace organized a small church in the Nashville area of Woodbine. Mary’s brother, Lawson Hugh Hardwick Jr., became the church’s pastor at just 18 years of age. For the first 15 months, Christ Church Nashville existed on a piece of property that it had bought for two thousand dollars.

By 1957, the church acquired property a few blocks away, but it only consisted of a basement. A chapel that could hold 250 people was built in 1963.

Due to the growth of the church and an increase in the cost of bills, Pastor Hardwick decided to move the church once more, and purchased the first seven acres of hillside where the church is located today. Brentwood architect Bill Sheldon was hired to design the sanctuary. 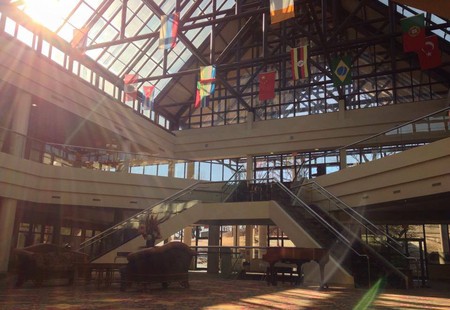 © Christ Church Nashville/Facebook
Give us feedback