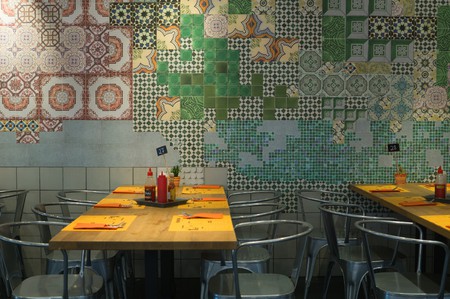 A city of carnivores, Bismarck, North Dakota, and its restaurants are known for their fresh, local meats and fish, including buffalo, pheasant, and walleye. Here’s where to experience the best of this city’s cuisine. 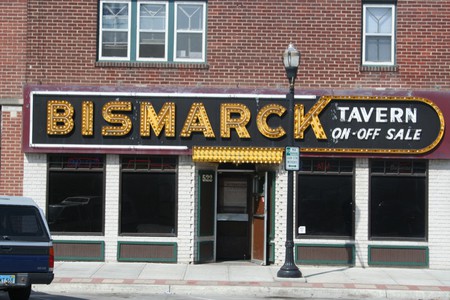 Open for dinner, lunch and drinks, the Bistro is set in a century-old carriage house, which has been converted into an upscale restaurant. The interior features Grecian-style art, rich gold-colored walls, and cherry wood accents, creating an inviting and sophisticated atmosphere. The Bistro serves new American cuisine along with Italian dishes, including pizzas and pastas. One of their most popular dishes is the Bistro Burger, a 10 oz. ground beef patty topped with peppered bacon, red onion, tomato, and American cheese, and served on a brioche bun. On Thursdays, the restaurant offers seafood specials, along with live entertainment. 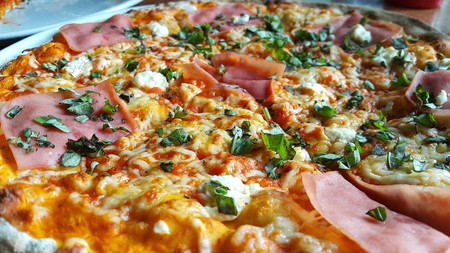 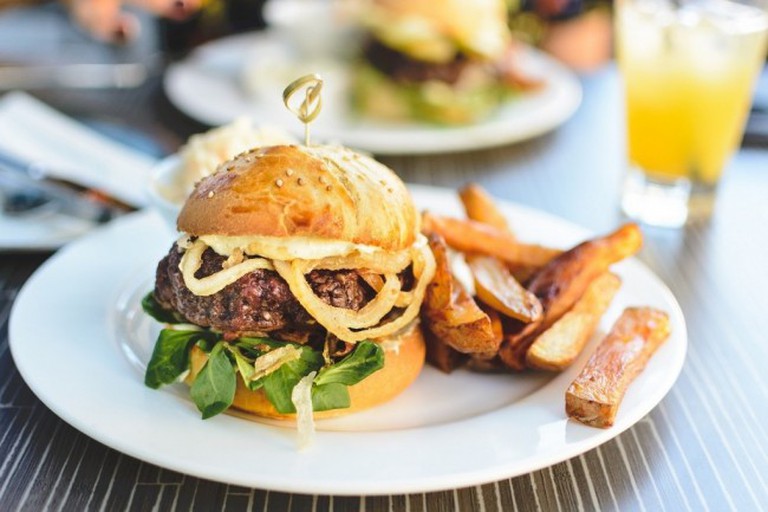 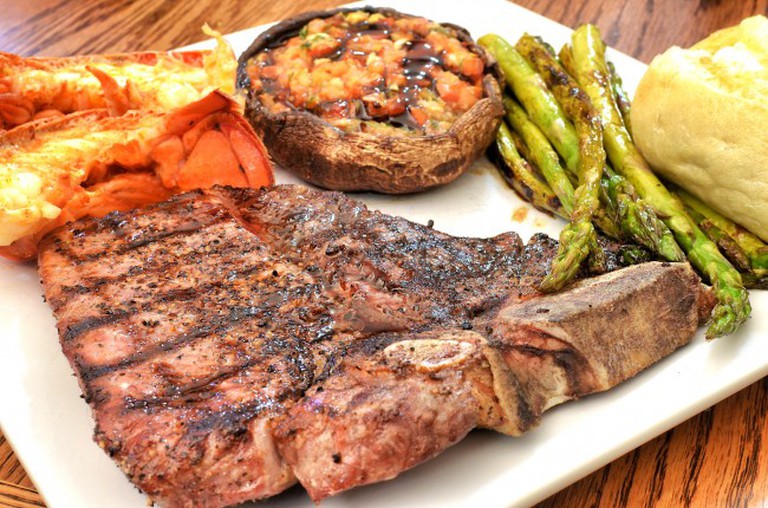 T-bone steak | © Jeffreyw/Flickr
Nestled in a slightly drab strip mall, The Walrus’s exterior may not create the best first impression, but step inside and you’ll find yourself immersed in a bustling, welcoming restaurant. A locally owned neighborhood favorite, the Walrus is known for its 40 American craft beers on tap, featuring darks like Boulevard Chocolate Ale, and unusual brews like New Belgium Heavenly Feijoa. In addition to the beers, the Walrus offers a reliable menu of pub fare, including pastas, burgers, pizzas, and steaks. Try the cajun-blackened salmon, or the shrimp diablo’: linguine pasta, peppers, roasted garlic, onions, green chilies and jalapeños in a hurricane cream sauce.
Open In Google Maps
1136 North 3rd Street, Bismarck, North Dakota, 58501, USA
+17012500020
Visit Website
Give us feedback

Open for more than 35 years, Fiesta Villa serves traditional Mexican cuisine, along with margaritas that have been voted the best in Bismarck. Set in the historic Northern Pacific train depot, this early 20th-century Spanish mission-style building sets the perfect atmosphere for the restaurant’s south-of-the-border menu. Fiesta Villa also offers an outdoor patio, where live bands are featured during the warmer months. The restaurant offers Happy Hour Specials every Sunday-Thursday, along with discounts appetizers like rolled tacos, nachos, wings, and taco pizza. 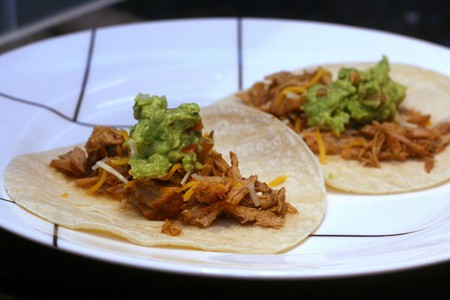 Pirogue Grill features a seasonal menu in a Midwest casual setting, with just the right amount of elegance. The restaurant’s long, narrow interior is decorated with original artwork, exposed brick walls, and metal work. There’s a bar area near the front, a private dining area in the back behind the main dining room, and an open archway where diners can watch the chefs prepared their meals in the kitchen. The menu features locally sourced and organic ingredients whenever possible, specializing in North Dakota-raised beef, chicken, pork, bison, walleye, and lamb. The menu also offers pasta and seafood dishes, as well as weekly specials, such as smoked pork tenderloin with fresh corn and potato chowder on Tuesday and Wednesdays; and seafood linguine with vegetables, herbs and saffron broth from Thursday to Saturday. 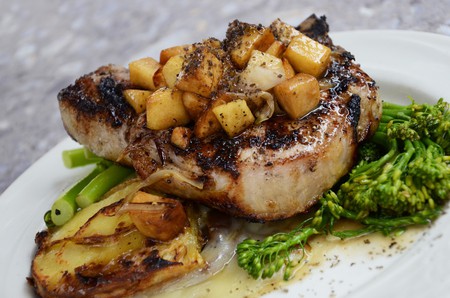 Set in the historic Patterson Hotel, Peacock Alley has been a Bismarck landmark for more than 80 years, known for its strong drinks and juicy burgers. This former hotel has a rich history of presidents, boxers, politicians and prohibition-era parties, which is highlighted by the old photographs lining the walls of the restaurant. Winner of the National Beef Innovator of the Year Award, the restaurant’s lunch menu offers sandwiches, wraps and burgers, while the dinner menu is all about steak, although seafood, sides and salads are also available. Peacock Alley also offers a popular Happy Hour from 3-6pm and 9pm close every day, with 23 beers on tap and martinis that have been voted the best in Bismarck. 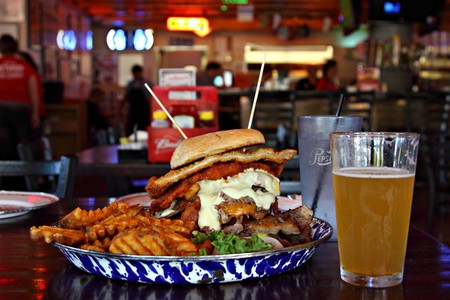 Every city needs that token Irish pub, where locals and visitors can gather for hearty food and post-work drinks, and the Blarney Stone is just that for Bismarck. The restaurant’s interior is carefully decorated to create the feeling of an authentic Irish pub, with plenty of brick work, an elaborate wooden bar, and a large, warm fireplace, all complemented by cheerful Irish music. The Blarney Stone serves classic Irish dishes, like shepherd’s pie and Guinness Irish stew made with slow-cooked tender beef. The menu also offers burgers, sandwiches, steaks and salads, along with a large selection of draft beer, liquor and wine. Blarney Stone Pub also offers a Happy Hour every weekday from 3-6pm, and daily food specials. 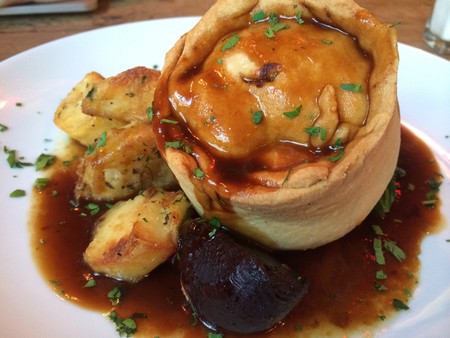 This locally owned restaurant began as a cheese and sausage shop in the 1970s, evolving over the years to become one of the city’s best sandwich shops. Open for lunch every day, Country House Deli focuses on homemade dishes, quality ingredients, and efficient service. The menu features lunch time staples including salads, homemade soups and chili, as well as hot and cold deli sandwiches. Try the Bismarck Deli, made with ham, bacon, pastrami, swiss cheese, coleslaw and horseradish sauce; or the Super Deli, which is packed with turkey, ham, salami, muenster and Colby cheeses, lettuce, tomato, peppers, onions and pickles. The restaurant also offers an exceptional selection of coffees and desserts, along with daily specials. 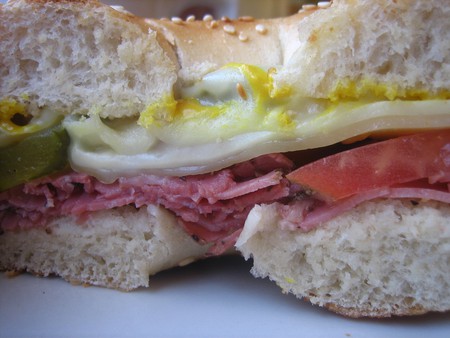 Considered by many to serve the best pizza in Bismarck, the Toasted Frog is a lively restaurant offering a diverse menu of dishes, all made from scratch. The restaurant is well-known for its spectacular wood-fire pizzas, including Roma-Dakota, which is topped garlic-infused olive oil, sun-dried tomatoes, pheasant confit, artichoke hearts and fresh mozzarella; and barbecue pork, made with pulled pork, chipotle barbecue sauce, and caramelized onions. The welcoming interior has an industrial-chic atmosphere, with high exposed ceilings, wooden flooring, and metal chairs. In addition to pizza, the Toasted Frog offers sandwiches, steaks, seafood, burgers, pheasant, and the restaurant’s namesake, breaded frog legs. 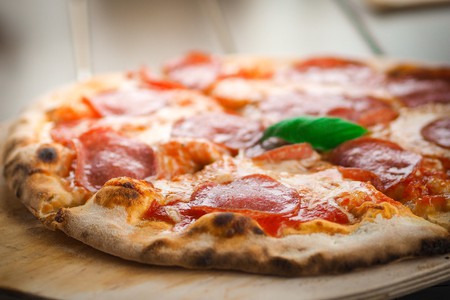 Recently taken over by new management, East 40 Food and Drink is currently being refreshed and reinvented as 40 Steak and Seafood. The new restaurant maintains the intimate atmosphere and romantic setting that made East 40 Food and Drink a date night favorite among locals. The redesigned restaurant features five dining rooms, each reflecting a different aspect of North Dakota’s heritage and industry. For example, the ‘Women of the Prairie’ room is filled with artwork depicting early women settlers, while the ‘Cattlemen’s Room’ is dedicated to the ranchers of North Dakota. With a focus on excellent beef and fresh seafood flown in daily, the new menu also includes some influences from Mexican and Asian cuisine. 40 Steak and Seafood offers daily a Happy Hour with special drink prices, and deals on snacks like edamame and veggie rolls. 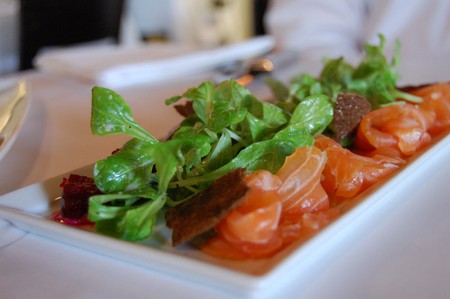 smoked salmon | © stu_spivack/Flickr
Give us feedback